Bring out the pizza and pasta--the tifosi are having a party
by Sharleen Banzon | Sep 7, 2013

Friday practice saw a lot of the following: curb-riding; missed braking points and showers of brake dust; detours over sleeping policemen and around penalty chicanes; excursions into gravel traps; and waves of red all around the racetrack. It could only mean one thing: Formula 1 is at Monza, the temple of top speed.

The Italians are crazy about Ferrari, and they\'ve fully embraced lead driver Fernando Alonso since his first season in 2010, especially after he took victory in this venue. Will the tifosi have the last laugh when the checkered flag falls on Sunday? Here\'s what we think.

1. The front row will be occupied by Mercedes and Ferrari. Despite the ominous form of Red Bull in the afternoon shakedown, the qualifying order on Saturday could be closer to that of Friday\'s morning session. Why is that? First, because Merc\'s favorite party trick is to act all helpless and confused during practice, only to come out mighty and unbeatable the day after. Second, because Ferrari is expected to run Alonso and his sacrificial lamb Felipe Massa in slingshot-pass formation for qualifying. Done correctly, slipstreaming could save a lot of lap time around these parts. You don\'t expect the Red Bull drivers to give each other a tow now, do you? They\'re more likely to give each other the finger.

2. For some Monza mayhem, there will be rain and a first-corner melee. We\'re still miffed about the Belgian GP\'s dry conditions a couple of weeks back, so we really want the predicted rain for Sunday to materialize this time. All the drivers survived the last grid start unscathed, too, but at this season\'s final European venue, they have to shuffle into a narrow chicane--the Variante del Rettifilo--without losing a front wing, a tire, or some other piece of bodywork.

Quick note: Romain Grosjean missed the Italian GP last year to serve out his one-race ban after causing carnage in Belgium. If he were right next to us on the starting grid this Sunday, we\'d tell our pit wall to have the crew and some replacement parts ready. For good measure, we\'d also be praying there\'d be something left to repair.

3. Ferrari Driver Academy graduates Sergio Perez and Jules Bianchi will have good results. Perez\'s second-place finish at Monza in 2012 was one of the things that got him signed by McLaren in a case of strategic talent poaching. While his current car won\'t help him replicate that result this year, a points finish should be manageable for the Mexican.

Bianchi, meanwhile, must settle for beating the other guys on the bottom two teams. And even that is a challenge--the Caterham cars have a bit more pace than his Marussia. What he has going for him, however, is the distinction of being the best driver among the rookies and the backmarkers.

4. Toro Rosso in the points, Sauber out of it. Pretty straightforward prediction with regard to these two Ferrari-powered squads, although with 53 laps of Monza to run, its coming to fruition will likely be anything but straightforward.

It\'s plain to see that this year\'s Sauber just isn\'t the second-place-clinching car it was last year, so if either Nico Hulkenberg or Esteban Gutierrez proves us wrong with even just a single point, that may be considered a good-enough achievement. As for Toro Rosso, we\'re waiting to see if Daniel Ricciardo will be able to keep up his form following the confirmation (at long last) of his Red Bull signing. Jean-Eric Vergne had a better start to the weekend on paper.

5. Of the top three drivers going into this race, one will win and one will fail to score. Here\'s a virtual cookie for you if you correctly guess who among the championship contenders we\'re casting into haplessness. For a bit of fun, we hope this prediction will involve Fernando Alonso and Sebastian Vettel again tussling at Curva Grande to disastrous consequences. They\'ve had a thing for that high-speed right-hander two years running.

Qualifying and the race start at 8pm today and tomorrow, respectively. If you won\'t be able to catch the start of the race, do try to tune in as soon as possible--the Italian GP tends to be the shortest event on the F1 calendar in terms of running time. 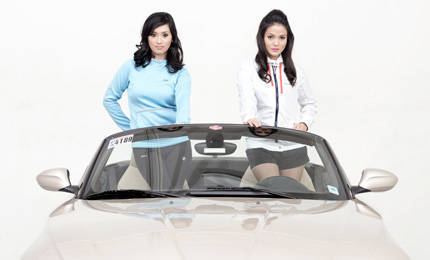