One man’s trash is another man’s treasure, right? Well, this restomodded Maruti Suzuki Omni from the guys at Holy Shift Garage is a prime example of that.

The Omni—also known as the Carry in other markets—is an 800cc van that was sold in India for more than 30 years. Like the Jimny here in the Philippines, India’s Omni was sold for several decades but it only saw a few facelifts across those years.

This project is what the guys call a tribute to the iconic family car. Simply put, what they did was take a rotting little van, strip it bare, and then rebuild everything from the ground up. A fitting tribute, right? Anyway, if you want to check out the full build, you can watch the video below.

So, naturally, the original engine on the Omni they got was no longer running. It was replaced with another Maruti engine, but this one was from a Gypsy—a slightly bigger 1.0-liter four-cylinder powerplant. The Omni’s drivetrain, axles, and suspension were also reworked for increased track width and ride height. Take note, though, that they didn’t go full bonkers and put in a 4x4 drivetrain.

The Omni’s body was overhauled, too, of course. Aside from a fresh two-tone paint job, there is now an external roll cage and a roof rack. The sliding door on one side was sealed in, while the door on the other side was converted into a gull wing. Up front, a bull bar, a bash plate, and six auxiliary lights were fitted in, and there’s also a massive light bar at the rear.

Also, what’s interesting here is that Holy Shift Garage specializes in motorcycles—the Omni here was its first car build. But of course, they made sure that riders will love the vehicle, too, so they mounted a motorcycle rack out back. That’s apparently for a second motorcycle, because one bike can already fit inside the van itself. To cap off the whole apocalypse-ready look, there’s also a jerry can mounted on the side.

The end result was named the ‘Gymni’—the guys say it’s because this Omni looks like it just hit the gym, but we assume it’s a combination of Gypsy and Omni. You might have seen it before because the original video’s almost a year old already. We can’t say for sure if it’s on sale, unfortunately, because the post has no price indicated.

That said, if it was available and you had the chance to grab it, how much would you pay for the Gymni? You can also check out more photos of it below and tell us what you think about it afterwards. 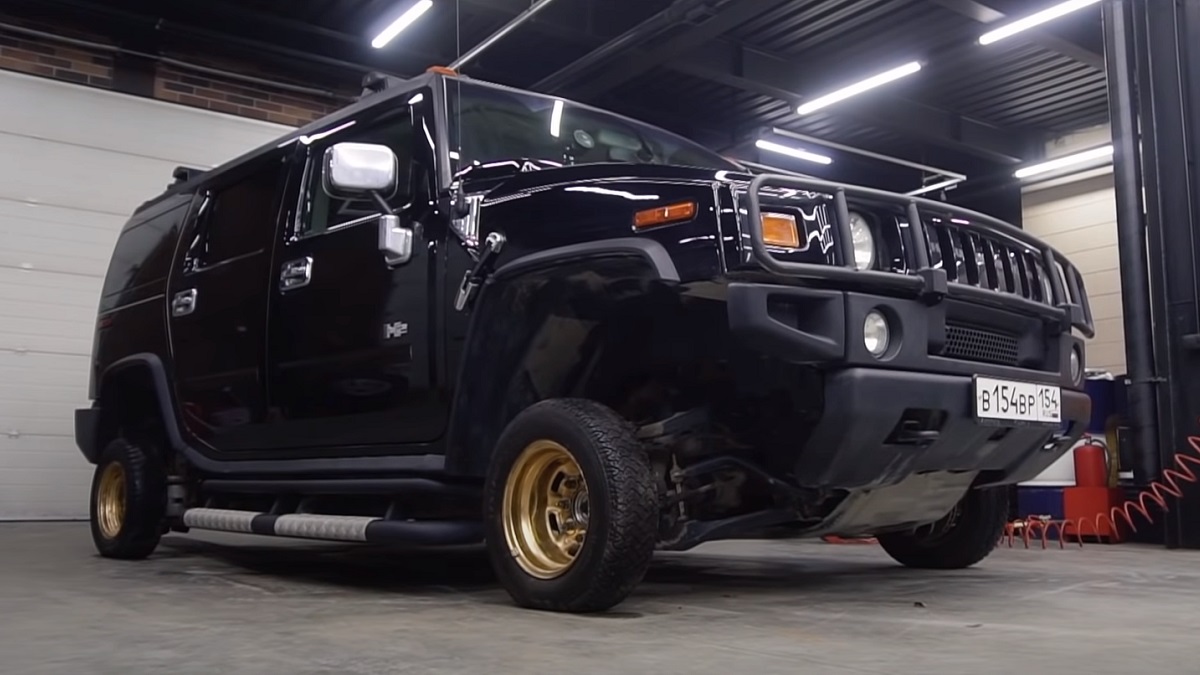 These guys just slammed a Hummer H2 using 13-inch wheels
View other articles about:
Read the Story →
This article originally appeared on Topgear.com. Minor edits have been made by the TopGear.com.ph editors.
Share:
Retake this Poll
Quiz Results
Share:
Take this Quiz Again
TGP Rating:
/20