Just because it's All Saints' Day, we drive a real funeral hearse 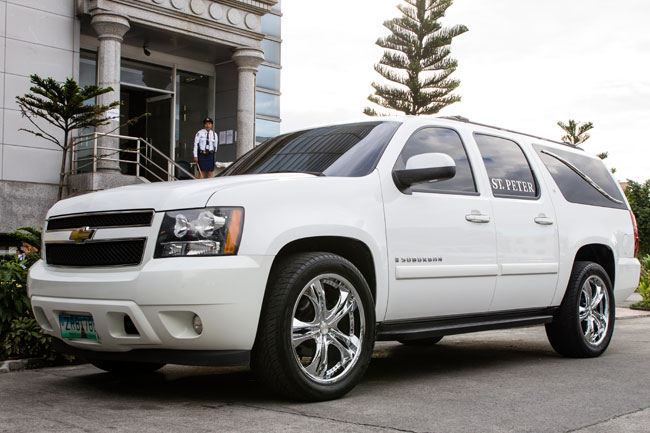 They say the only things constant in life are death and taxes. If everyone had a choice, we’re pretty sure we’d rather not deal with either of the two.

There are some companies, however, that not only face death on a regular basis, but have made it their lifeblood. We’re talking about memorial service providers, and the discreet but necessary amenities they make available to clients.

We had the opportunity to meet the biggest memorial service company in the country, and we learned many interesting things about the business. St. Peter Memorial Chapels has been around since 1975, and since then it has grown to capture roughly 25-30% of the memorial service industry.

We visited one of its bigger branches, the La Loma (Caloocan) branch. There, we met company vice president Jonathan Vitangcol. The facility has more than 30 chapels housed inside the tall main building, as well as a sprawling parking lot in front. All in all, St. Peter has 12 so-called Mega Chapels in major cities, and more than 200 chapels nationwide.

Being an automotive website, we naturally focused on the company’s vehicle fleet. And it’s hard not to notice the stylish Chevrolet Suburbans with 22-inch wheels parked on the driveway. According to Vitangcol, the large American SUVs are now St. Peter’s main hearse vehicles, and it now owns and operates at least 75 Suburbans--done only in black or white.

The choice of this Chevy model is not merely for appearances, although we admit they look formal and dignified even with a little bling. Vitangcol says the Suburban is one of the very few vehicles on the market that can accommodate the size of a standard coffin easily. The length needed for a coffin is at least 210cm, which is about seven feet. The vice president said his company has tried other large vehicles, but they had to skew the coffin a bit, which was awkward.

Other than the rims and the flat cargo bed, the only other modifications done to the vehicles are GPS devices and external speakers.

Augmenting this fleet of Suburbans is a larger pool of support vehicles. St. Peter also owns 15 Chevrolet Silverado pickups and an astounding 570 Hyundai Starex vans. The Silverados are used as flower transports, while the Hyundais can be used either as hearses when needed, or also as flower transports. A supplementary number of Mitsubishi L300s serve as support vehicles for ferrying staff and equipment around.

With such a large motor pool, St. Peter has special ways of servicing its vehicles. The importance of keeping the hearse fleet in good running condition cannot be overstated. A breakdown during a funeral march is simply unacceptable. Thankfully, no incident like that has occurred yet, according to Vitangcol. And despite the large V8 engines in the Suburbans and the crawling speed of processions in the provinces (Manila-based funerals tend to move at a normal pace), the vehicles have never experienced any overheating.

For the Suburbans and the Silverados, there is a dedicated crew of Chevrolet-trained mechanics to make sure all the American trucks are in good running condition. Same with the Hyundais, as an outsourced team maintains the Starex vans.

In addition, St. Peter drivers are trained to perform basic mechanical repairs on the vehicles in case something untoward happens. On top of that, they are expected to be courteous to clients, and have a professional driving license.

We tried to see what it was like to be a hearse chauffeur by driving one of the Suburbans. For the front seats, the St. Peter SUVs are the same as any stock Chevy. But right behind the driver and the front passenger is a transparent glass wall, and beyond that is the space for the coffin. One might say that this cargo area is the last physical ride people take.

We also noticed that the driver’s seat didn’t push all the way back, obviously because of the length requirement of the precious cargo in the back.

Even with our quick drive, it was apparent that the Suburban was overpowered. With a V8 under the hood and only two front seats, the Chevy was hauling far lighter than the nine people it was designed to carry.

Other than that, it felt like any large SUV. Despite the rather morbid idea of what this vehicle’s primary cargo was, there was no feeling of dread or anxiety. Only online managing editor Tracy Carpena was apprehensive during the whole shoot.

We left the St. Peter La Loma branch more informed and enlightened about this somber but inevitable business. We still don’t relish the idea of death and taxes, but there’s comfort in knowing that it's professionally done when it's time.

We've prepared a short video about our experience, and you can watch it here. 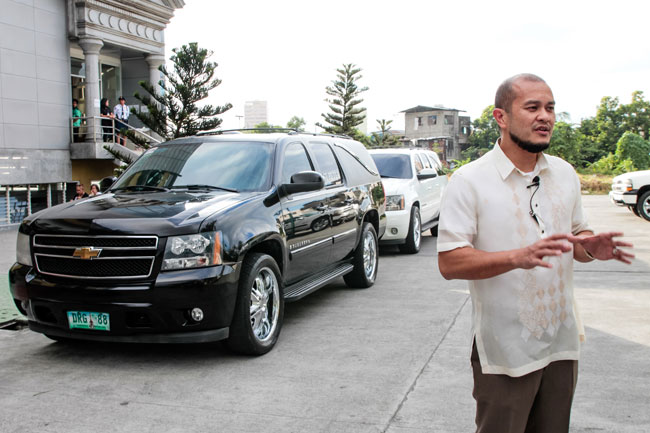 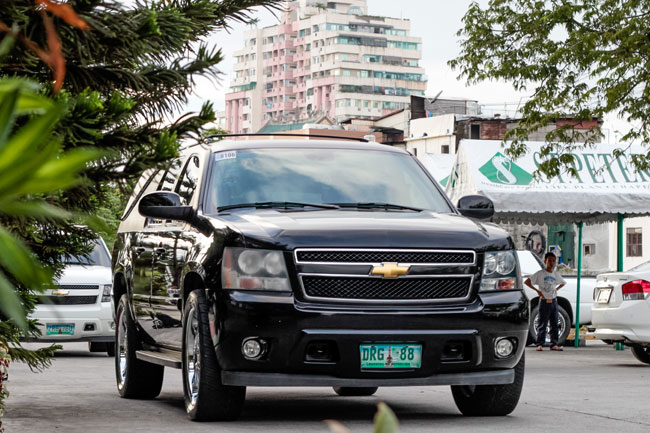 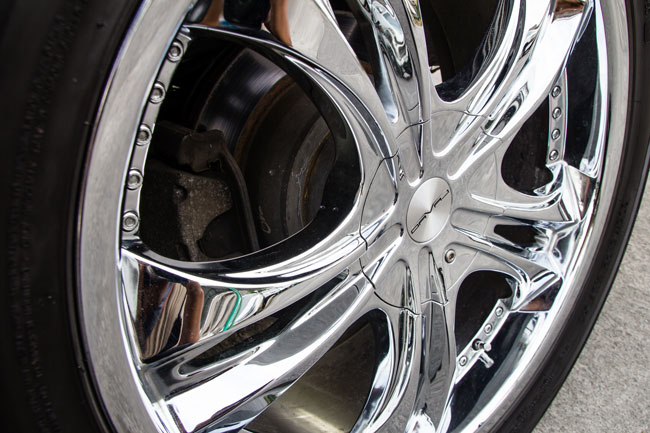 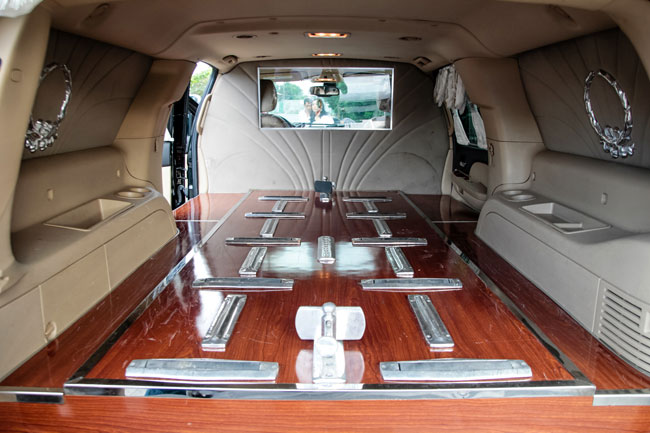 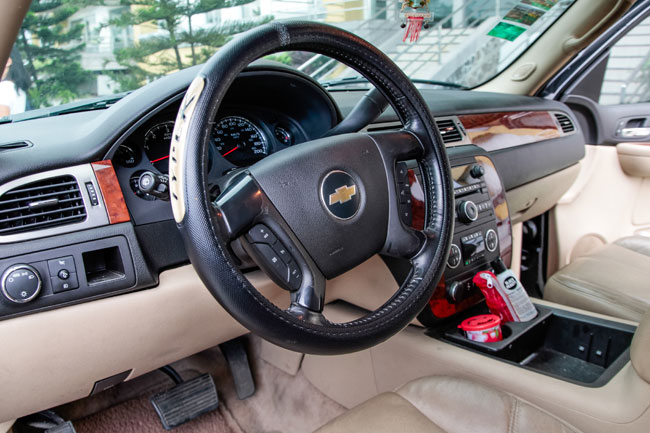 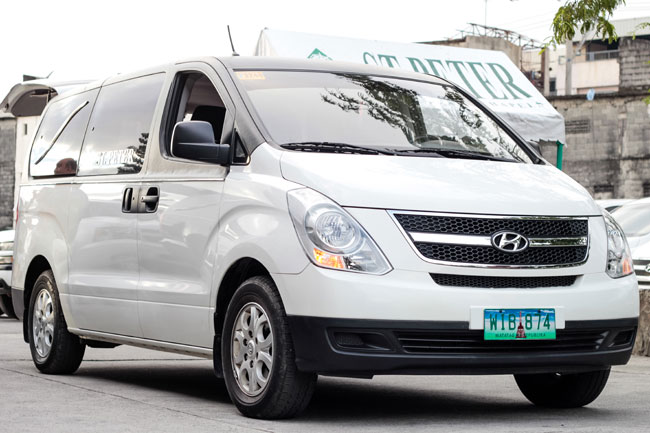 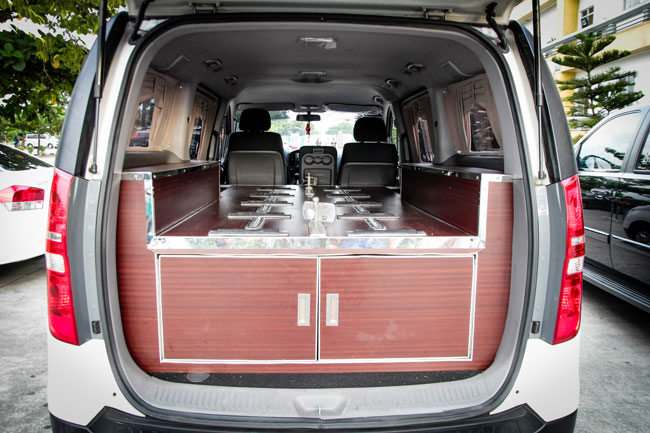 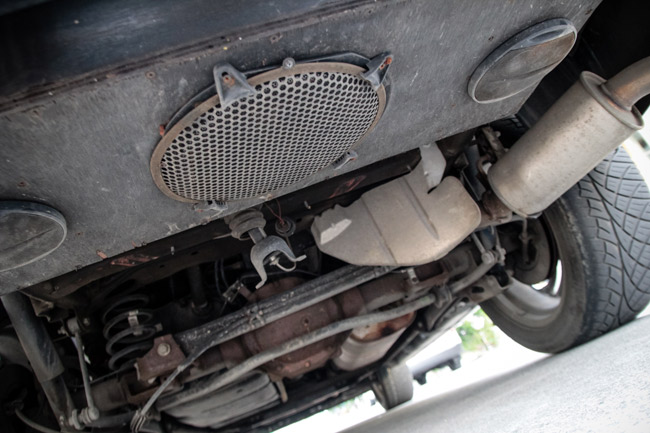 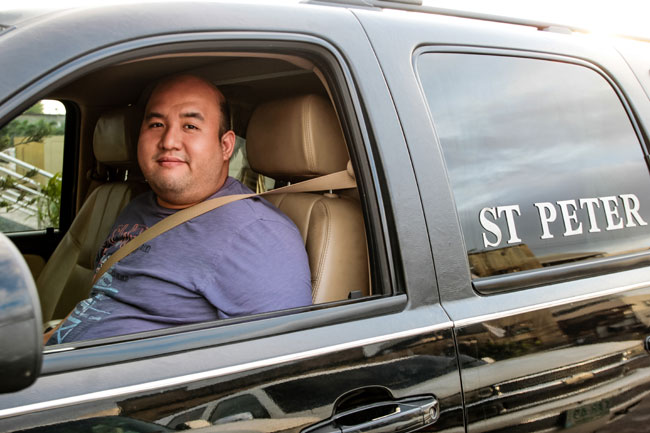 Instagram post of the day: Have you seen how electrocoating is done?
View other articles about:
Read the Story →
This article originally appeared on Topgear.com. Minor edits have been made by the TopGear.com.ph editors.
Share:
Retake this Poll
Quiz Results
Share:
Take this Quiz Again
TGP Rating:
/20