It\'s another Formula 1 weekend coming up, but apart from the premier series and its stars, we\'re also keeping an eye on the feeder events and the young guns competing in them--especially Formula Renault 3.5 and Filipino F1 hopeful Marlon Stockinger.

This weekend\'s glitzy Monaco leg is Marlon\'s first time back on the track after his successful demo with the Lotus F1 Team at the \"Manila Speed Show\" a couple of weeks ago. While the Lotus F1 Junior Team member has yet to score points in the Formula Renault 3.5 series this season, he is hoping to draw from last year\'s GP3 success on the streets of Monte Carlo to get himself on the board.

\"Monaco is a track that I won on last year,\" Marlon said during a dinner hosted by Globe Tattoo, one of his primary sponsors, two weeks back. \"This year will be a bit tougher--it\'s in a new series and I\'m up against more experienced drivers. But definitely, I will try my best to repeat last year\'s result and come away with good points.\"

His previous win in Monaco aside, there\'s one other advantage Marlon holds over some competitors. \"Thankfully, I was blessed with some Pinoy genes because I\'m not that tall!\" he joked. \"That\'s unfortunate for me, but good for racing. As soon as you start reaching around 75kg, you could be at a bit of a disadvantage. [Drivers like] Mark Webber and Jenson Button are quite tall, so they have to keep their weight low.\"

Asked what his favorite part of the Monte Carlo track is, Marlon replied, \"It has to be Piscine--the swimming pool--because you have so much speed going through there, and you\'re so close to the wall. It requires a lot of courage to take the corners quite fast. There, you can really see and feel Monaco as well. You have the boats to the left and the grandstands to the right.\"

Four races in, the Formula Renault 3.5 championship is currently led by DAMS driver Kevin Magnussen with 63 points. That\'s quite a staggering lead, but a much more achievable target for Marlon is Lotus teammate Marco Sorensen, who has three points to his name. One good race and Marlon can easily close up that gap. As they say in racing, the first person you have to beat is your teammate. 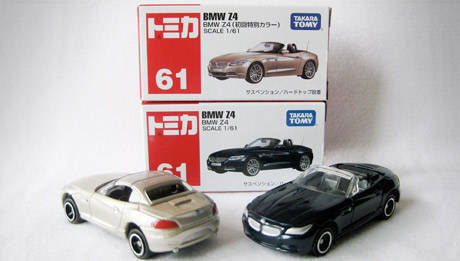 Tomica releases BMW Z4
View other articles about:
Read the Story →
This article originally appeared on Topgear.com. Minor edits have been made by the TopGear.com.ph editors.
Share:
Retake this Poll
Quiz Results
Share:
Take this Quiz Again
TGP Rating:
/20