One of Top Gear's, er... bigger members takes a closer look at the tiny car
by Dinzo Tabamo | Dec 3, 2009
CAR BRANDS IN THIS ARTICLE 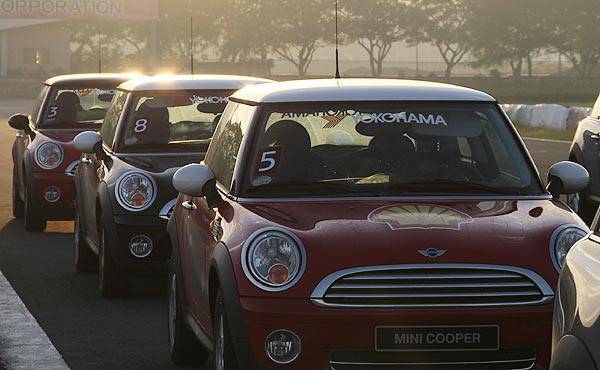 After years of whetting the automotive appetite of the local market, MINI finally made its formal debut in the country last month at the Clark International Speedway. Official distributor British United Automobiles, Inc. held an event called the Mini Drive Experience from November 19 to 21 for media members and potential customers.

Yours truly was one of the happy media members invited to this event, and while I would have been happy to drive the cars at a leisurely pace around the new Clark Speedway, the organizers had other plans. The presence of racing driver Georges Ramirez on the track was certainly an indicator that "leisurely pace" was not on the agenda.

The sight of more than a dozen MINIs on the track was already whetting our appetites, but British United covered all the bases for this event. Instructors and staff from BMW Asia in Singapore were flown in to orient the participants on the MINI cars. They even served fish and chips at the snack bar.

The big bosses of British United, president Willy Tee Ten and general manager Michael Cua, were very visible throughout the event, talking with participants and making sure the MINI experience proceeded without a hitch.

I have to say it was a well-executed event (and I'm not just saying that because I'm sucking up for some test drives in the future). Marketing communications manager MM Baybay's sleepless nights made sure we all got a memorable MINI experience.

After grouping us into, er, groups, we took turns listening to the orientation from BMW Asia reps and driving around the track. Once it was our group's turn to have a go at the MINIs, we all walked as fast as we could towards the closest MINI without a driver. There was no need to be choosy, it was the first time to drive a MINI for most of us.

I landed in a MINI Cooper Clubman with Motoring Today cameraman Matt Mallari. Our eyes were still roaming over the Clubman's exquisite switches and buttons (see the January 2010 issue of Top Gear magazine for a review of the Clubman) when Georges' voice crackled over the two-way radio.

We were to follow him in the lead MINI--also a Clubman--around the Clark Speedway track. Behind him were two MINI Cooper hatchbacks and our Clubman. Matt drove first, and in a minute I was clinging to my seatbelt because Georges' pace required us to keep our right foot planted on the accelerator. Our veteran racing instructor was probably trying hard not to fall asleep with our slow pace, he was even giving instructions on the radio all throughout. But Matt and I were both tossing and turning inside the car (and you know how hard it is for me to be tossed).

When it was my turn, I did my best to keep up with the MINI convoy, and for the most part succeeded. Driving a MINI was already a great driving experience, but the sensation of clipping the apexes of the Clark Speedway and gunning the Clubman on the straights, this exceeded all my expectations.

This was definitely a brand arrival worth waiting for. 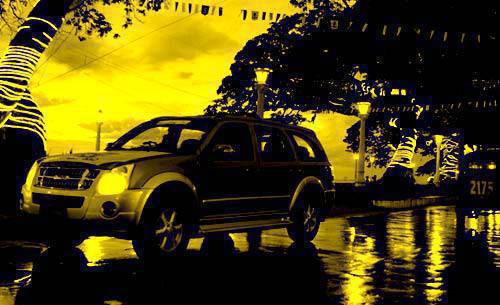 Trick or trip
View other articles about:
Read the Story →
This article originally appeared on Topgear.com. Minor edits have been made by the TopGear.com.ph editors.
Share:
Retake this Poll
Quiz Results
Share:
Take this Quiz Again
TGP Rating:
/20