Our consumer editor took it to Baguio
by Botchi Santos | Dec 25, 2014
CAR BRANDS IN THIS ARTICLE 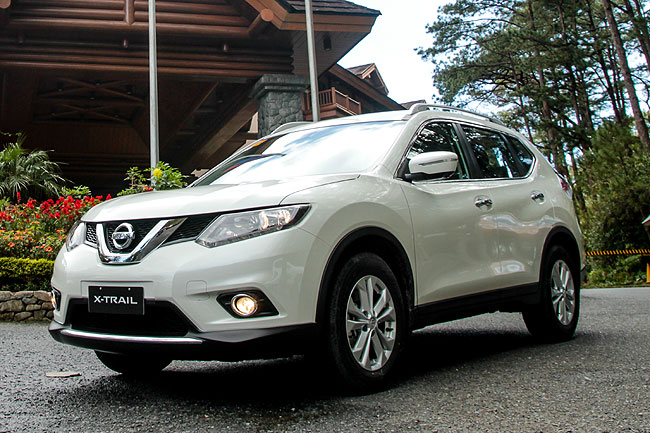 With a tagline that says testosterone-driven, you know the all-new Nissan X-Trail is a radical departure from the two previous compact crossover SUVs that preceded it.

The third-generation X-Trail is built atop the Nissan-Renault Common Module Family platform and assembled in the company's Kyushu factory. It's a segment-buster, having third-row seats to allow it to compete with diesel-powered, pickup-based SUVs and its traditional segment competitors (Honda CR-V, Toyota RAV4, Mazda CX-5 and Subaru Forester). The 2,705mm wheelbase not only allows for a third-row seat, but provides high-speed highway stability as well. You also get 425L of cargo space with the third-row seat up. Drop both second- and third-row seats, and you get almost triple this amount.

CVTs are making a comeback, with Nissan installing it in the X-Trail, the Sylphy, the Altima and other future Nissan vehicles hitting our shores as well. Honda has also made a comeback with CVTs, as the Jazz and the City both come equipped with a CVT.

Inside, the NASA-developed Zero Gravity seats seem like a gimmick until you've rested your bum on them for a good five to six hours of nonstop driving. Only then will you realize how cool your backside feels, how comfortable you feel, and how there's a surprising lack of soreness in your legs and hips. This stuff truly is rocket science.

Seating position isn't only comfortable, but excellent. The three-spoke steering wheel adjusts for reach and rake. There are buttons for cruise control and the multimedia system, and a 5.5-inch LCD screen that has the ability to display multiple angles around the car to make parking a breeze. Of course, there's mobile phone and media-device connectivity via Bluetooth, USB cable and auxiliary jack.

Leather isn't standard in the top-model All-Mode 4x4, which comes with vehicle dynamic control and hill start/hill descent assist (HSA/HDA). Both 4x2 and 4x4 variants get ABS-EBD brakes and dual front airbags. Getting the dealer-fitted leather interior option is cheap at only P25,000 or less.

Nissan Philippines took us on a road trip up north a few months back. We got to enjoy fine food from renowned international Chef Claude Tayag, great company with NPI executives and media colleagues, and chilly weather up Baguio along with an early-morning round of golf. We loaded up our X-Trail 2.5 with overnight stuff, golf bags and a cooler filled to the brim with drinks and snacks.

The X-Trail made short work of our cargo and soon found ourselves zooming up NLEX, entering San Fernando, Pampanga, for a full-on nine-course degustation served by Chef Tayag. When I felt I couldn't take any more food, we made a quick French exit and decided to head up early to Baguio to enjoy the scenic drive.

Entering SCTEX, the X-Trail impressed with its excellent NVH insulation. Cruising 110-120kph, the X-Trail felt serene and relaxed--it was as if we were moving at walking pace as the scenery gently rolled past. Leaving SCTEX, we headed to TPLEX. While TPLEX isn't as wide or as flowing as SCTEX, it nonetheless makes voyages up north easier and more relaxed. We were able to avoid a number of towns in Pampanga, Tarlac and parts of Pangasinan. Local tourism up north will experience a massive boom once TPLEX is fully completed in 2015 all the way to Rosario, La Union, eliminating as much as two hours from your driving time up north. (Now, if only the government can find a way to reduce your travel time by that much traversing EDSA from end to end.)

As we reached the end of TPLEX, a quick sign showed a detour for an alternate route going north via the Maguilas Trail. The Maguilas Trail is an excellent piece of road that has it all--long stretches, blind tight corners, flowing curves, smooth surface and some broken tarmac thrown in for good measure--a real test of a car's suspension and chassis integrity.

The X-Trail has three impressive electronic driving aids that help smoothen your ruffled feathers on these demanding roads. The active engine brake system automatically downshifts the transmission to provide engine-braking, helping slow down your vehicle without relying on the brakes too much, which can lock up under bumpy roads, causing you to lose control. Exiting a turn, it also ensures that the vehicle is in its power band.

Active trace control is much like dynamic stability control and torque vectoring. Upon hard cornering, the X-Trail can automatically apply brakes to the inner or outer side brakes to help smoothen your lines through successive turns, which helps immensely when entering a blind, tricky, decreasing-radius and slippery corners like the ones we passed through the Maguilas Trail.

The last bit of electronic driving aid is the active ride control. It isn't a magic-carpet air-suspension setting, but rather a simpler means of smoothening your comfort. Imagine multiple forces acting against the X-Trail. The x-axis is the force going up and down your car, caused by bumpy roads or wind buffeting on the underside of your car. The y-axis would be the forces caused by braking or acceleration as well as cornering (lateral acceleration). The active ride control automatically brakes the X-Trail a wee bit, or adjusts the engine's torque output by controlling the rpm and/or simulating an upshift to help diminish multiple opposing forces, which cause more instability on your X-Trail. It doesn't make a dramatic difference, but can be felt more in the stability and security under hard braking and acceleration. Impressive bit of kit here.

Finally, we hit the winding, challenging uphill ascent that was Marcos Highway. It's not as difficult as Kennon Road, but far safer and more scenic. We attacked this highway with gusto, slowly but surely increasing our pace.

The X-Trail's suspension has oodles of grip and compliance. The bumpy sections failed to kick us off course despite our serious pace. I ditch-hooked the X-Trail whenever I could, Initial D-style. This is to get the most out of my speed without braking into the turns, carrying as much speed through. Most turns--especially hairpins--were often followed by steep ascents where you'd need all the power, speed and momentum to keep the drive exciting and yourself totally focused and committed.

Finally, the sights, the sounds and the smell of Baguio greeted us. The X-Trail was impressive: powerful engine, well-modulated brakes, responsive transmission, and a roomy, comfortable interior.

The compact-crossover establishment had better watch out, because the X-Trail has them in sight. It's priced very well starting at P1.375 million, with the 4x4 variant costing P1.580 million.

This crossover SUV is unique as it seats seven and has a very fuel-efficient powertrain (averaging 9km/L on our trip, with bursts of 14km/L on the highway and a more realistic 7.8km/L in the city). In addition to its impressive Zero Gravity seats, the X-Trail is really honest-to-goodness fun to drive, and is packed with safety aids. What more can you ask for in a modern family car? 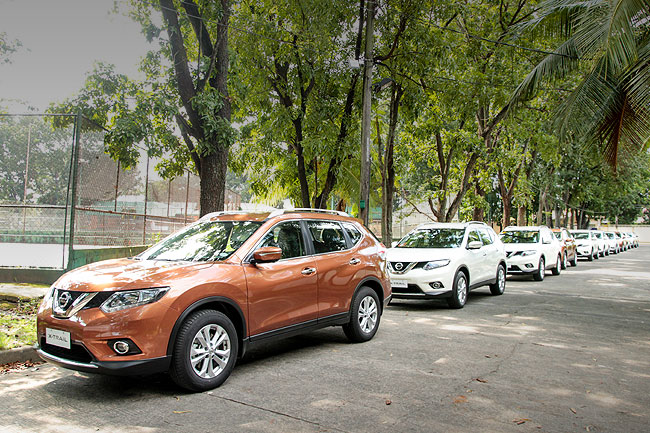 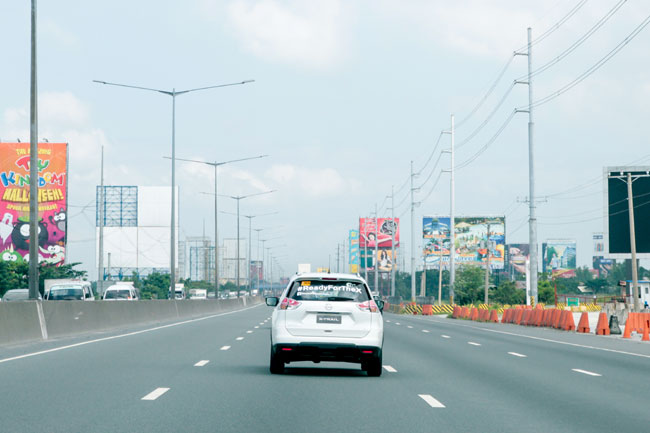 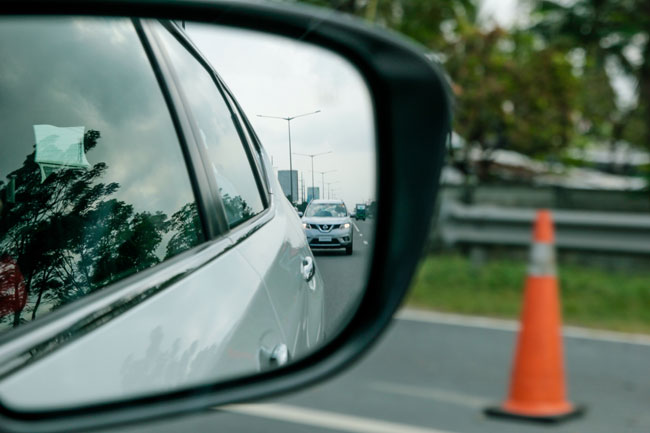 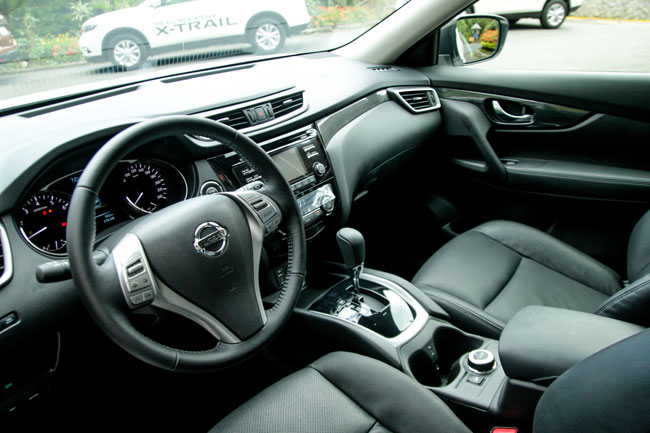 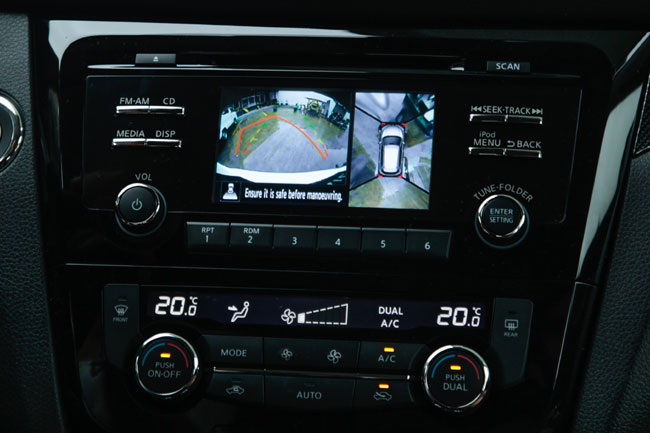 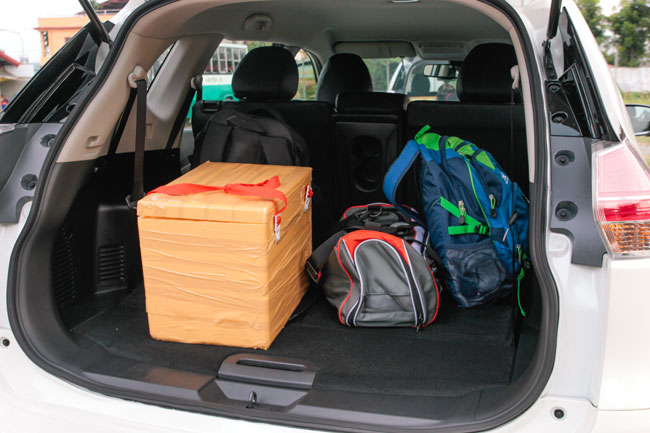 The year 2014 in retrospect: Top 10 local automotive industry stories
View other articles about:
Read the Story →
This article originally appeared on Topgear.com. Minor edits have been made by the TopGear.com.ph editors.
Share:
Retake this Poll
Quiz Results
Share:
Take this Quiz Again
TGP Rating:
/20