If horsepower could kill
by Vijay Pattni | Jun 2, 2017
CAR BRANDS IN THIS ARTICLE 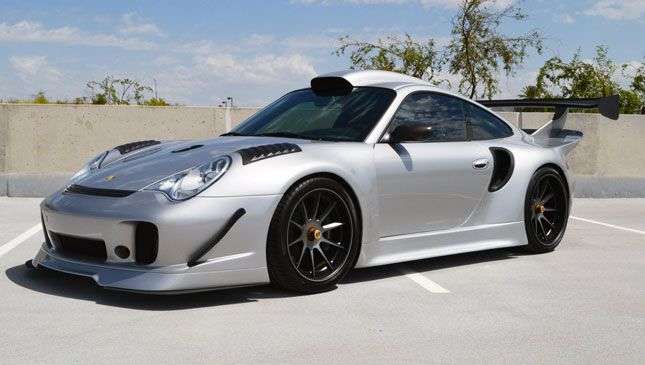 What am I looking at?

One of McLaren Scottsdale’s most interesting offerings. The US dealer has in stock a very rare, highly modified, and hugely powerful Porsche 911 GT2 for sale, and though it is quite indecently expensive, it brings with it a great many customizations, which we shall attempt to detail here. 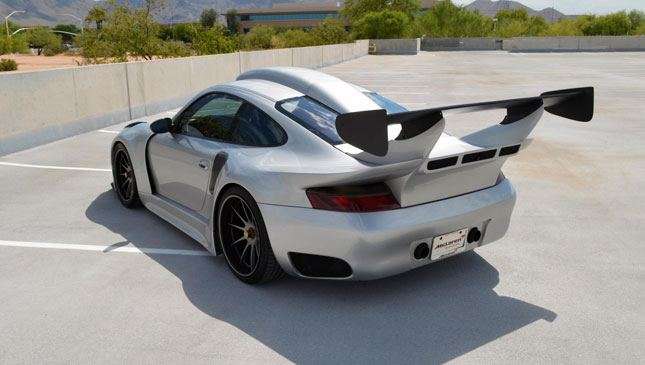 I can see a ROOF SCOOP.

Correct. The exterior has been fitted with a custom ‘Lexan’ rear window with an integrated scoop.

Let’s be honest here–almost everything is made better with a roof scoop. Tell us we’re wrong. 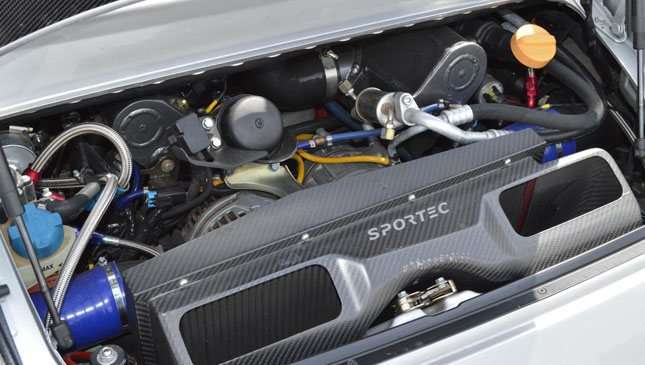 You’re not wrong. What else has it done?

How much time do you have? This thing has its very own build thread that details its life (it’s been put together in California), but we’ll start with the power, because there’s lots of it and it must be discussed.

It features a 3.8-liter engine, but uses Mahle cylinders and ‘skirtless’ race pistons, gets an RSR crank, Carillo lightweight racing forged rods, GT3 Cup heads, cams and valve train, throttle bodies, and a carbon throttle actuation system from Porsche itself, along with a pair of Garrett GTX30R water-cooled turbos. 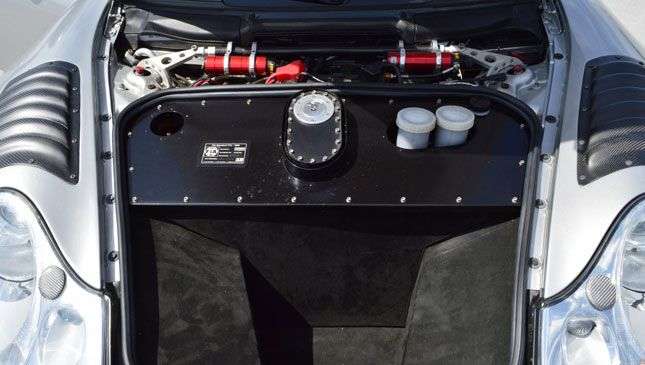 And a fire extinguisher. 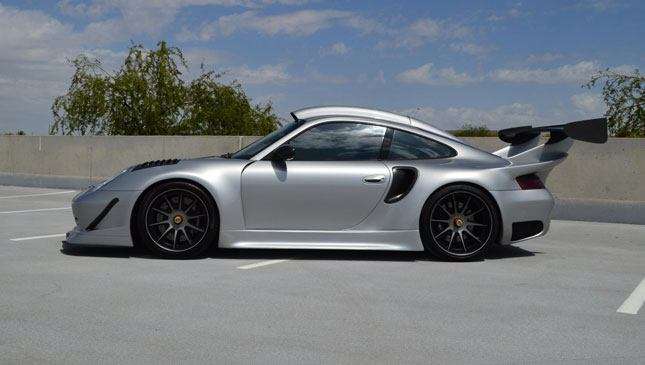 But what does all of this even MEAN?

On normal pump fuel, you’re looking at the very thick, very scary end of 1,083hp at the wheels. The rear wheels, of course. 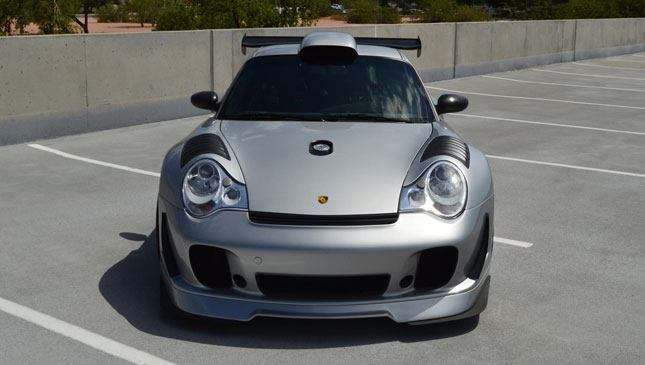 I need to lie down.

No time to sleep. There’s plenty more left to cover. The synchros on the gearbox are steel, it’s got a lightweight Guard GT limited slip diff, heavy duty bearings, a lightweight clutch and flywheel, and a few bits from the Porsche factory. 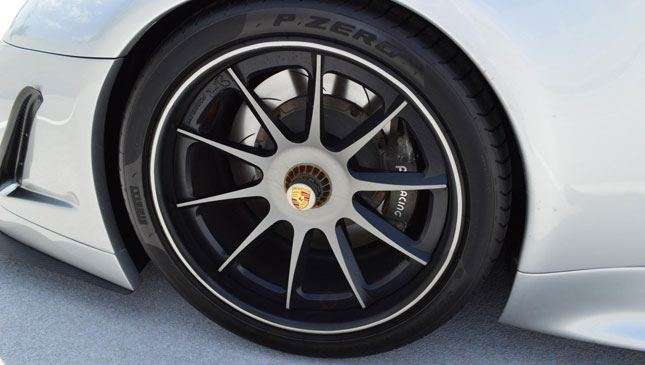 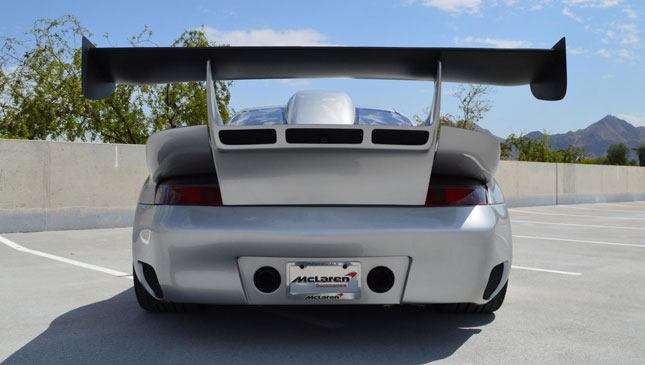 I get it–it’s been hugely modified. Can I go now?

Not yet. We need to talk about the exterior. Because it sports a full custom DP Motorsports carbon Kevlar body kit. 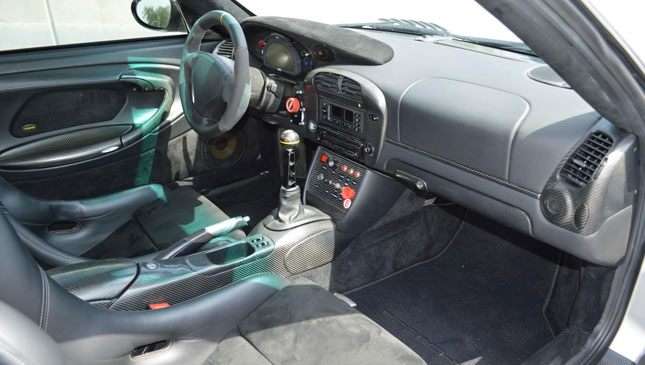 I’m fully on board with the roof scoop.

Good. Because once you get on board (see how we did that?), you’ll be sat in Porsche carbon Kevlar race seats with five-point harnesses, ogle over black Alcantara-covered surfaces across the dash, panels, headlining, instrument surround and steering wheel, notice the MoTec electronic dash, and marvel at the Kenwood stereo system.

There are more things, but we suspect your patience is running thin. 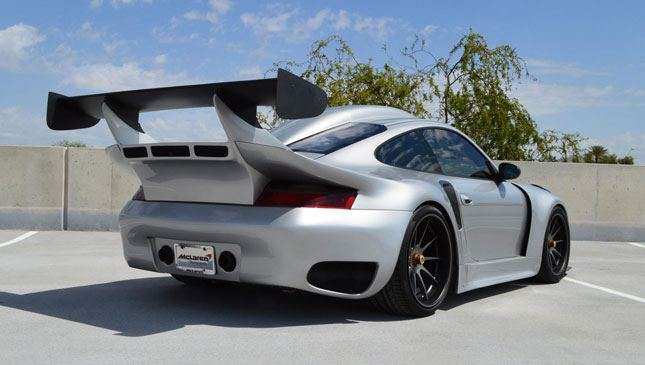 Nah, woken up now. How much is it?

But then this is no ordinary Porsche 911 GT2. And it has over 1,000hp. And it has a roof scoop. And it looks like nothing else on the road.

And in all seriousness, the level of engineering madness that’s been thrown at this thing is worth marveling at.

One final point: In the build thread we mentioned earlier, the user who built this GT2 said “it throws flame on each shift.”

Have a look at the ad here. 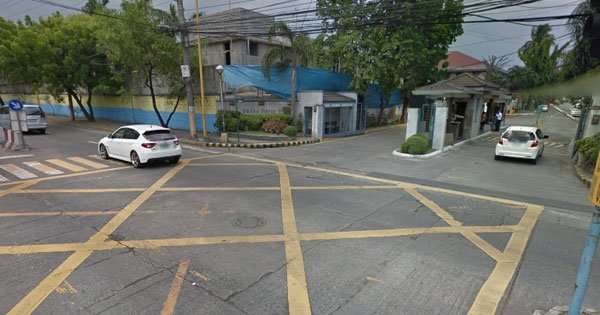 What's the deal with those yellow boxes at some intersections?
View other articles about:
Read the Story →
This article originally appeared on Topgear.com. Minor edits have been made by the TopGear.com.ph editors.
Share:
Retake this Poll
Quiz Results
Share:
Take this Quiz Again
TGP Rating:
/20