One of the most awaited new vehicles in our market today is the new Mitsubishi ASX, or Active Sport Crossover. Initially called the RVR, the ASX is Mitsubishi Motors Philippines' biggest product offering of the year. We've been reading in various online forums--particularly on this website--how Mitsubishi is launching the new Outlander. They're actually referring to the ASX, but they're only half correct. That's because the ASX isn't exactly the Outlander--it's actually the Outlander Sport, which is slightly smaller than the Outlander (think Montero Sport versus Montero). As such, the ASX is also a bit smaller than the current king of the compact-SUV segment, the Hyundai Tucson.

We do know that Mitsubishi is equipping the ASX with the same 2.0-liter 4B11 gasoline engine found under the hood of the current Lancer EX, most probably retuned to suit the requirements of an urban crossover vehicle. With stingy exterior dimensions, expect the ASX to be quick on its feet (er, wheels) and easy on the fuel tank.

Before the official launch, we hear Mitsubishi is giving a preview of the ASX at the Philippine International Motor Show in August. We expect this car to be a bestseller just like other Mitsubishi models. But before the actual selling can take place, you already know the drill: Let's try to influence the ASX's pricing by telling Mitsubishi just how much we think this vehicle should cost.

Below are only unofficial specs and features, which we gathered from our many mystical sources. Feel free to point out which features aren't likely to make it to the Philippine model. Type away, folks. 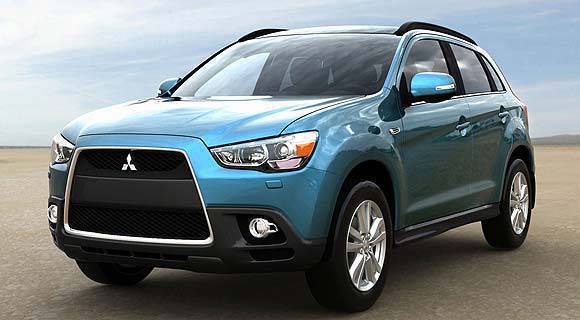 ASSEMBLER'S PITCH: "The latest vehicle developed from Mitsubishi's 'Project Global' midsize platform, the ASX aims at blending the Lancer's passenger car on-road attitude with the Outlander's commanding driving position and convenience of its clever electronically controlled 4WD system. Sharing the Outlander's long wheelbase of 2.67 meters, the shorter ASX essentially carries over most of the former's lower structure as well as the basic architecture of its chassis suitably tuned for this smaller and lighter vehicle. A notable improvement is the introduction of an electric power steering mechanism to further lower emissions, also fitted with both tilt and telescopic adjustments, the latter being a first for Mitsubishi's current range of vehicles."

Second batch of Trump Cars free with July issue
View other articles about:
Read the Story →
This article originally appeared on Topgear.com. Minor edits have been made by the TopGear.com.ph editors.
Share:
Retake this Poll
Quiz Results
Share:
Take this Quiz Again
TGP Rating:
/20