Mayweather will never retire from showing off his supercar collection

We don’t know if Mayweather came across our report on Ronaldo's brand new Bugatti Chiron—okay, maybe not. He's probably too busy running managing the Money Empire to keep track of who's buying what. But the boxing legend took to Instagram just days afterward to remind everyone that he's still, well, richer than everyone.

That includes you, Ronaldo.

In the short video, Money May gives his followers a short tour of his swanky personal garage that houses a Lamborghini Aventador, a Ferrari 488 GTB, a Rolls-Royce Phantom, and a Bugatti Veyron. That last bit is just one of a trio of hypercars he owns courtesy of the French manufacturer. And to think this is only a fraction of the vehicles in his possession.

So, Floyd's knocked out Conor McGregor's car collection (and McGregor himself, too), and still has more automotive bling than the world's highest paid soccer player. Still, a Chiron is a Chiron, and Ronaldo has yet to give us a real look at what's in his garage. But to be honest, we think it's only a matter of time until Mayweather snags one of the only 500 units produced. 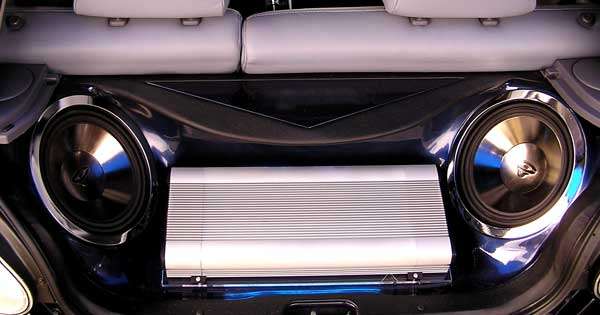 How loud should your car's speakers be?
View other articles about:
Read the Story →
This article originally appeared on Topgear.com. Minor edits have been made by the TopGear.com.ph editors.
Share:
Retake this Poll
Quiz Results
Share:
Take this Quiz Again
TGP Rating:
/20