Raymund Marasigan’s expression is on point
by Drei Laurel | Feb 28, 2020

The opening lyrics to ‘Buhol Buhol’ are genius. Frankly, we couldn’t have come up with any words with which to better express the current state of Metro Manila traffic—at least not without having to resort to an expletive or two every couple of lines.

Thankfully, Sandwich frontman Raymund Marasigan is a skilled songwriter and not a motoring journalist. And, apparently, he’s a pretty good bike rider in the city, too.

Marasigan flaunts his riding chops along the Aurora-Cubao route in the music video for the song, weaving in between cars, buses, jeepneys, and whatever else Metro Manila rush hour has to throw at him.

The video is one steady, continuous shot, which is impressive considering how chaotic its setting is, and was recorded via a GoPro attached to—get this—a drum mount. According to the singer, this video was finished without breaking any laws, too. Look:

Marasigan in this video is basically everyone who has to put up with this mess on a daily basis, whether behind the wheel, aboard public transport, or, like him, on two wheels: tired, haggard, and left with no alternative. We think we can all agree that ‘Buhol Buhol’ is easily the Filipino commuter’s anthem for 2020. Yes? 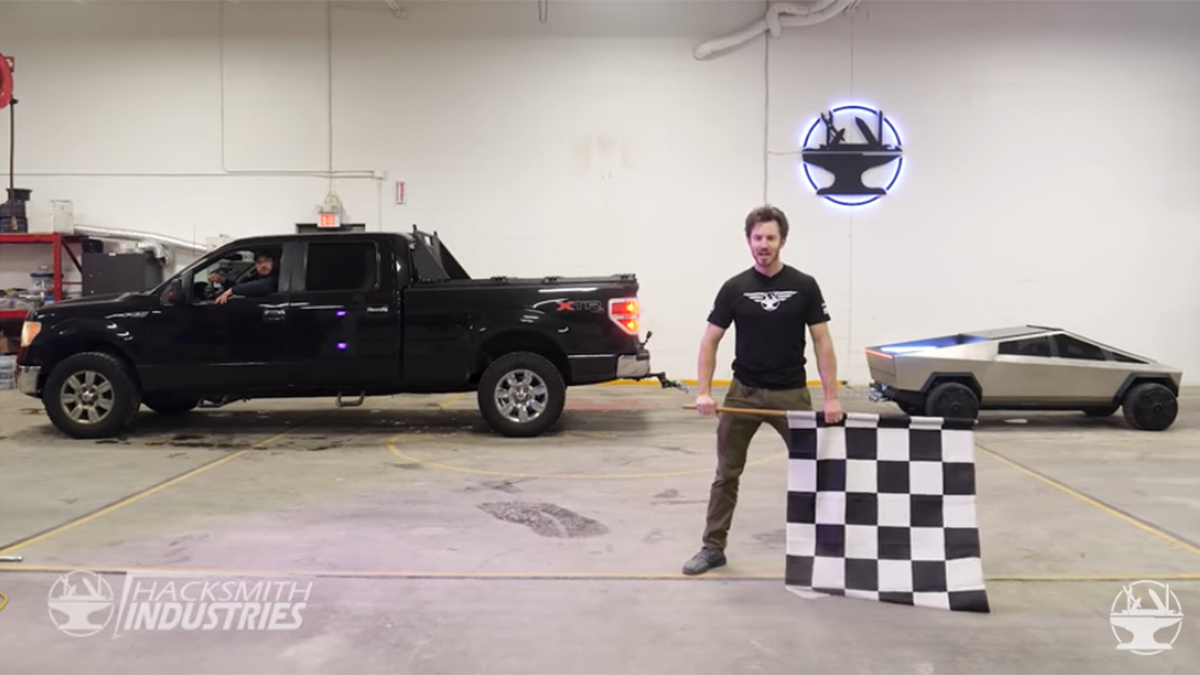 Can a 1:2 scale Tesla Cybertruck out-tug a Ford F-150 V8?
View other articles about:
Recommended Videos
Read the Story →
This article originally appeared on Topgear.com. Minor edits have been made by the TopGear.com.ph editors.
Share:
Retake this Poll
Quiz Results
Share:
Take this Quiz Again
TGP Rating:
/20