In case you missed it, Subaru announced last week that the all-new Forester e-Boxer—the hybrid version of the Japanese carmaker’s popular AWD crossover—will be arriving on Philippine shores sometime in 2020.

If this pushes through, we’re considering it a big deal regardless of how the market reacts. Any hybrid that attempts to break through to Filipino motorists is worth paying attention to in our book, more so when it’s a fun-to-drive model like the Forester. And to our appetites further, Motor Image Pilipinas recently arranged for us to try out the vehicle in a limited test-course setting in Singapore. 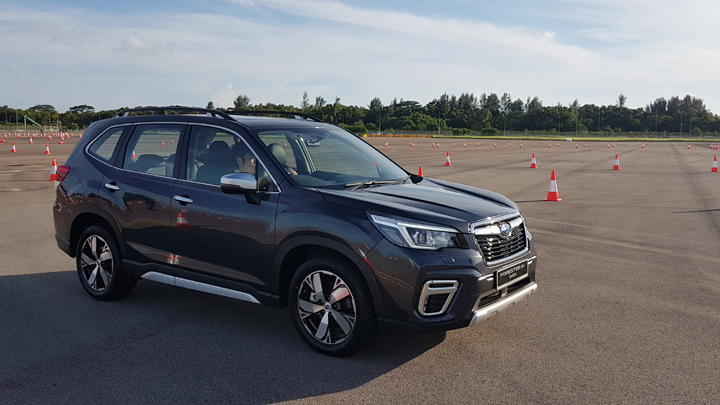 So here we are by an empty aircraft hangar, about to try out the company’s newest hybrid. The test track consists of a straightaway, a slalom, a couple of sharp turns, and a skid pad on which to experience the Forester e-Boxer’s AWD capability. Making things more interesting is the presence of two local competitors—a hybrid Toyota C-HR and Honda HR-V—against which we can test the Forester’s performance. For the record, the 2.0-liter gasoline-electric setup powering the Subaru is capable of 143hp at 6,000rpm and 188Nm of torque at 4,000rpm. 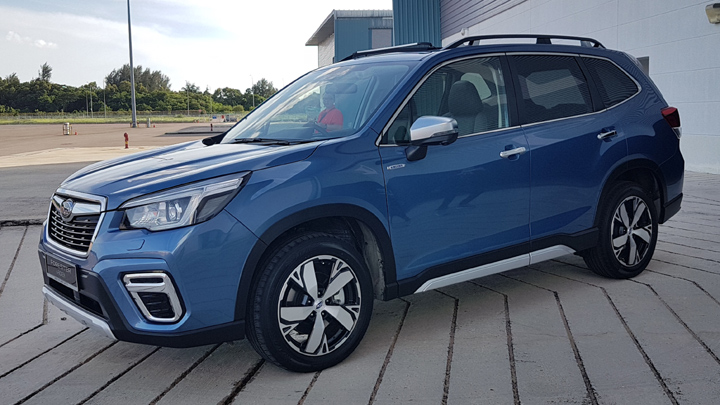 We know, the matchup is a little lopsided. Neither of the Forester’s Japanese rivals runs on AWD, and they’re both subcompact crossovers—a segment well below that of the Subaru. But according to organizers, the two vehicles are the Forester’s main rivals in Singapore, so we’ll take their word for it.

The first vehicle we step into is the C-HR. It’s a quirky little car with an edgy new design that’ll surely appeal to younger buyers, but we have to say its cramped interior leaves a little to be desired. The drive is relatively uneventful on the straightaway, but the Toyota quickly loses its composure and understeers violently once it comes across the skid pad. 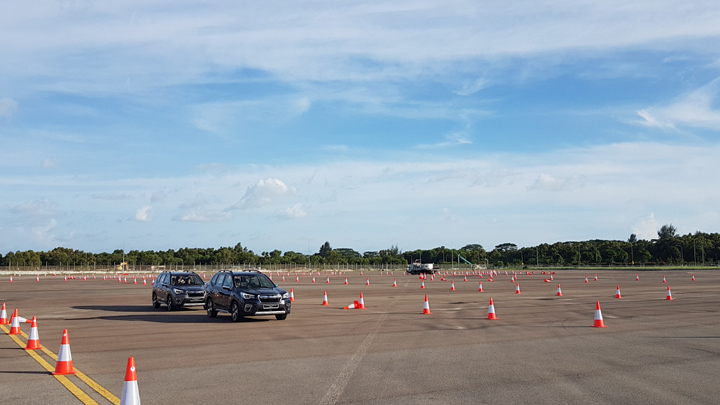 Personally, I found Honda’s crossover much more appealing. Handling felt much more natural through the slalom, and while it still understeered on the , it fared much better than the C-HR before it.

Finally, we get to the Forester. Now, from what I understood during the briefing, this Subie’s setup allows it to take off in electric mode before gradually incorporating the gasoline engine as it picks up speed and as the kilometers pile up. The information display will indicate blue in electric mode and highlight gold in gasoline. 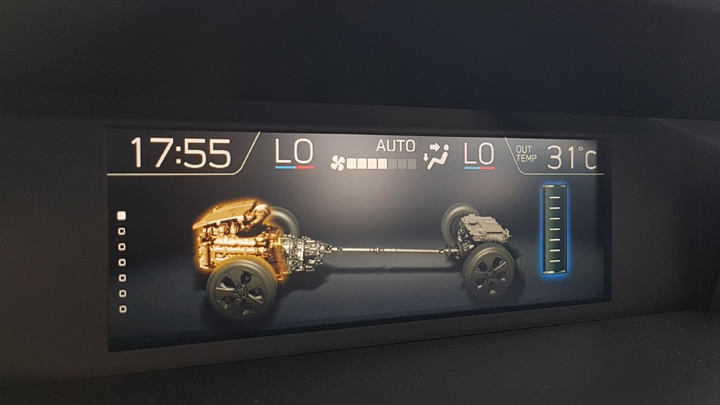 The vehicle did fine coming out to a straight line. Considering the powertrain’s output on paper, I was pleasantly surprised at how quick the e-Boxer felt. Still, it’s nowhere near as fun as the previous-gen model with a turbocharger—but this really isn’t relevant anymore.

On the slalom and the hairpin, Subaru’s symmetrical AWD performs just as well as I remember it—even with the added weight. The company has done a great job balancing out the hybrid setup’s layout. It felt much more composed on the compared with the C-HR and the HR-V, too, but it’s AWD so that’s expected. 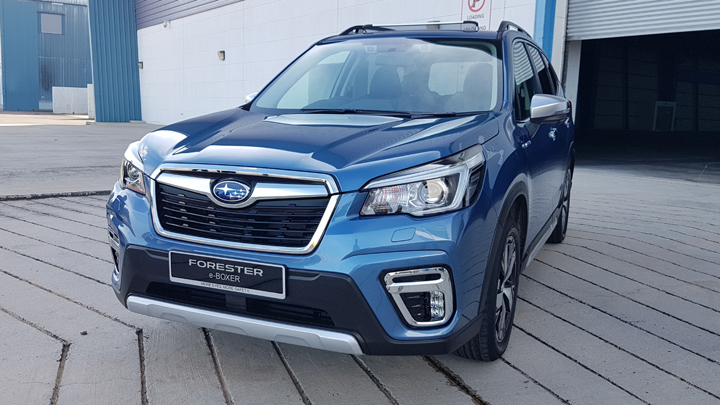 It was a short drive with the Forester e-Boxer, but just enough to give us an impression of what to expect when the hybrid hits the Philippines next year: an efficient, balanced drive over turbocharged fun.

It remains to be seen whether the vehicle’s exemption from the Tax Reform for Acceleration and Inclusion (TRAIN) law will be enough to offset the cost of equipping it with hybrid technology to the point of market viability. And the company is still sorting out the issue of the spare tire—which is absent on account of the lithium-ion battery taking up its compartment. Driving around without a spare is against the law in the Philippines, though this is a hiccup that Subaru says will be easily addressed with a little paperwork (there are already vehicles being sold here without a spare tire, after all). 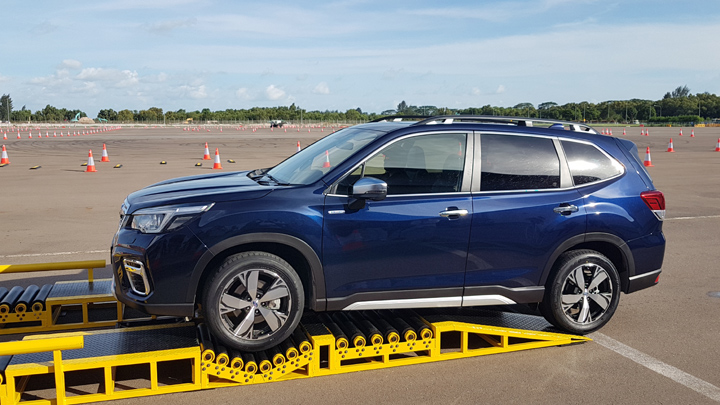 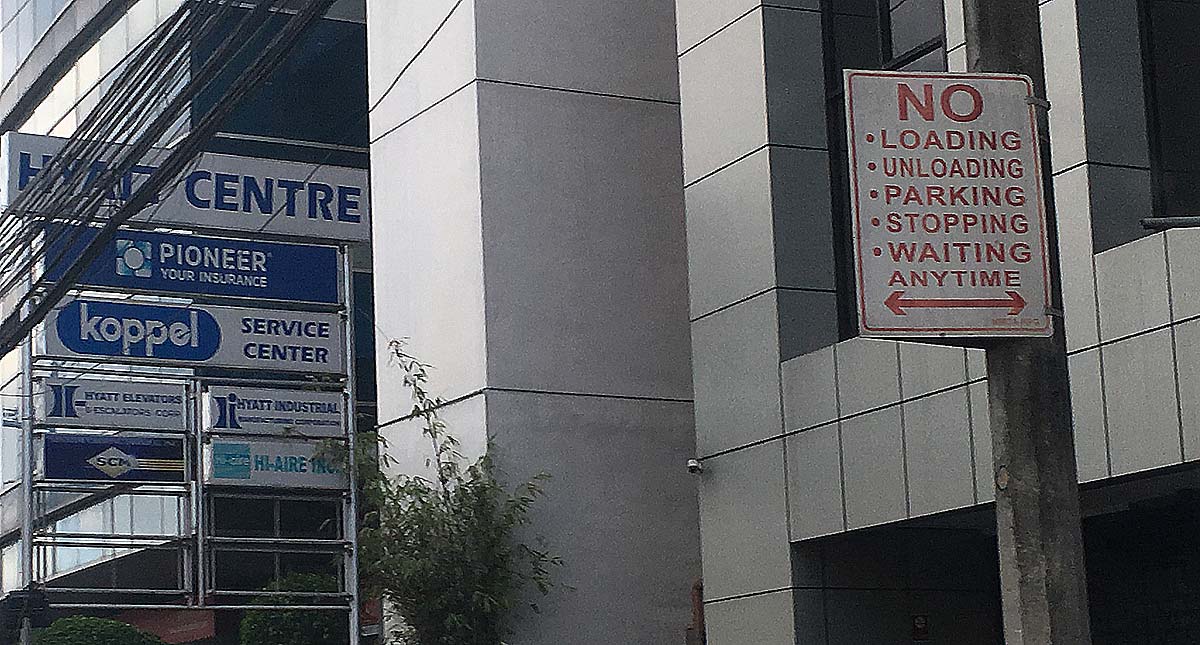 I was busted for illegal parking
View other articles about:
Read the Story →
This article originally appeared on Topgear.com. Minor edits have been made by the TopGear.com.ph editors.
Share:
Retake this Poll
Quiz Results
Share:
Take this Quiz Again
TGP Rating:
/20