The most interesting Subaru STIs from the last 30 years

Meet the Fast Five
by Stephen Dobie | Apr 4, 2018
CAR BRANDS IN THIS ARTICLE 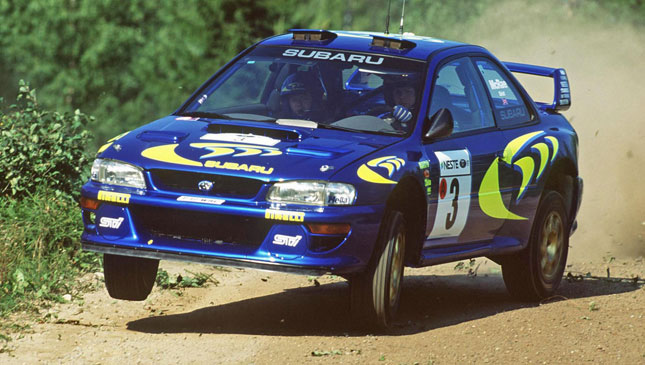 Subaru’s STI division is 30 years old. Yes, really. You may know the name best from wildly winged special edition Imprezas (and Legacys, and Foresters…), but Subaru Tecnica International’s expertise stretches far wider. Indeed, STI is behind the wonderful World Rally cars piloted by Colin McRae and Richard Burns. It has three WRC titles and 47 individual rally victories to its name.

Indeed, we could dedicate this whole section to rally cars of the '90s. But we won’t. Instead, these are the most interesting road cars and one-off specials to wear an STI badge. Chastise us for what we’ve missed out in the comments box below. 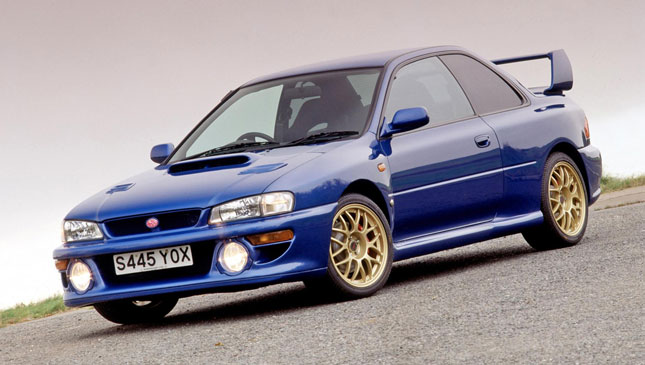 As well as a swelled body kit to bridge the gap between road and rally stage, there were closer ratios on the manual gearbox, quicker steering, and plenty of power. Its 2.2-liter boxer four produced a claimed 276hp, but like many of its Japanese performance car contemporaries, it was a mere claim that seemed far meatier in person. 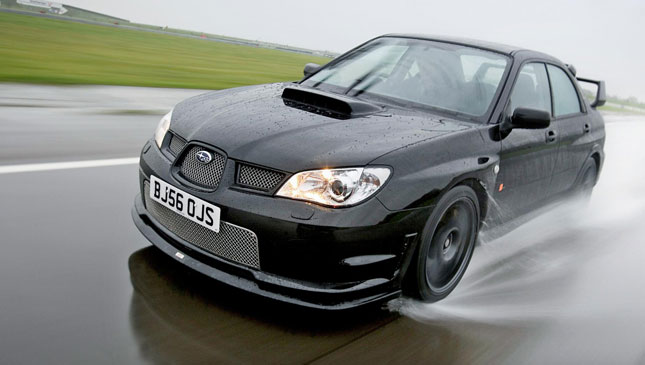 A special edition dedicated to the late Richard Burns. It took a 2007-vintage Impreza STI and added a Prodive Performance Pack, which lowered the suspension and upped power to 316hp, or 320PS, as the name hints at.

The name also nods to how many were made. It was limited to 320 cars and came with a nice plaque, while it was painted exclusively in black. Its contemporary price seems like a bargain nowadays, given the performance, ability, and specialness on offer. 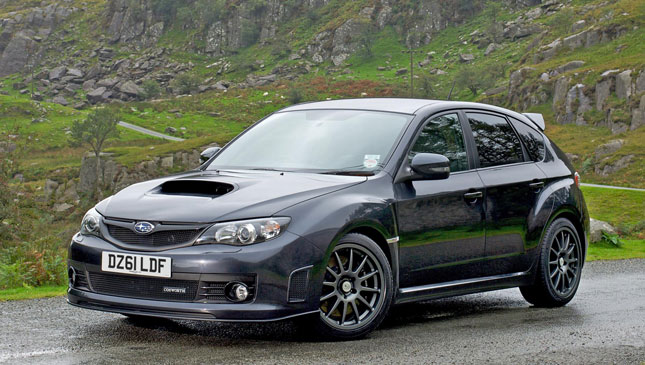 The most powerful Impreza STI officially sold by Subaru, albeit with more than a little help from Cosworth. It’s an oddball, and while astonishingly powerful, not one of the finest fast Imprezas made.

But it’s important for being a 400hp mega hatch long before Mercedes-AMG or Audi’s RS division had the idea, and it’s also key because it gave the unloved Impreza hatchback an important place in Subaru history. Mind you, at £50,000 new (P3.7 million), it was almost double the price of its base car. Just 75 were made. 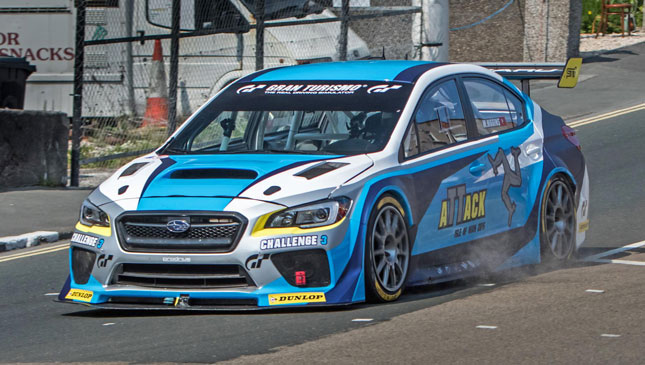 Subaru already held a four-wheeled record for the Isle of Man TT course, but decided to go back in 2016 to better its record. To do so, it turned a relatively stock WRX STI into, um, a not-stock-at-all STI.

Built by Prodrive—who also had its hand in the Impreza WRC icons—its interior was almost entirely scrapped, its gearbox was a proper motorsport paddle shifter, while power doubled from the road car to 600hp. Oh, and Mark Higgins was put behind the wheel. The result? A 17m 35.1s lap time, which means an average speed of 128.7mph (207kph), a mere 5.2mph off the two-wheeled record. 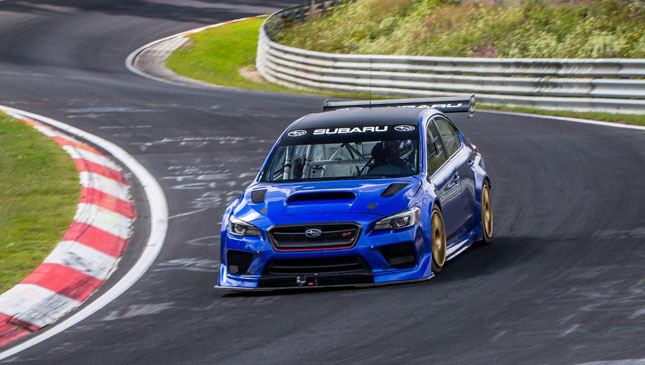 If STI’s good at anything, it’s taking a lost cause of a Scrabble letter selection and making a car name out of it. The zenith of such thinking is this, a car which also happens to be the fastest four-door around the Nürburgring.

Like the IoM special, it’s reasonably far removed from its road car base: Its aero pack includes DRS, it gets a rally-spec gearbox and it’s been boosted—once again—to a chunky 600hp.

If you’re a stickler for rules, you probably think its 6m 57.5s ‘Ring time is therefore a bit pointless. If you’re not, though, revel in an STI that’s as quick around the Green Hell as a Porsche 918 Spyder. 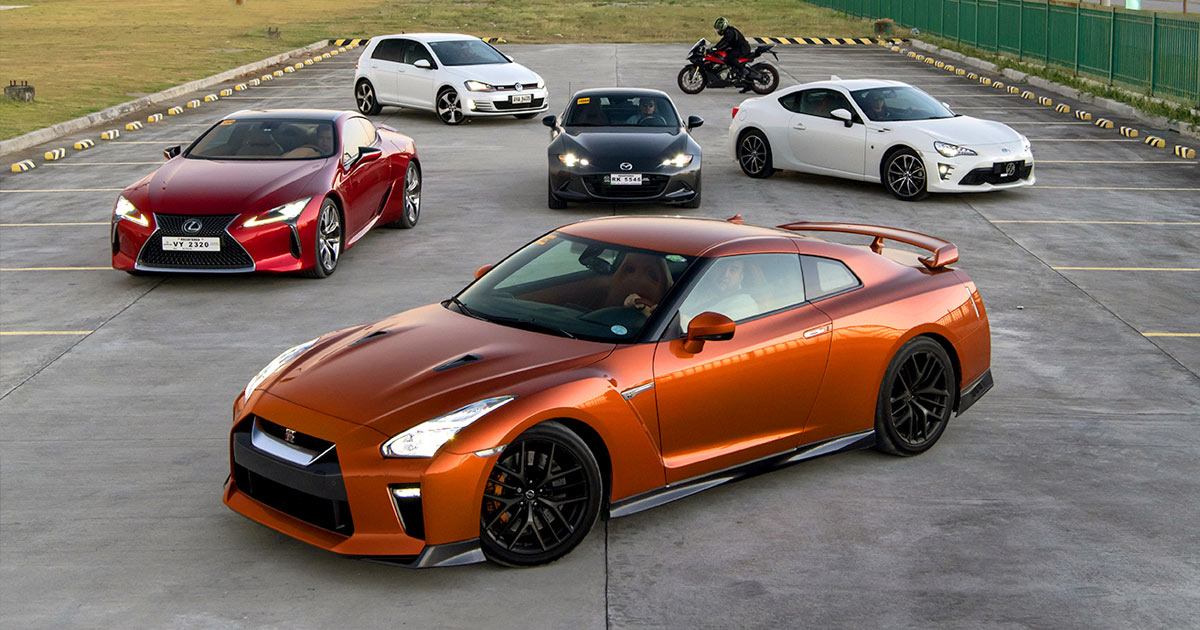 Our 150th cover features what might be our coolest lineup yet
View other articles about:
Read the Story →
This article originally appeared on Topgear.com. Minor edits have been made by the TopGear.com.ph editors.
Share:
Retake this Poll
Quiz Results
Share:
Take this Quiz Again
TGP Rating:
/20