It’s a different perspective
by TopGear.com.ph | Nov 26, 2018
CAR BRANDS IN THIS ARTICLE

When Top Gear PH asked if  I could review a car for them, I thought at first that I was being taken for a ride. My knowledge of the inner workings of a car is pretty much at par with what I know about quantum physics. In fact, my version of engine troubleshooting is driving over to a guy friend’s house, then having him drive my car and check if that funny sound is really car-related or just my makeup kit rattling in the trunk. I still don’t know how a car really works or what makes men utter reverent profanities at the sight of an engine.

I was asked to review the face-lifted Kia Picanto, and before handing me over the keys, Dinzo gave me a quick rundown of the different types of cars to give me some perspective. After said lesson, I learned that a ‘compact’ may also refer to a car and not just pressed powder. Fancy that.

My first impression of the Picanto from the outside was that it is just so cute! Thee color was a classy shade of gunmetal gray with a hint of taupe (it would’ve made a lovely eyeshadow shade). Inside, I was surprised at how roomy it was in front, considering how small it was from the outside. 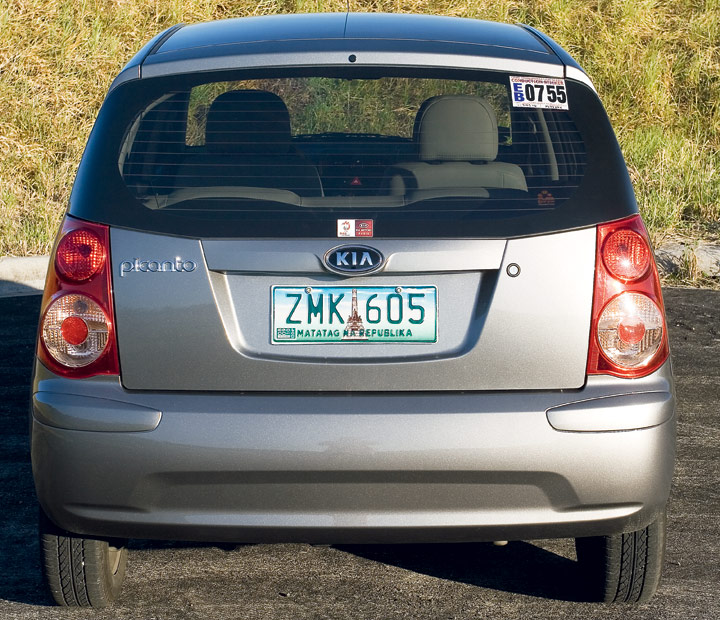 I was a bit nervous driving it at first. It felt so tiny, especially since I drive a Revo most of the time. It was a substantial downgrade in size for me (yes, size does matter). But I began to see the advantages of its size after being able to squeeze into tiny spaces. Parking it was easy as pie. I also liked how the steering required just the lightest of touches, making maneuvering a breeze.

I took the Picanto along to work, to run errands around the city, and on a short road trip to see if we were a match. Taking it to work presented a problem. Being a freelance makeup artist, I have to be prepared for any situation. So on a daily basis, I bring with me my basic makeup kit (two bags), an extra makeup kit (one hard case), a kit with mirror and lights, a stool and a foldable table (I don’t like being caught unaware). As it turns out, I apparently have too much junk in my trunk for the Picanto. This forced me to pack light while praying that I wouldn’t get asked to do showgirl makeup (seeing that I had to leave behind my extra kit).

Running errands around the city was enjoyable. I liked the driving experience the Picanto offered, except for nasty pothole surprises where you’d feel a very sharp bounce. The mirrors were a bit shortsighted, but I feel like this is more a Kia trait than a Picanto quirk (we had a Pride before and replaced its mirrors with ones that had a wider view).

On a short trip to Tagaytay, I discovered that the Picanto is fuel-efficient. A half-tank of gas lasted me almost four days of in-city driving and only asked me for a refill on the way back from Tagaytay. All in all, the Picanto is a zippy, competent little ride.

If I didn’t have to lug around so much stuff every day, I’d probably consider getting a Picanto. I’m not a hard person to please when it comes to cars, after all. As long as it has mirrors in the visors and plenty of storage space, and can outrun or run over homicidal axe-wielding humans, then I’m sold. (Tatin Yang)

NOTE: This article first appeared in Top Gear PH’s June 2008 issue. Minor edits have been made. 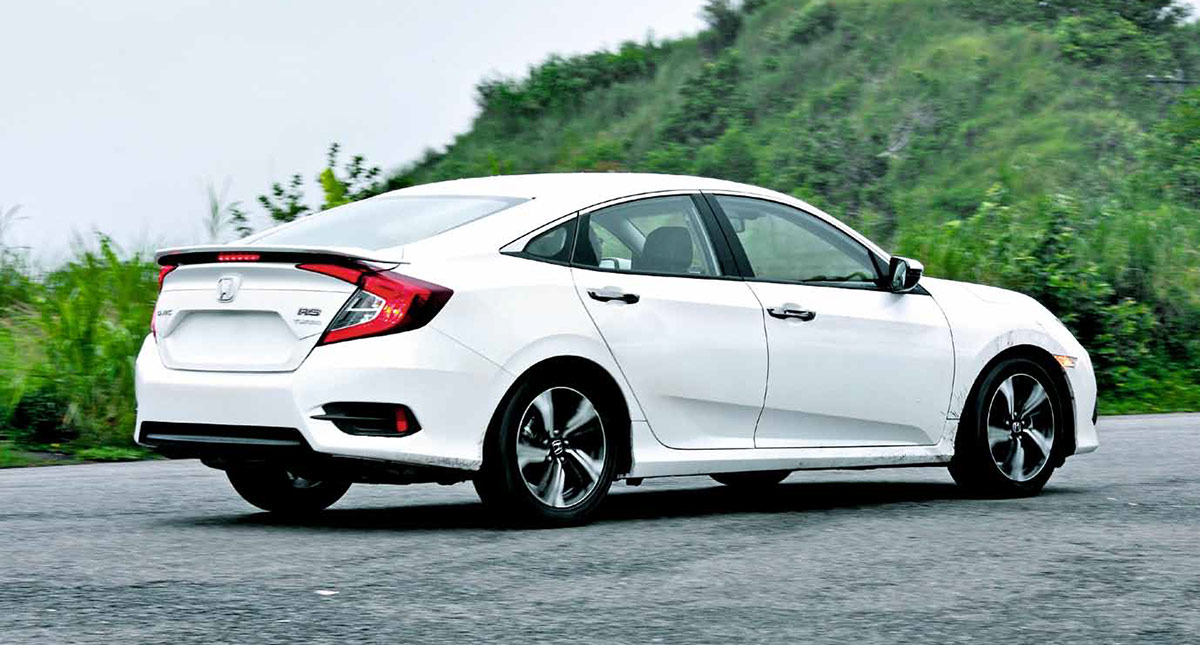 When the Honda Civic RS first arrived, here were our impressions
View other articles about:
Read the Story →
This article originally appeared on Topgear.com. Minor edits have been made by the TopGear.com.ph editors.
Share:
Retake this Poll
Quiz Results
Share:
Take this Quiz Again
TGP Rating:
/20