The new SsangYong vehicles are versatile enough for the active lifestyle 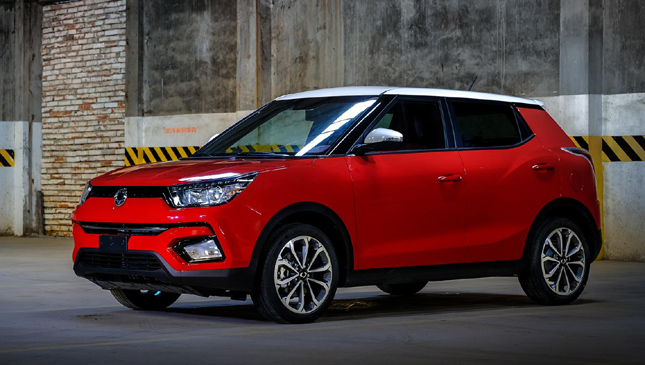 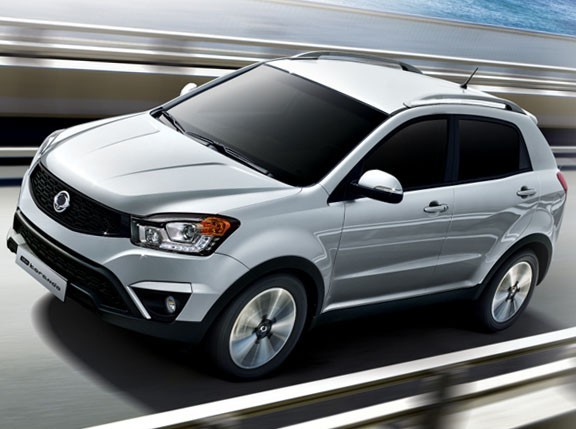 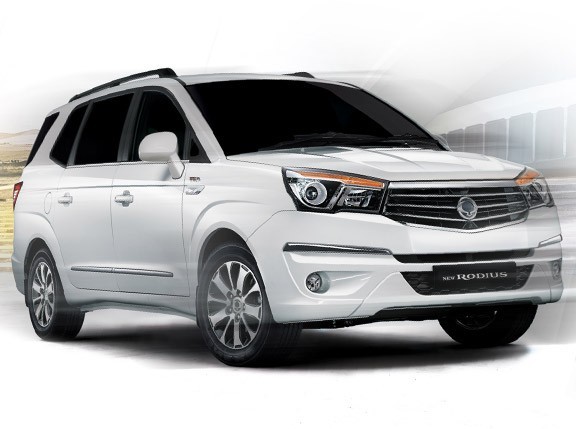 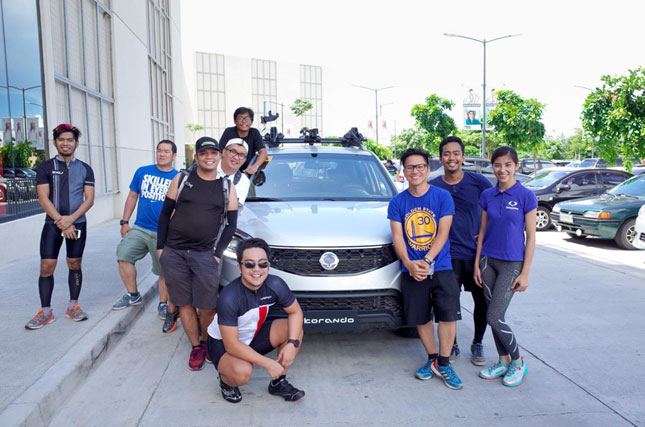 Despite having spent all night canoodling with the cool people at the Preview Ball, Top Gear Philippines editor-in-chief Vernon B. Sarne managed to roll into the basement parking lot of the Summit Media office building on his bicycle at 5:15am. He didn’t look too beat, which was good since the day’s itinerary was going to be fairly strenuous--a long bike ride around Nuvali in Santa Rosa, Laguna, with a group of Summit Media colleagues and some industry friends.

It was a solid show of dedication to fitness on his part, (or was it the promise of a really scrumptious breakfast that roused him from slumber?) as he was raring to go. He tossed me the keys to our ride for the morning--a silver SsangYong Korando--and I was relieved to see a roof rack for our bikes. No more disassembling and reassembling needed; the bikes were mounted and secured in a few minutes and we were on our way.

The Rhino-Rack bicycle roof rack, by the way, was generously lent by Outdoors Club Greenhills.

With our videographer Mark Jesalva--and Top Gear Philippines art director Raynand Olarte and FHM Philippines editor-in-chief Allan Madrilejos (and their bicycles) in a SsangYong Rodius--we slogged through Saturday-morning traffic along SLEX. Seriously, it was that early and we still got stuck in a jam all the way to Nuvali where the rest of the riders were already waiting and were eager to clock in the kilometers on their two-wheel machines. Fitness coach (and TopGear.com.ph columnist) Andy Leuterio arrived in a SsangYong Tivoli.

It was quick work getting the bikes down from the roofs of the Korando and the Rodius, despite their height. The Korando was tall enough for a great view from the driver seat, but not so tall that you’d have trouble top-loading a couple of bikes on it. Because Nuvali is still a fairly new community, interior road traffic is next to none, making it a very friendly place to bike in. And with all the people on two wheels, there’s that indirect feeling of safety, just because so many other people are doing the same thing as you. 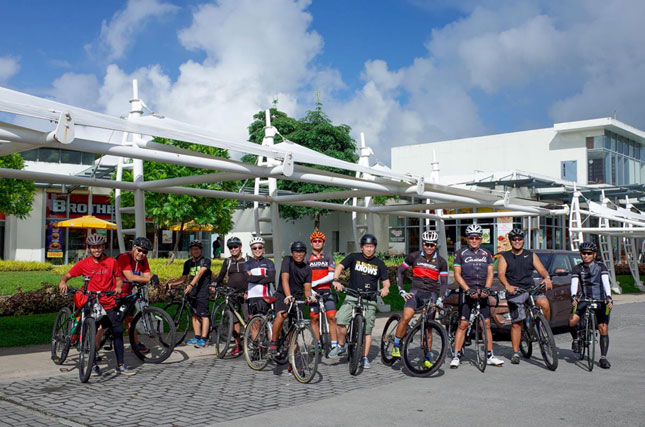 Nuvali is also an interesting jump-off point to more challenging routes. Along with Andy Leuterio and former Top Gear Philippines photographer Charles Custodio, I found myself riding up a steep, 45-degree incline fondly named “Cardiac Hill” and other ascents all the way up to the Tagaytay public market. It was a tough two-hour climb, but was extremely rewarding. Making it to the convenience store right before the junction at the ridge felt like reaching an oasis in the desert--only this oasis had rehydrating sports drinks and sodas.

On the way up, those two hours of climbing had me thinking: about having a more bike-friendly road culture, about how everyday traffic can be beaten by cycling, what a great workout cycling is, and about how we are all so very lucky to be able to ride our bikes. Those were the more abstract ideas that crossed my mind as my quads flexed with each pedal stroke. But every so often, I would have thoughts of the Korando, too.

A few things about this Korean compact SUV kept popping up in my head while on the saddle. First is how it responded to the open road once we passed that paralyzing SLEX traffic. This ride is fast. The 2.0-liter diesel mill quickly comes to life at the blip of the throttle, and it doesn’t let up unless you tell it to. Power delivery is direct and deliberate, not wishy-washy. It responds immediately to the orders it receives. The ride itself is very comfortable, with me settling in well behind the driver seat and my passengers seemingly relaxed as well. And it’s quiet--chalk it up to a well-tuned engine and the noise-deadening materials that line the cabin.

Oh, and it looks good, too. That’s the one thing that stands out immediately. Not like the SsangYongs of yesteryear, which were confused at best when it came to styling. This new Korando’s sporty lines and athletic stance make it quite a looker, and its versatility makes it well-suited for any lifestyle activity. Surely, the double-takes from people as we unloaded the bikes were for the Korando, and not for our sleek bicycles.

After catching up with Andy and Charles, and then refueling, it was time to ride back. The route from the ridge to Nuvali was all downhill, allowing us to coast down and join the rest of the group with ease. My legs were already pretty beat, so I was quite thankful that there would be no more climbing involved. Zipping down the mountain, thoughts of the Korando continued. Like the comfy ride and plush seats we’d enjoy heading back to Manila, listening to tunes with the easy-to-use touchscreen head unit, and a quiet and spacious cabin. I also thought about how I’d get to open up the Korando more on the highway since northbound SLEX would be less congested.

Props to our Tivoli support vehicle as well. That little thing is stylish. I'd love to drive it next.

As for the Rodius? That family van is tough, able to take our weight as we clambered up the roof to dismount the bicycles.

All in all, this weekend bicycle ride showed me that any kind of lifestyle is possible with versatile and competent vehicles. Decent styling sure won't hurt. Check out these Korean rides. They'll surprise you. 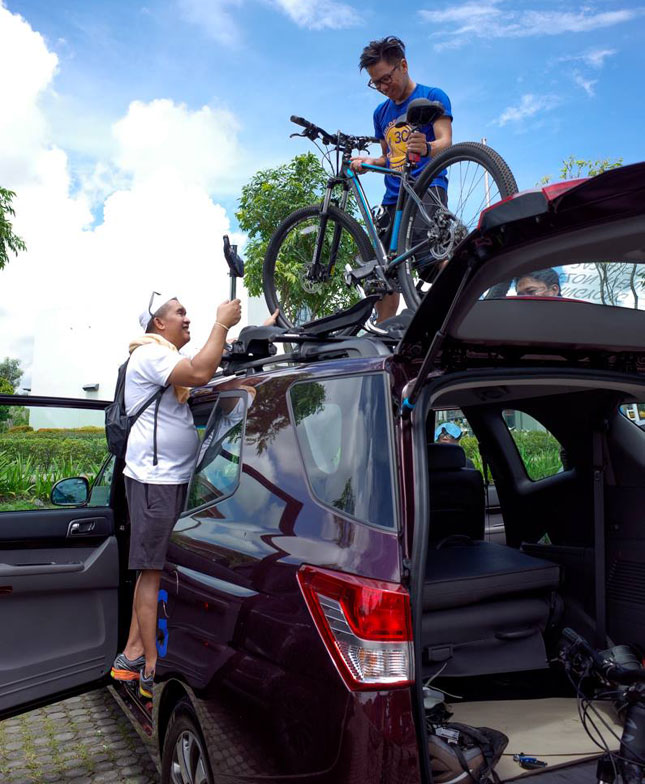 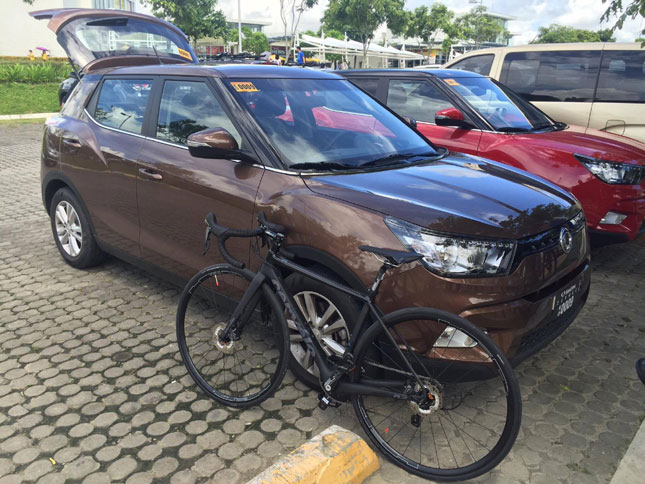 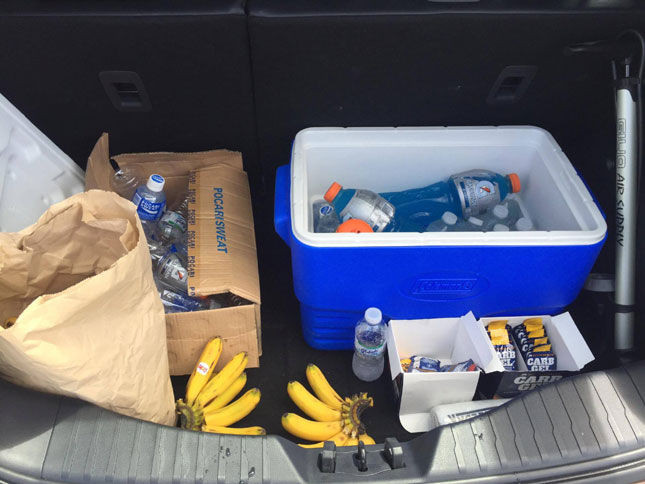 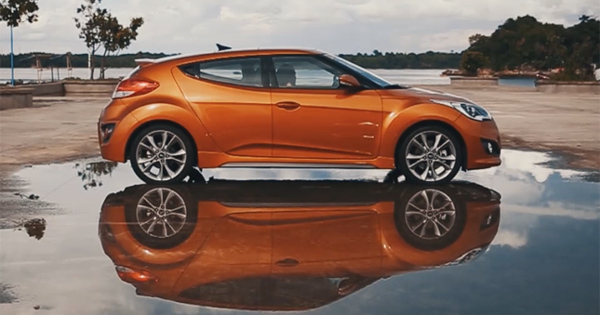 Video: Hyundai Veloster took a while before reaching PH, so we drove it far
View other articles about:
Read the Story →
This article originally appeared on Topgear.com. Minor edits have been made by the TopGear.com.ph editors.
Share:
Retake this Poll
Quiz Results
Share:
Take this Quiz Again
TGP Rating:
/20