The Porsche Panamera 4S Diesel performs like it runs on gasoline

May be the fastest diesel sedan in the world
by Stephen Dobie | Aug 27, 2016
CAR BRANDS IN THIS ARTICLE 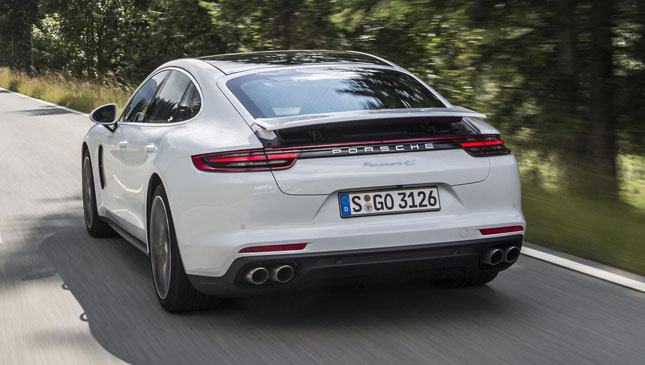 Yes. This is an all-new Porsche Panamera. It may bear a resemblance to the old one, but not a single part is shared with its predecessor. That Porsche’s designers have sketched something so similar suggests it was a success. Peep round the back, though, and the styling is far better resolved than before. Looks are, of course, subjective. But we doubt you’ll disagree when we say this is a significantly better execution of a Porsche 911-inspired sedan than the Panamera's first generation. 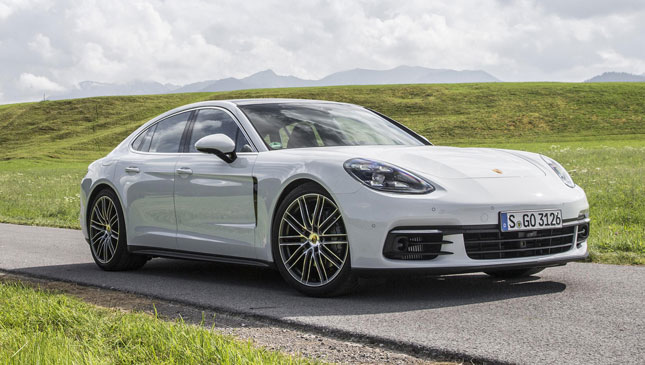 How have they managed that?

It’s longer and wider than before, with the wheelbase extended but the roofline lowered. That aids its proportions without eating into passenger space. Its trunk capacity, seats up or down, is comparable to a Honda Civic. But it’s beneath the skin that things get really interesting. So much so, we could fill the rest of the Internet telling you about it all in significant detail. 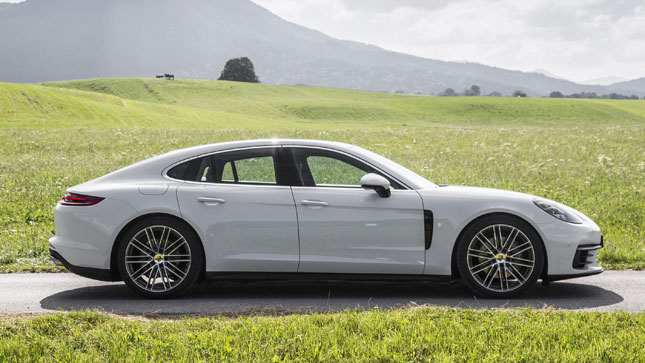 Some highlights then, please.

Well, the one we’ve driven here is the fastest diesel sedan on sale. The Panamera 4S Diesel uses a 4.0-liter twin-turbo V8 engine, which drives all four wheels through an eight-speed PDK paddleshift gearbox. The latter component is brand new, and will appear on Cayennes and Macans in the future.

How fast? It’ll hit 100kph in 4.3 seconds if you spec launch control (yes, on a diesel) on its way to a 285kph top speed. Peak outputs are 422hp and 850Nm. Its fuel economy is claimed to be 17.94km/L, and with the larger fuel tank option, your theoretical range is an astounding 1,476km. Those numbers don’t begin to tell the story, though. Perhaps the most relevant of all is 1,000rpm, for that is the paltry figure at which all of the torque lands. In full. Overtaking, accelerating down slip roads…these are things you no longer need brain power to execute. 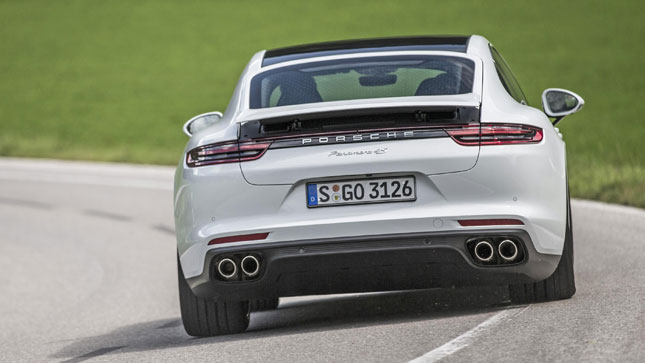 Does it make diesel cool?

Hard to say, as it actually does a good job of trying to disguise its fuel source. There’s a bit of a familiar thrum outside of the car at idle, but inside, your passengers would only guess this is a diesel if they’re of a nerdy disposition and spotted its rev counter ending with a six. Under hard acceleration, it sounds like a smoothed-off V8 gasoline. At a cruise, you won’t hear any engine noise at all.

And while that torque does arrive in a big wallop, it’s not a sensation that will naturally titillate the enthusiast. In a straight line (and on a derestricted German motorway) it’s very effortless, but on a more interesting piece of road, when you might be inclined to take control of the gearbox yourself, bashing into the rev limiter just after 5,000rpm isn’t particularly satisfying. 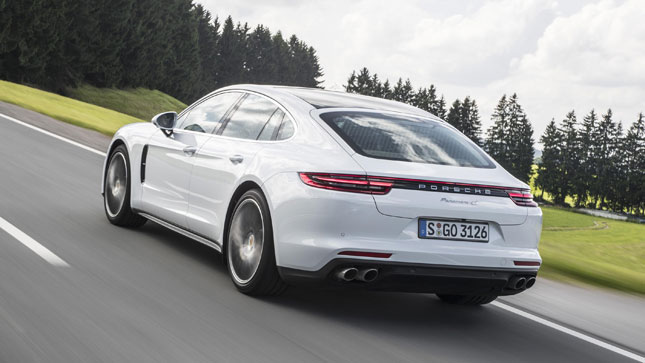 It’s a big limo. Am I likely to care?

It may be a big limo, but it’s one with ‘PORSCHE’ scribed boldly across its posterior. And one with a whole gamut of chassis technology on offer, not least a four-wheel-steering similar to the 911 GT3’s. And jolly talented it is, too. The speed at which you can turn into a corner is bewildering, and the speed you can then carry through it— thanks to absurd amounts of grip—wilder still.

Ultimately your enthusiasm will be curbed by the brakes, which have quite a tough fight with physics if you want to stop hard into tight corners, but overall this is a car that’s far more athletic than its size (and 2,125kg curb weight) might have you believe. Outright fun? I’m not sure. But bloody impressive, certainly. 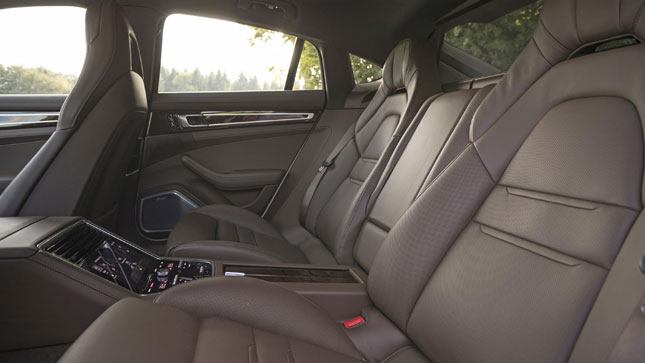 How does it do at the actual limo stuff?

Fun fact: Porsche took the Panamera to retirement homes to check if elderly folk could get in and out of the rear with ease. And room in the back is decent, if not earth shattering, particularly as you’ll struggle to tuck your feet under the front seats. Space isn’t its luxury then, but technology surely is. There are screens everywhere, with everything bar the rev counter electronic. And that’s a deliberate nod to the enthusiasts Porsche still wants to buy its cars.

Most of the dashboard’s buttons have been replaced by touch-sensitive displays; heck, even the central air vent is electronically controlled. Tech at its most overwrought. Rear passengers get a screen to control their individual A/C and heated or cooled seats, too, while they can also keep an eye on the satnav data. It could spell the end of cries of “are we there yet?”. But it probably won’t. 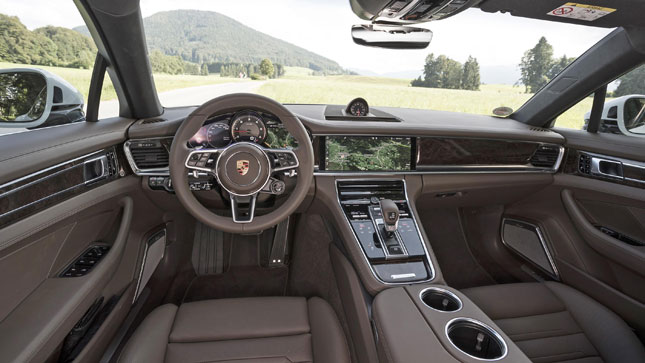 Any other technology of note?

Plenty. You can order a night vision system, which uses thermal imaging cameras to pick up people and animals which might stray into your path. Amusingly, you can pop it on during the day, too. It appears on a small screen to the right of the rev counter. There are also many different driving modes —a dizzying amount, actually—but Porsche has developed a system that ensures they all talk to each other. If you crave the simple life, just stick to twiddling the steering wheel rotary switch (like a Porsche 918 Spyder’s) between its Normal, Sport and Sport Plus modes.

Finally, you can spec a lane-keep assist mode that makes small steering corrections up to 250kph. This, on top of something called ‘InnoDrive’—an offshoot of the cruise control that plans gear changes, acceleration and deceleration in line with satnav data of the road ahead—suggests Porsche is just a few legislation hurdles away from joining the self-driving movement. Make of that what you will. 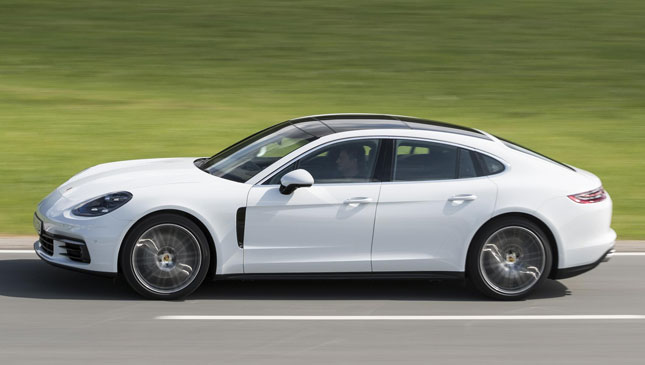 You’d be right. The Panamera 4S diesel starts at £91,788 (P5.59 million), and in typical Porsche fashion, lots of the tech goodies are optional. If you want the air suspension and rear-wheel steering of our test car, each adds £1,500 (P91,300). The poshest LED headlights add the same figure again. That clever adaptive cruise system is over £1,700 (P103,500). Adding £20k (P1.22 million) of options would be an absolute breeze, and there’d still be plenty of boxes left unticked.

Given the Panamera Diesel of old started at around £65,000 (P3.96 million), this 4S represents a fair old leap. But that was a V6 with sensible, rather than stupendous, performance. And in time, the Panamera range will swell to its previous levels. So expect a cheaper diesel as well as a hybrid. For now, this is Porsche at its luxury and technology zenith. And while fun clearly wasn’t utmost priority on this 4S, diesel cars get little more beguiling for people like us. 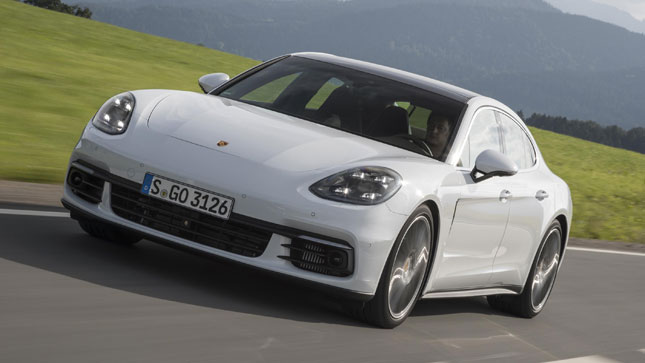 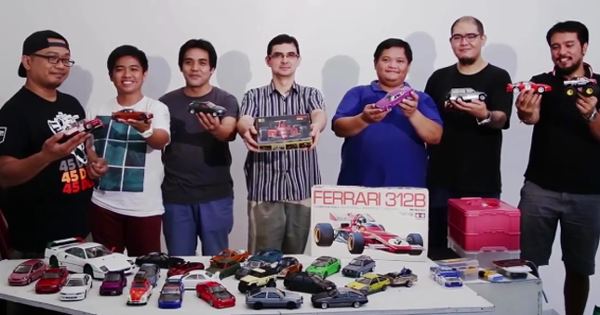 Watch: These dudes are some of the best scale modelers around
View other articles about:
Read the Story →
This article originally appeared on Topgear.com. Minor edits have been made by the TopGear.com.ph editors.
Share:
Retake this Poll
Quiz Results
Share:
Take this Quiz Again
TGP Rating:
/20