Top 14 sources of suffering for the Filipino motorist 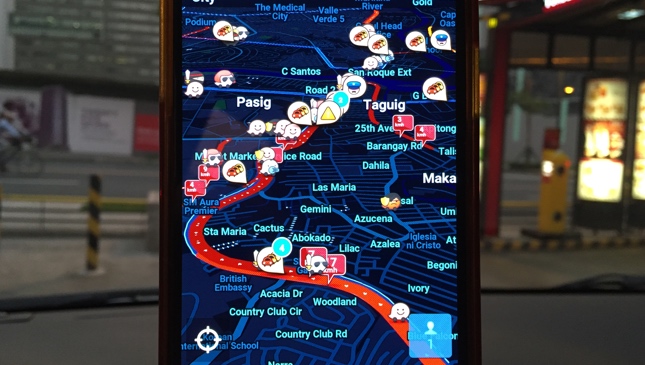 The saying "no one is above the law" is laughably out of place in our country. In fact, flouting it can even be used to run for public office. (That said, we’re basically apolitical here, kids.) The more apt line for our nation is: "No one is above traffic."

Gridlock is the biggest equalizer in our land. Everyone from the tycoon in a Rolls-Royce to the sleep-deprived taxi driver in a creaky cab can’t escape a slow-moving EDSA. We might suffer a little differently, but we all suffer just the same.

So as we look to the horizon--to the heavens--for deliverance from our motoring burden, we list down the threats and idiocies we face daily. It’s also fair to say that to those of us who have the intelligence to follow the law, the suffering is multiplied when we encounter the idiots who don’t. Consider this the Filipino motorist's 14 Stations of the Cross.

1. Rock-throwers. Who knows what these misguided miscreants are thinking when they decide to hurl stones at vehicles? It’s a test of human decency not to throw rocks back at them in retribution.

2. License plates. Registering an automobile used to be a simple task, taking half a day at most. But somewhere along the line, maybe some people got greedier than usual, and the license plates stopped being churned out. Did the system cooperate? Heck no. The government started pointing at the dealerships, and the motorists got squeezed in the process. Who paid for the car and the registration, guys?

3. Dangerous roads. Through a combination of bad urban planning, lack of lighting and a temptation for adventurism, some roads become death traps. Commonwealth and Masinag are just some of the areas where traveling becomes a fight for survival.

4. Kotong cops. It’s a dishonor to their badge and sworn duty when they apprehend with malice, rather than encourage motorists to follow the law. These guys don’t want to help the traffic situation--they want to profit from it.

5. Flood-prone areas. If everyone is crazy for SUVs lately, we all know a big reason is their water-wading capability. Because when it rains hard and you’re in the Pasig or Marikina vicinity, you either look for high ground, or you pray you’re in something tall.

6. Jaywalkers. True, many motorists have no respect for pedestrians. On the other hand, there are also countless pedestrians who have no regard for their own safety--crossing wherever they feel like it and totally ignoring the elevated footbridge their local government built for them. Include here street vendors who hawk a variety of merchandise, and beggars who scratch your car if you refuse to dole out loose change. Of course, you know what happens next if you even so much as graze the hem of a jaywalking lady's skirt.

7. Swerving motorcycles. They're constantly weaving in and out of traffic with reckless abandon. What's worse? If a car ends up hitting one, they'll most probably pin the blame on the car's driver--regardless of who really is at fault.

8. Reckless PUVs. We've got to hand it to these guys, for they sure have some balls. It takes skill to swerve across several lanes and suddenly stop in the middle of busy traffic to drop off passengers. They've perfected the art of negotiation, too. The signature head scratch and "pasensya na po" combo can convince just about anyone.

9. Trucks without brakes. With the mount of "nawalan ng preno" truck-related accidents on our roads, fear of trucks should already be considered a legitimate phobia. They're big and unstoppable, and you won't see them coming until it's too late.

10. Slow road construction. You remember that stretch of road being repaired near your subdivision? Yeah, the one getting you stuck in traffic on a daily basis--it’s not finished yet. In fact, it hasn't changed for a pretty long while now. There's nothing worse about being stuck in traffic than knowing that its cause should have been fixed months ago.

11. Finding parking. There are two ways you can approach finding parking here in the Philippines. You can park outside and risk having your car broken into, or you can play a half-hour-long game of whack-a-mole inside a jam-packed parking building. Both suck.

12. Blinding LEDs. Leaving your high beams on is one thing, but equipping your vehicle with blinding LEDs from top to bottom just for kicks is going overboard. Seriously, what's the deal with turning your ride into a seizure on wheels? We understand that there are situations that call for a little extra lighting here and there, but why use the one installed on your rear bumper while stuck in traffic?

13. Visual distraction. If you ever need to know which commercial models are the most sought-after in the business, all you have to do is drive down EDSA. Billboards line up our highways and expressways in such obscene numbers it's almost criminal. We frown upon drivers using their mobile phones while operating their motor vehicles, and yet think nothing of distracting them with a gigantic photo of Anne Curtis in a two-piece swimsuit. To make matters worse, someone thought of roving billboards, which are a monumentally stupid idea. They take up more precious road; they’re slow and add to the ripple effect of traffic; and they pollute the air. Someone please ban them.

14. Social-media shame. Maybe you gave in to the temptation to counterflow that one time, and someone took a snap of your car with your license plate visible. Or maybe you snapped and yelled at a traffic enforcer because you were having a bad day. It happens to the best of us, right? Well, no. If a photo of you is spreading like wildfire because you’re a douche, then this is one suffering you deserve. 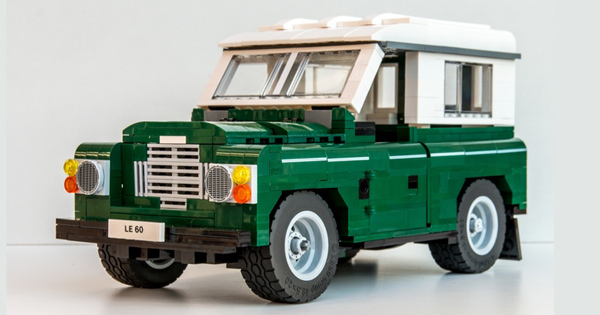 8 Lego car concepts we seriously hope will hit the production line
View other articles about:
Read the Story →
This article originally appeared on Topgear.com. Minor edits have been made by the TopGear.com.ph editors.
Share:
Retake this Poll
Quiz Results
Share:
Take this Quiz Again
TGP Rating:
/20