Bye-bye, Bug: We bid farewell to an icon

Volkswagen recently showed off some of its plans for the future during the 2018 Geneva International Motor Show. The current SUV lineup got some fresh changes with the all-new seven-seater Tiguan called the AllSpace, and a brand-new Touareg debuting in late March.

The star of the show space, however, was the company’s all-new electric platform for 2025, showcased in the I.D. family of cars.

One of the most remarkable, albeit disheartening news tidbits to come from the show floor, was a remark from Volkswagen research and development boss, Frank Welsch. In light of all the new models and plans that were presented, Welsch confirmed the end of the Beetle line, saying that the third-generation Beetle (2011 to present) would be the last of the Bugs.

The all-electric, retro-futuristic styled Microbus reincarnation, aka the I.D. Buzz, will carry the torch as its "emotional" model come 2022, with the I.D. Hatchback, I.D. Vizzion and I.D. Crozz positioned as its mass market, electric-powered offerings in 2025.

Much like some real beetles in the wild, Volkswagen can be seen as undergoing a metamorphosis, molting and shedding off its old skin to enter a new era in both design and strategy. It's obvious the company is in a process of reconfiguration, and is gearing up to better meet global consumer demands.

The growing uproar for SUVs and for better, cleaner powertrain options means the company's resources have to be shuffled around, and slow-moving products will have to give way to new and more exciting ideas. Of course, the Dieselgate scandal from a few years ago didn't help the company’s position, and this means Volkswagen will have to bring something new to the table to substantiate its commitment of offering sensible, forward-thinking cars.

With the expensive measures put in place to mitigate the problems brought about by the scandal, Volkswagen badly needs to sell. And if they can't sell the Beetle, then it's only contributing to the company's problems. Never mind the fact that it's as iconic as the Volkswagen name itself, and practically the rock on which the company was founded. It's a numbers game now, and the numbers dictate that the Beetle exit stage left.

A big drop in global sales for the current Beetle has shown that people just aren't as interested in the car, its roots, or even its rationale. Sales figures in the US from stat site carsalesbase.com stand at 15,166 units for 2017--a paltry looking figure compared to its 2013 peak of 43,134 units.

And the story gets more dismal when compared to sales of the previous generation Beetle, which peaked at 83,434 units in 1999, a year after its introduction, and which bowed out at 16,537 units by the time the current one was introduced. Sales figures in Europe tell of a similar sad fate for the car. Shocking when directly compared to the original Beetle's sales figures in the '60s, numbering in the hundreds of thousands annually.

End of an icon (again)

So what does this all mean for the Beetle faithful? First, if you're primarily a fan of the original, as I am, then this isn't going to sting as much as it did in 2004, when the Ultima Edicion Beetle rolled out of Mexico to signal the end of the air-cooled Bug.

Not that it's completely going to be painless, though, because with 1998's Beetle and 2011's handsome refresh, we all hoped that the magic would return. But let’s be real: It never really did. Not for us, at least.

Don’t get me wrong. Maybe as VW fanatics, we craved and desired the next-generation Beetle as a more practical and more modern stand-in for all our unfinished restoration projects. But the thing is, not a lot of us were buying it either. If, however, you were a kid in 1998 that fell in love with the new Beetle and had absolutely little to no connection with the original, then yeah, this is definitely going to sting.

It's not like the Microbus or Kombi, which eventually evolved into the Caravelle and the Vanagon. At its core, that vehicle was about utility. The original Beetle? Its core was mobility--a means of transportation for the masses.

But in the past two or three decades, that game has changed, and maybe the definition of mobility just isn't what it used to be for the humble Bug. Maybe in its front-wheel-drive, water-cooled, front-engined reincarnation, it just wasn't as viable an option for mobility anymore.

Rising global sales for anything that has the letters S, U and V on it are a clear indication of the changing tastes of the times. The only Volkswagen that's practically stayed the same is the Golf, and it is as endearing and as enduring as it ever was. A genuine, emotional model that connects Volkswagen's past and future. May it stay as the last remaining beacon of hope for us fans.

Change has pushed the limelight away from quirky heart-tugging cars, and focused it on more practical people movers dressed up in some funk or other. Maybe we just started to like sitting higher up on our seats. Maybe driving with a more commanding view of everyone else has become the status. Or maybe sticking more people in a car has become the norm. I don’t know.

There's a joke, though, about how many people can fit inside an air-cooled Beetle. Do you know it? Yeah? You’re old. And well maybe, so is our beloved Beetle.

It's done its job, and maybe now it can just live on in the sentiments and memories of crazed VW fans like me. Or maybe it'll pop up again in two decades or so. One never really knows.

In the meantime, I'm reaching out to all the VW guys: Lest we lose our other muse, everybody secure a Golf. Right now. 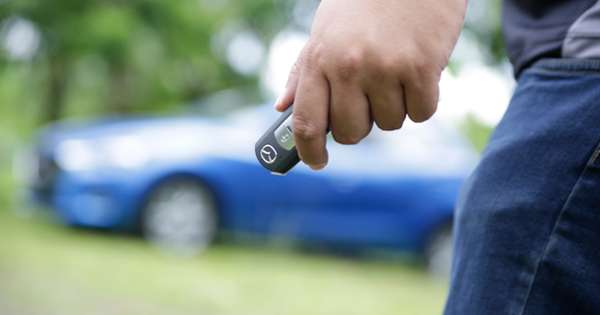 8 Subcompact sedans you can own for under P15,000 per month
View other articles about:
Read the Story →
This article originally appeared on Topgear.com. Minor edits have been made by the TopGear.com.ph editors.
Share:
Retake this Poll
Quiz Results
Share:
Take this Quiz Again
TGP Rating:
/20