These are future collectibles
Oct 30, 2014
CAR BRANDS IN THIS ARTICLE 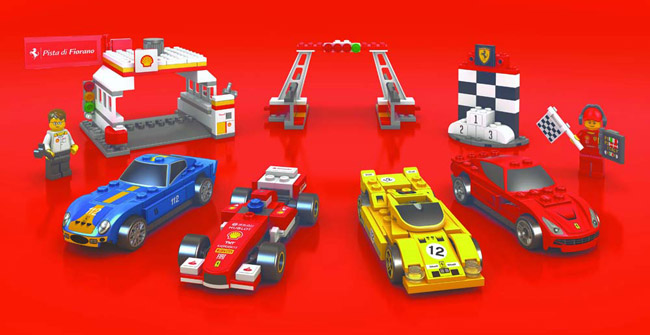 Shell Philippines has launched its latest--and last--partnership with Lego locally with its "2014 V-Power Nitro+ Lego Collection."

For this year, the collection has four Ferrari cars and two playsets with a minifigure each. Like the previous Lego Ferrari cars, this year's collection also has a pull-back mechanism for the cars. And since these are Lego models, some assembly is required to put them all together.

The four Ferrari cars in this year’s set are:

As for the playsets and Minifugures, these are the Shell Station, which recreates the real one found at Ferrari’s Fiorano racetrack with a Shell scientist minifigure, and the Finish Line and Podium with a Ferrari minifigure holding a pit board.

We figure this year's collection will become future collectibles since Shell's partnership with Lego ended earlier this month following Greenpeace's campaign, which called for the toymaker to end its association with the petroleum company.

Instagram post of the day: What would your car say if it could talk?
View other articles about:
Read the Story →
This article originally appeared on Topgear.com. Minor edits have been made by the TopGear.com.ph editors.
Share:
Retake this Poll
Quiz Results
Share:
Take this Quiz Again
TGP Rating:
/20