The best places to drive a Subaru XV in Cebu

Whenever we get our hands on a Subaru, there\'s one place we try to hit before having to reluctantly return the unit. That place is Tanay, famous for its wonderfully winding roads that are a challenge to both car and driver. We\'ve often come upon fun-running Subaru clubs there, too. The looping turns are a great test for the offbeat Japanese carmaker\'s technologies, namely, the boxer engine and Symmetrical AWD.

But that\'s here in Manila. How about in Cebu, which likewise has a thriving Subaru fanbase catered to by Autocentral Incorporated (Subaru Cebu), the local dealership in Mandaue? This we found out during the recent Cebu leg of the Subaru XV SubUrban Drive.

\"Cebu has several types of roads, from urban to beach to off-road conditions,\" explained dealer principal Brian Chua. \"The XV behaves properly on all [these] road types due to its car-like ride, sporty handling, SUV stance, and Symmetrical AWD.\"

The brand\'s fans and associates alike, however, tend to have a soft spot for twisty bits, which was why the driving event was mostly confined to two environs: the city and the zigzags.

After an early meet-up at Subaru Cebu, our group headed to Fort San Pedro in the Pier Area. Built in 1738, it\'s the oldest stronghold in the country, first constructed out of wood but eventually rebuilt into a stone structure. Nearby are another two of the city\'s well-known landmarks: Magellan\'s Cross and the Basilica Minore del Santo Niño. Any Cebu excursion, especially for first-timers, wouldn\'t be complete without a visit to these places.

Driving around the urban area of the province can get intimidating even for weathered motorists; compared to their Manila counterparts, many of the drivers here seem to approach intersections at twice the pace (with half the caution). Motorcyclists and tricycle operators are just as, well, brave, and have this unnerving capacity to suddenly materialize on your side mirrors. All these things provided for a city-wide gymkhana course for our convoy of Subaru XVs, and the cars were fortunately able to rise up to the challenge, thanks to their quick-flick handling, sensitive brakes, and responsive (more so than expected) Lineartronic CVTs.

After a quick stop at the newly built Pedro Calungsod Chapel and a lengthy lunch at Zubuchon, it was time to head up the mountains. The Transcentral Highway is the Cebu equivalent of Sierra Madre\'s snaking roads. Fellow Top Gear Philippines writer and resident Cebuano Jason dela Cruz says it\'s also called Busay. Quite amusing how that rhymes with \"Tanay,\" especially since Subaru owners frequent the area, too, for their fun runs.

We enjoyed the view at the Tops observation deck, then drove up some more. Even after our pork-tastic lunch headlined by lechon, the Subaru XV\'s 2.0-liter powerplant had little trouble with its hauling duties. Our progress was all too swift even with the requisite roadside photo ops, and soon, we were pulling up outside Adventure Café to zipline some of the calories away.

The group needed that, too, because dinner at Lantaw Native Restaurant led to another encounter with roasted pig. But before we could give the \"been there, eaten that\" line, we were informed that this pig had been ordered from Rico\'s Lechon, and it had a flavor that was distinct from that of the Zubuchon variety. So we switched our thinking to \"you only live once\" to justify stuffing our faces again.

Our return trip back to the city was even speedier, partly because we were desperate to get to bed after overindulging, and partly because of the mistaken assumption that the convoy had broken up and we were free to drive at our own pace (oops). That downhill sprint pretty much summed up our Subaru XV Cebu experience: too quick to end, but nevertheless satisfying. Now, should you find yourself visiting Cebu with a Subaru at your disposal, you know where to go and what to do.

Oh, and Rico\'s Lechon is the better pig in our opinion. 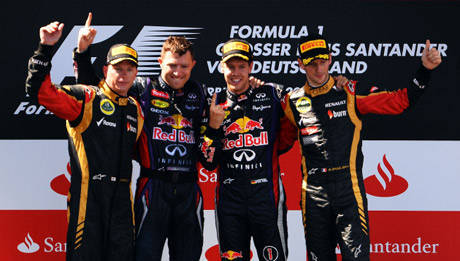