From games to wheels, petrolhead pressies for every type of racing game fan
by Mike Channell | Dec 16, 2018

Welcome to your official dual-purpose Top Gear Christmas gaming gift guide. On the one hand, you can use this handy list in order to select the perfect gift for your car-loving gamer friend.

On the other, and as is more likely, you can share this link to your loved ones on social media as a not-so-subtle hint that you want to find this stuff under the tree come December 25th. Who are we to judge?

Perfect for: The supercar lover
Platform: Xbox One and PC

It’s not difficult to pick our racing game of the year—in fact we haven’t seen a fight this one-sided since a T-Rex ate that guy off the toilet in Jurassic Park. Forza Horizon 4 on Xbox One and PC is an astonishing achievement, offering a compact, idealized version of Britain, four separate seasons of weather to negotiate, and hundreds of cars that are accurate almost to the micron.

Whether you’re cruising around with mates, churning up areas of outstanding natural beauty in a Land Rover, or clinging onto a hypercar in an illicit street race, Forza Horizon 4 is essentially all your road-trip fantasies with none of the hanging around on fuel-station forecourts.

Perfect for: The hardcore sim racer
Platform: PS4 and PC

We’re firm believers that every serious racing-game fan needs a wheel and pedals to make the most of increasingly sophisticated driving sims—not least because if you tried to drive a real car with a twiddly little gamepad, you’d be upside-down in a hedge before you could say ‘snap oversteer.’ Fanatec’s recent output has been brilliant, particularly the one-to-one replica of a McLaren GT3 wheel. The world’s first officially licensed F1 wheel for PS4 and PC is no exception.

The Fanatec CSL Elite F1 set marries the CSL Elite base and pedals, with its butter-smooth force feedback, to the brand-new Clubsport F1 Esports rim used by the Formula 1 eSports series competitors. As we’ve come to expect from the German manufacturer, the hardware is sturdily built and an object of deeply pleasing tactility even before you’ve plugged it into your console. Plus, wrapped as it is in proper alcantara, it’s the perfect excuse to go full sim and break out the racing gloves. As if we needed an excuse.

Perfect for: The motorsport fan
Platform: Xbox One, PS4, and PC

Formula 1 is a complicated sport. We reckon you’d probably need a degree in mechanical engineering just to work out how to swap the driver’s drinks bottle. In F1 2018, through some sort of programming wizardry, all the technical elements of the series are turned into entertaining gameplay features and married to wheel-to-wheel racing that has gotten even more intense in this year’s edition.

Somehow, F1 2018 manages to turn what should feel like a 300kph maths lesson into not just one of the best racing games, but one of the best sports games, full stop. A full stop being exactly what we experience when we clatter into the barriers in Monaco for the umpteenth time.

Feeling flush with cash? If that’s the case, the ultimate gaming gift this Christmas is the HTC Vive Pro McLaren Edition, decked out in the team’s current F1 colors and weighing in at a wallet-worrying £1,450 (P96,700).

To be fair, the Vive Pro is the most advanced consumer-grade VR headset around, requiring a hefty PC but boasting precise motion tracking and more pixels pressed up to each eyeball than your 1080p telly. That means when you slide into the cockpit of one of the three classic McLaren F1 cars included in the bundled copy of rFactor 2, you’ll feel like you’re actually nestled in there.

There’s also a bespoke VR experience that casts you as a wheel-gun-toting member of the McLaren pit crew, which doesn’t seem quite as glamorous as heroic racing driver, if we’re brutally honest.

Perfect for: The casual driver
Platform: Xbox One, PS4, and PC

The Crew understood that driving games aren’t necessarily all about racing—they can also be about mucking around an enormous open world with friends, soaking up the beautiful scenery. The Crew 2 is even more relaxed about what constitutes a driving game, adding boats and stunt planes to the mix.

Regardless of how you get around, this compressed version of the contiguous United States is even prettier than it was in the first game, while there’s a greater diversity of things to do while you’re there, too, from drifting a Citroen C3 WRC around the Grand Canyon to skipping a twitchy jet boat through the Everglades. This is basically the Christmas chocolate selection box of video games, but before someone snaffles all the toffee ones. 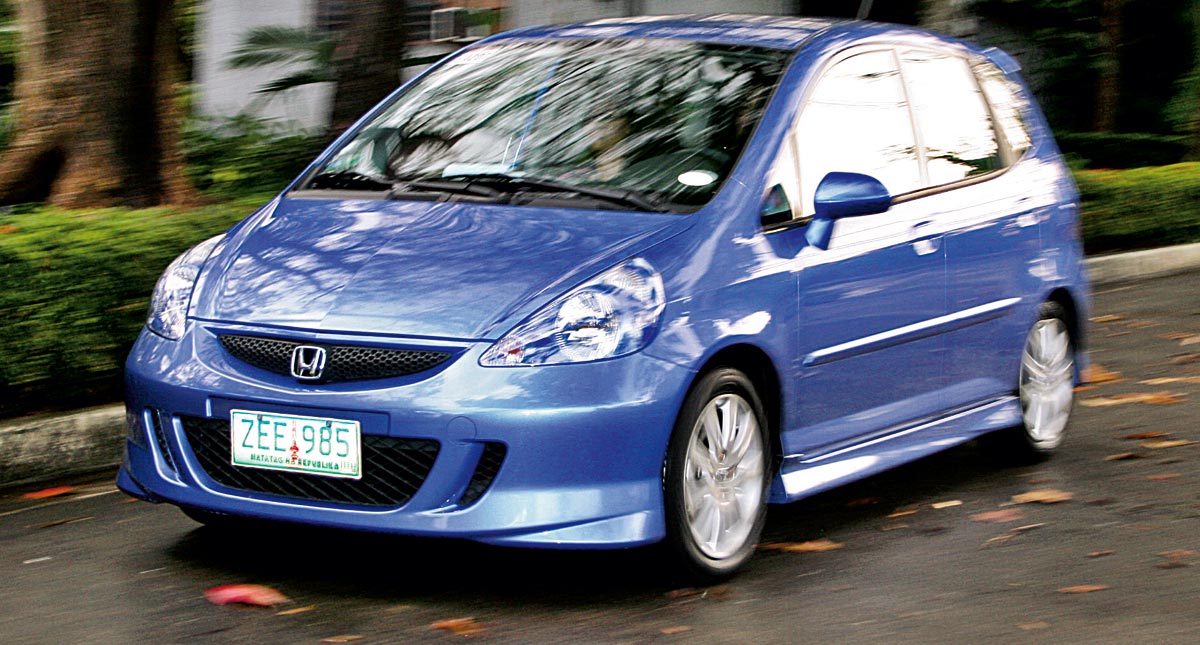 Our take on the first-generation Honda Jazz
View other articles about:
Read the Story →
This article originally appeared on Topgear.com. Minor edits have been made by the TopGear.com.ph editors.
Share:
Retake this Poll
Quiz Results
Share:
Take this Quiz Again
TGP Rating:
/20