In case of emergencies
by Raymond Figuerres and Paulo Rafael Subido | Jul 23, 2019

Did you know there’s a way to keep a battery fresh for longer periods of time? It comes in the form of a battery tender. This one, produced by CTEK, “restores, charges and reconditions the battery using a patented multi-step charging process.”

The device is compatible with all types of 12V batteries, including lithium ones. The adaptive charging mode automatically recognizes the size of the battery and selects the optimum charging settings for the fastest charge. Just plugging in the car battery and doing one charge cycle twice a year can extend the life of the battery by a significant amount. We’ve experienced it firsthand. 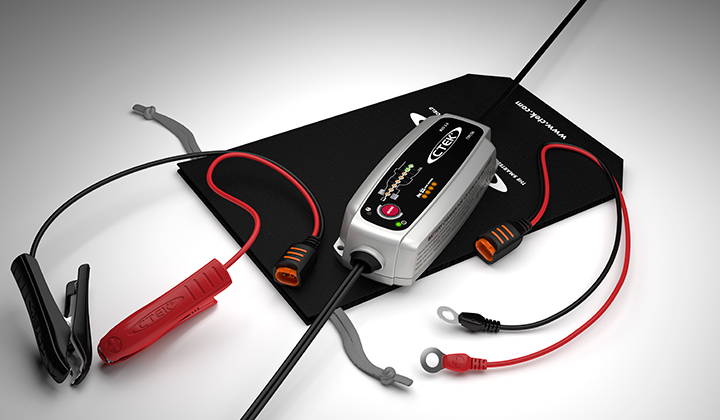 If your battery finally goes dead and you don’t have the battery tender with you, read on. Now it can happen to anyone, even the most finicky petrolhead: You forgot to turn off cabin lights before leaving the parking lot. You get back to a car with a drained battery. Now you’ll need a friend with a good running car and a set of jumper cables to get back on the road.

Before we proceed, a number of precautions. Be aware that you are dealing with low voltage but high current that’s enough to cause severe electrocution. Reversing the polarity of the connections, connecting positive to negative, and vise versa, will damage critical electrical components and trigger fault codes, and may even cause fires. If you’re lucky, you’ll only blow one or two fuses.

The manuals for both your car and the donor car will have specific instructions on how the jump-start process should be done. There may be an illustrated guide that points out the location of the recommended grounding post, or dedicated jump-start terminals. These terminals are fuse and/or diode protected and isolate sensitive electronics.

If you’re the one providing the jump-start, check the manual before helping out a friend or a stranger. You could be doing harm and causing damage instead of helping. In general, here’s how to rig up the jumper cables safely:

Have your friend park his car close enough, but the car bodies should not be touching. Put an automatic transmission in Park; a manual car should be in neutral. Set both parking brakes. If the ground is wet or it’s raining, it’s not safe to be handling hefty electrical wires.

Open both hoods. Your booster cables should be long enough to bridge the distance between the batteries. Turn both cars’ keys in the off position. Better yet, take the keys off the ignition switches. 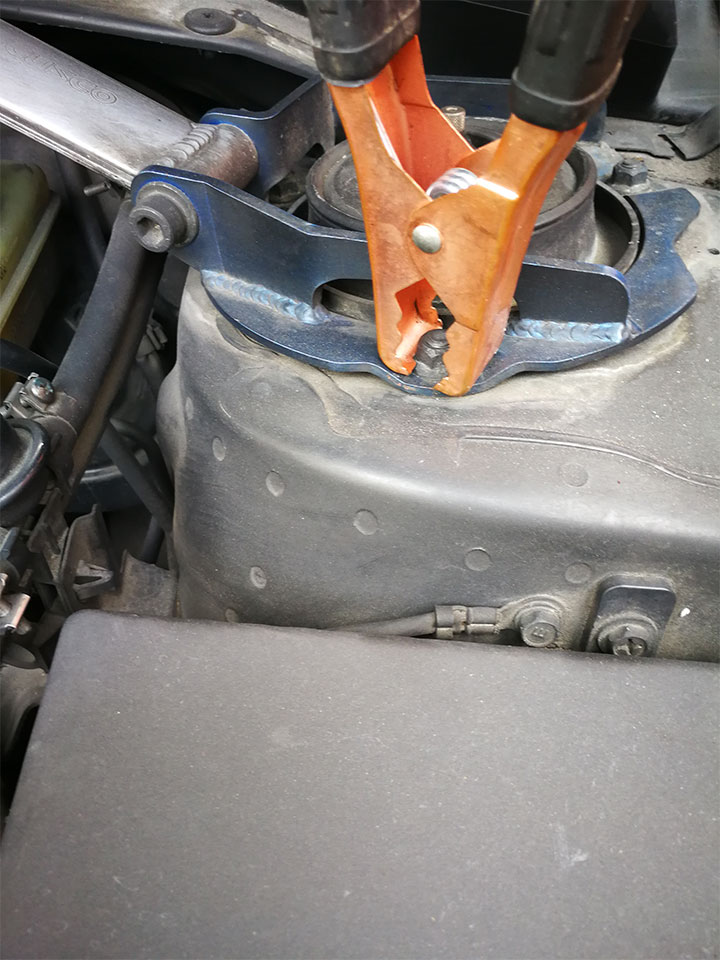 The cables are now energized and the last step to complete a circuit is to connect it to an appropriate ground on the stalled car. It could be any unpainted surface, but I suggest to connect it to something away from the battery fumes, moving parts, hot surfaces, or fuel sources. When you connect the last clamp, sparks are unavoidable, and it could start a fire in the engine bay. Clamp it on a strut bolt or the engine hoist.

When you start it, that car’s alternator will generate a current that’s now routed to charge both batteries. It will take a few minutes of charging before the combined parallel current of the batteries is enough to start the car. The charging system can generate more amperage and speed up the process if the donor car is revved.

5) Start the car with the weak battery.

Even if it isn’t fully charged yet, there should be enough voltage and current from the batteries connected in parallel, to crank the starter motor. 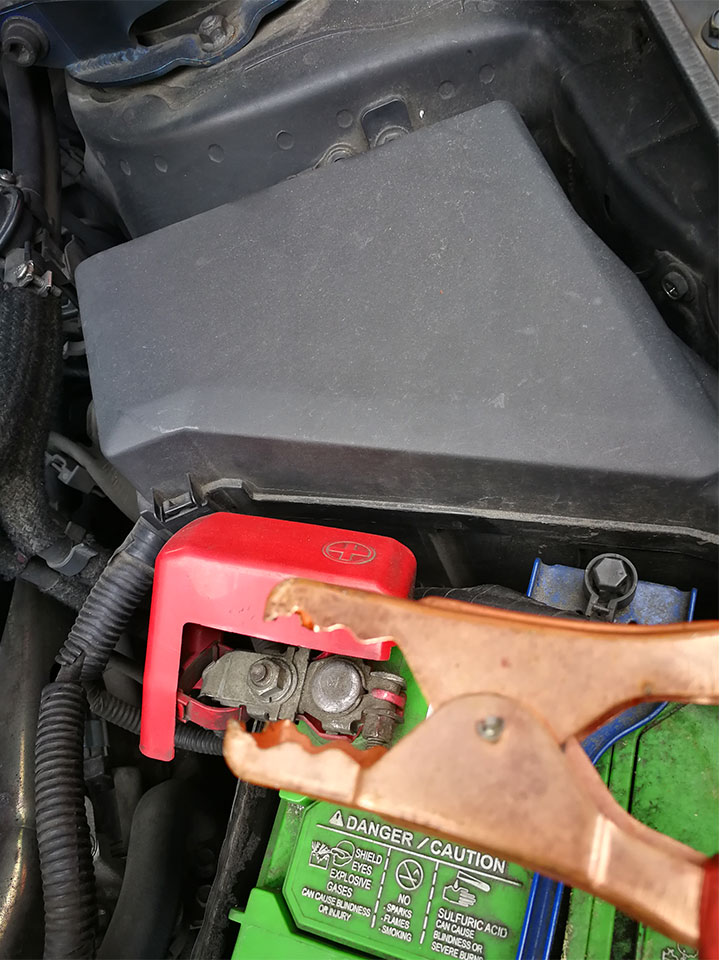 Remove the last clamp you attached, observing the reverse of the sequence when you attached them. Next off would be the black clamp on the negative battery terminal of the helper car, then the positive clamp on the good battery, and lastly the red clamp on the weak battery’s positive terminal. 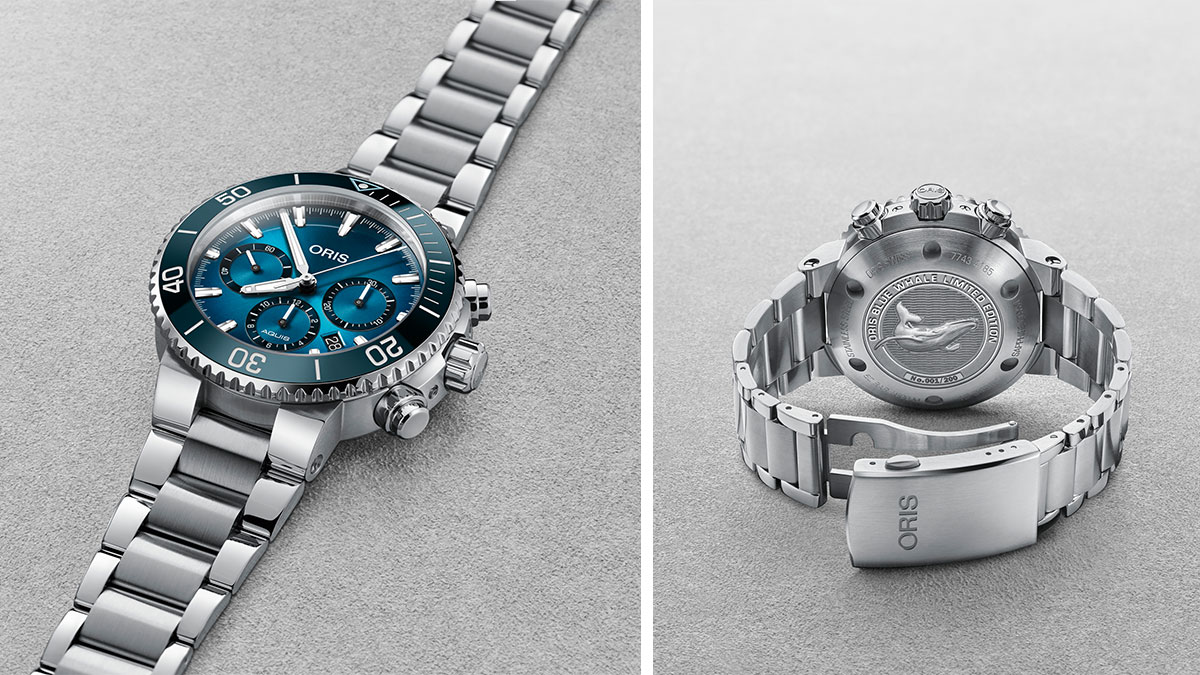 Oris releases the final timepiece in its Ocean Trilogy
View other articles about:
Read the Story →
This article originally appeared on Topgear.com. Minor edits have been made by the TopGear.com.ph editors.
Share:
Retake this Poll
Quiz Results
Share:
Take this Quiz Again
TGP Rating:
/20