An experiment in adding lightness 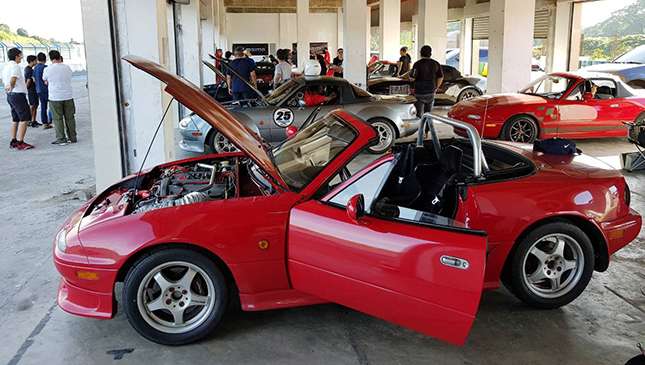 While many people are still obsessed with sheer horsepower, they forget that weight is also a big part of the performance equation. An interesting experiment to take the weight reduction ideas of Colin Chapman to the logical extreme for a street-legal race car was conducted by the Mutineer Roadsters, a group of Miata enthusiasts, during the last race of the 2017 Miata Cup in Clark International Speedway (CIS).

Cael Gaite, a seasoned karter, race car driver, and the architect of the Carmona kart track, arrived from the US to drive a first-generation (NA) Miata specially prepared by local Miata enthusiast Rene Mapua. Cael chose to emigrate to the US in the early 2000s for greener pastures. But his enthusiasm for Miatas and finding local Miata diehards like Rene and the Mutineer Roadsters brought him back to Philippine motorsports.

Except for a nitrous-oxide injection system, the Miata's 90hp engine is stock. However, Rene changed several of the car’s body panels from the stock steel and aluminum components to carbon fiber. The extent of the body-panel replacement was extensive. The front and rear bumpers, both front fenders, the hood, the trunk lid, and both doors are all completely made of the lightweight material. Only a trained eye can distinguish these from the original steel or aluminum panels that they replaced. It is estimated that the total weight savings from using carbon fiber panels is 36kg. This may not seem like much, but the performance gain from the weight reduction is staggering.

Encircled in the photo below are all of the panels that have been changed to carbon fiber. 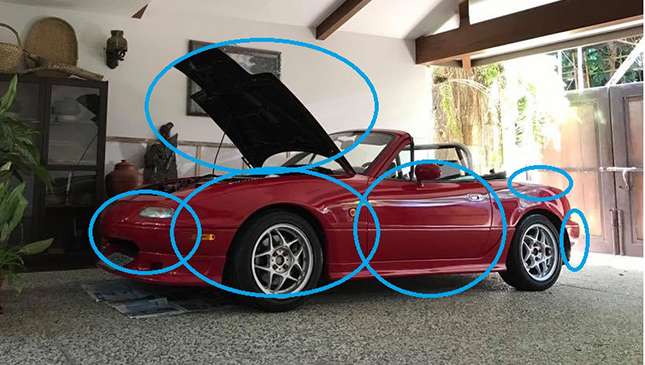 Rene's car is a super-lightweight Miata—a superleggera, so to speak. All the carbon fiber panels were developed and made by him and his skilled technicians in his Makati shop. For the past decade they have been quietly creating high-quality, custom carbon fiber components, building original one-off components for himself and customers, or repairing existing carbon-fiber components of different vehicles—including bicycles. 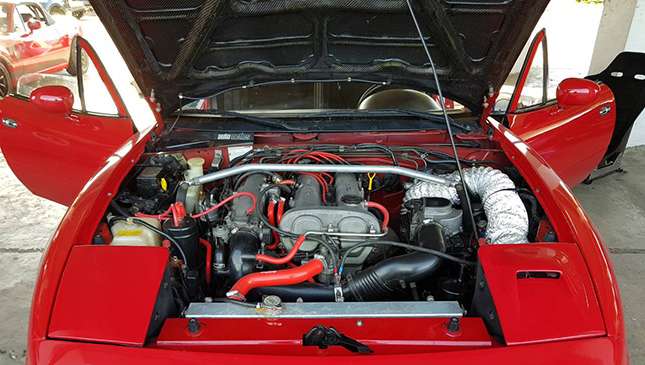 In the photo above you can see the exposed weave of the carbon fiber hood.

Using this lightweight Miata, Cael easily took pole position in the qualifying rounds, beating more powerful, highly-modified, supercharged Miatas with over 200hp. In the two Miata Cup races of the day, he piloted the lightweight roadster to the top of the podium. The combination of Cael’s driving prowess and Rene’s carbon fiber engineering made for some blistering lap times around ClS.

The fastest CIS lap time held by a Miata belongs to another one of Rene’s creations: A turbocharged, rotary-engined, Miata/FD3S RX-7 ‘hybrid’ that puts out about 230hp at the wheels. It is also lightened by carbon fiber body panels. Driven by Rene, this car has lapped CIS at 2:17:902.

The next-fastest Miata around CIS is one with more than 200hp under the hood. It is a turbocharged Miata that belongs to John Camus. Its best time is 2:21:265—a nearly 4sec difference.

Incredibly, with nothing but a stock 90hp engine boosted with nitrous oxide and lightened by carbon fiber panels, Rene’s superleggera Miata driven by Cael is now the third-fastest Miata, with a best time of 2:22:33. It is just 1sec away from Camus’s turbo Miata that has over 200hp at the wheels.

Plenty of lessons were learned during that race weekend, with the principal point being: With a great driver, 100lb of weight reduction is worth more than an additional 120hp. Like Colin Chapman said: “Adding power makes you faster in the straights. Reducing weight makes you faster everywhere.” 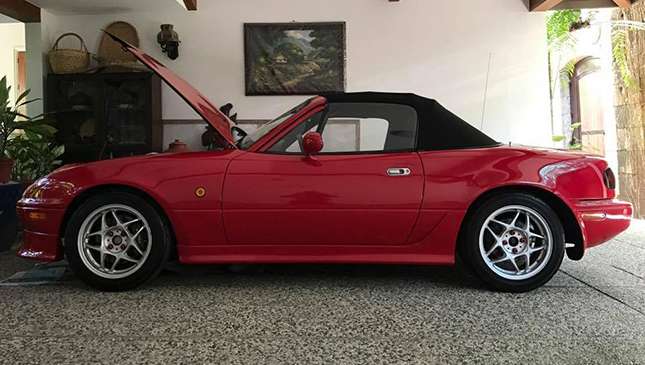 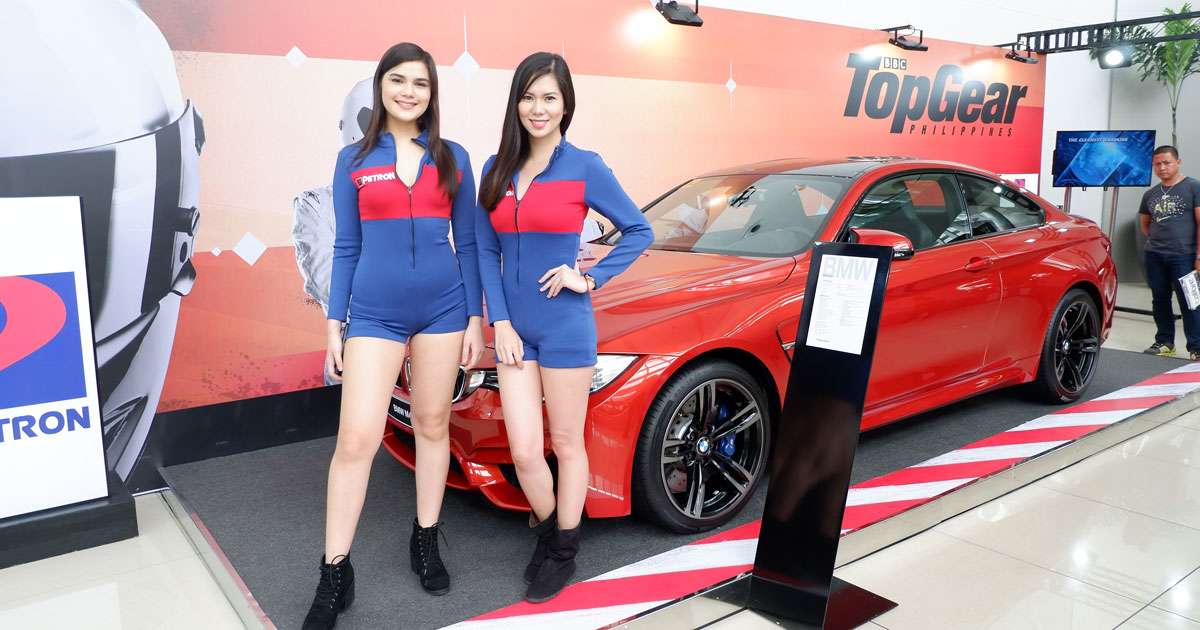 9 images: The girls of the 2017 Manila Auto Salon
View other articles about:
Read the Story →
This article originally appeared on Topgear.com. Minor edits have been made by the TopGear.com.ph editors.
Share:
Retake this Poll
Quiz Results
Share:
Take this Quiz Again
TGP Rating:
/20