How to tell if your car needs new brake rotors

The most important safety component of any vehicle is its brake system. If the driver cannot stop the vehicle effectively, an accident is almost certain to happen. Part of a comprehensive preventive maintenance service is ensuring the efficiency of the whole brake system.

Brake pads are replaced when worn as indicated by the wear indicators. Brake fluid, functioning as hydraulic fluid, has to be inspected and replaced regularly because it is hygroscopic, meaning it attracts water. Brake fluid absorbs moisture in the air, and when that happens, it has decreased thermal efficiency—the fluid will boil at a temperature closer to the boiling point of water, and when it boils, the presence of air will make its hydraulic function ineffective. The brakes then gradually and progressively fade, and the pedal will feel like a sponge when you step on it. For reference, the boiling point of DOT 3 brake fluid is over 200 degrees Celsius. That of DOT 4 is even higher at 240 degrees Celsius. 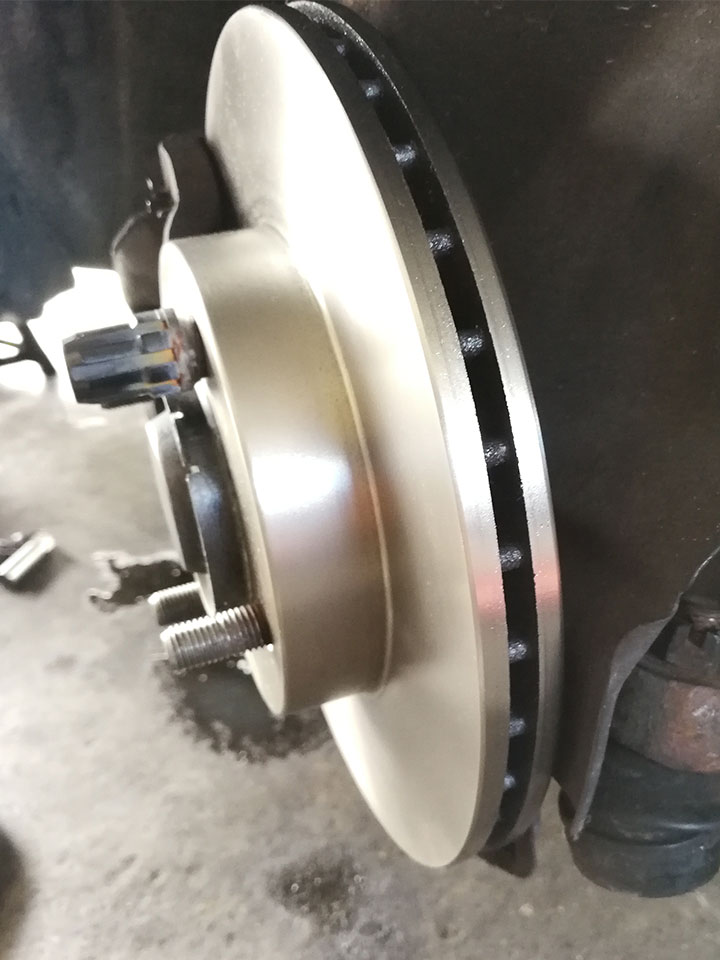 The most neglected part of the brake system seems to be the brake rotors. It’s a routine practice to inspect them together with the other brake components, but how do we know when they need to be changed? Most repair shops will recommend replacing them after two or three brake-pad changes. They are, like brake pads, consumable parts: They stop the car by creating friction, and the repeated grinding inevitably wears them out.

Depending on the brake-pad material used, rotors can last longer than two or three pad replacements. Commonly used organic pads or non-asbestos organic (NAO) pads are not too aggressive on the rotors, but they wear out quickly because they’re relatively soft. Semi-metallic brake pads or performance pads are harder; they shorten the lifespan of the brake rotors, so you will have to replace the rotor sooner, maybe with every other pad change.

Watch for these signs to determine when you need to replace the rotors:

The brake system is constantly heat-cycled. Whenever you step on the brake pedal, the friction stopping the car produces heat. The rotors are usually ventilated so that they can cool off to prepare them for the next time you need to stop. This frequent cycle can fatigue the metal and cause it to crack. The worst thing that can happen is when the rotors are very hot and then rapidly cooled, such as when you wade in floodwater or wash the car immediately after a spirited drive. The rapid expansion and contraction of the metal caused by sudden temperature changes will cause it to crack. When a crack is visible, it’s time to replace the rotor. 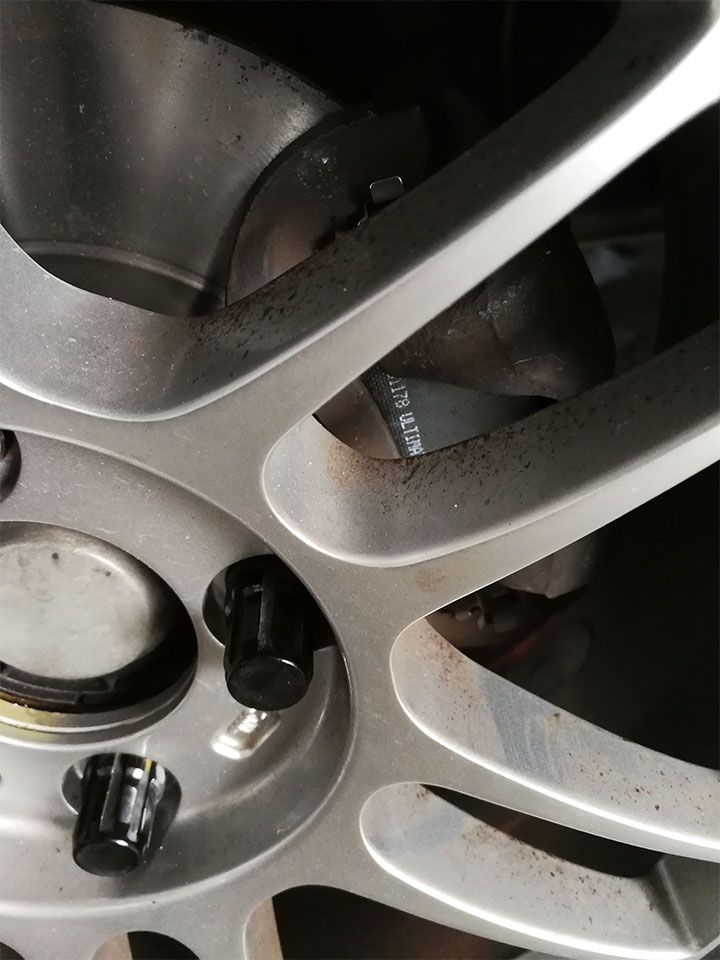 A chip may be caused by a collision or roads debris finding its way into the wheel wells. It’s unusual, but it can happen. It could also be caused by a previously neglected crack. A chipped rotor can cause premature brake-pad wear, damage to other parts, or, at its worst, a catastrophic failure.

Shallow circular grooves on the surface can be normal, and occur when there’s dirt in between the pads and the rotors. Simply cleaning the pad-rotor interface will solve this and prevent deepening of the grooves. That said, rotors that have dramatically decreased thickness should be replaced. The car’s service manual should have the information on the minimum rotor thickness, or it could be engraved on the rotor itself. If the rotors have a noticeable lip on the edges where it contacts the pads, it will be obvious how the pads have scored a deep canal into the meat of the rotors. 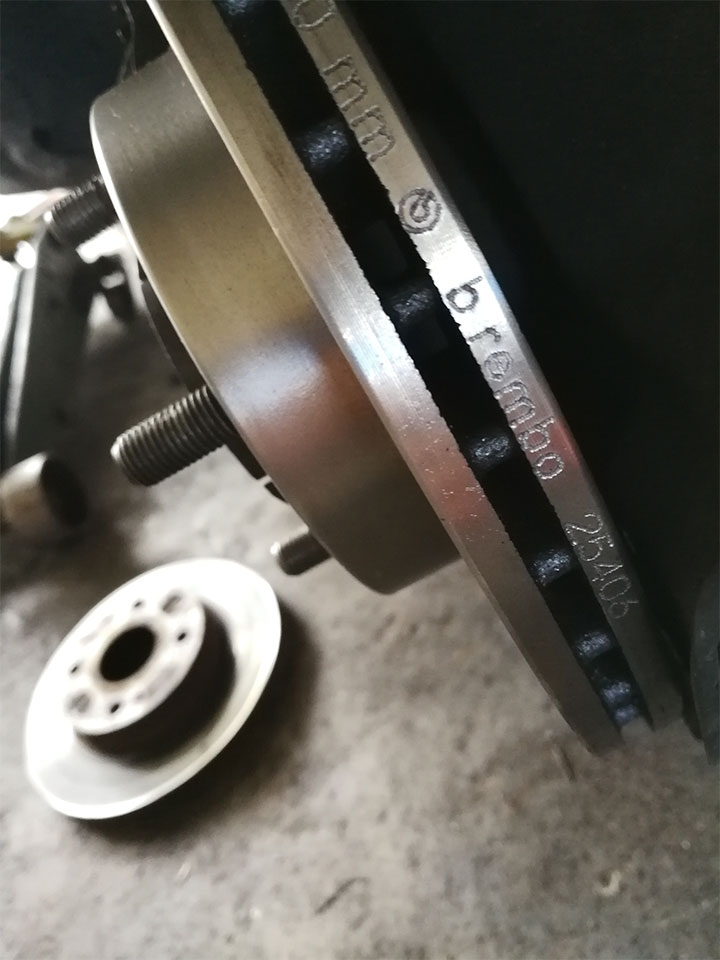 This is mostly felt and heard, not seen or measured. If the pads are clamping down on an uneven rotor surface, it will be felt as feedback vibration on the steering wheel, the brake pedal, or both. Brake judder and the noise it makes are more pronounced when braking at higher speeds. It may be described as a warped rotor, but from experience, these rarely warp. The uneven deposits of brake-pad material on the rotor surface will promote the formation of cementite, a byproduct of pad material and rotor metal bonded together by heat.

Resurfacing the rotors may be an option, but with the cost of new rotors being low enough, the labor-intensive resurfacing may cost more. I’ve had this problem before, and changing out to a more aggressive semi-metallic pad was enough to wear out the cementite deposits on my rotors. Improperly bedding new pads will cause this problem, too.

Surface rust is normal as bare metal exposed by abrasion is oxidized by humid air. Significant rust formation with fragments scaling off is dangerous. It means the rust extends deep and has compromised the structural integrity of the rotor material. It will break, not brake, when enough stress is applied to it.

If you notice that your car’s brakes don’t work as effectively and it takes greater pedal pressure to bring the car to a stop, the rotors may not be providing enough resistance to halt the kinetic energy of the spinning wheels. They have smoothened so much that the brake pads, even when new, can’t clamp onto them properly. 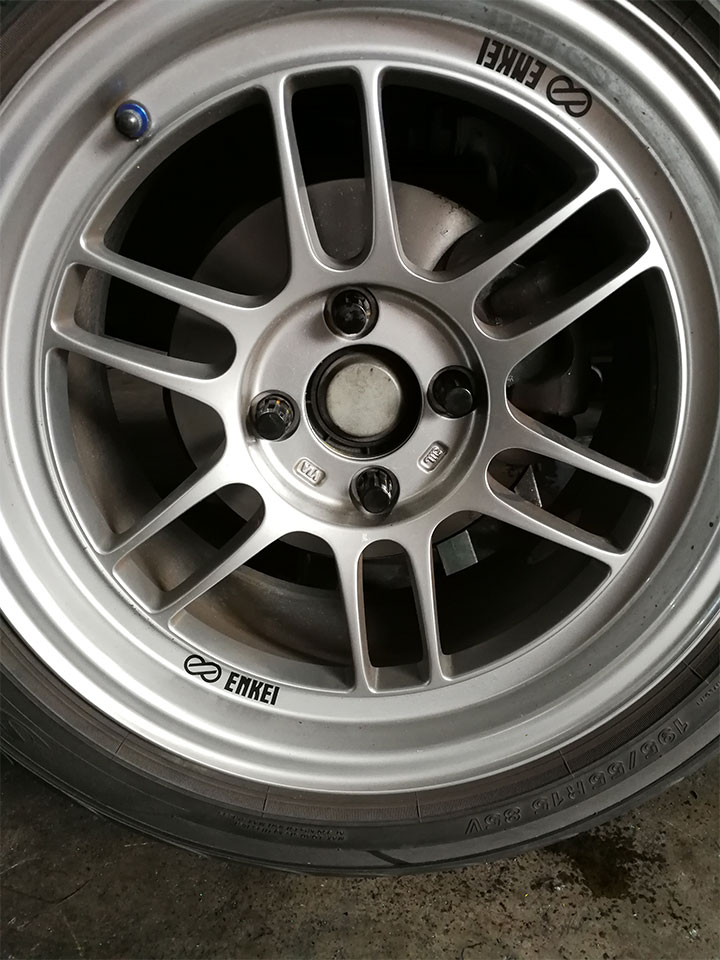 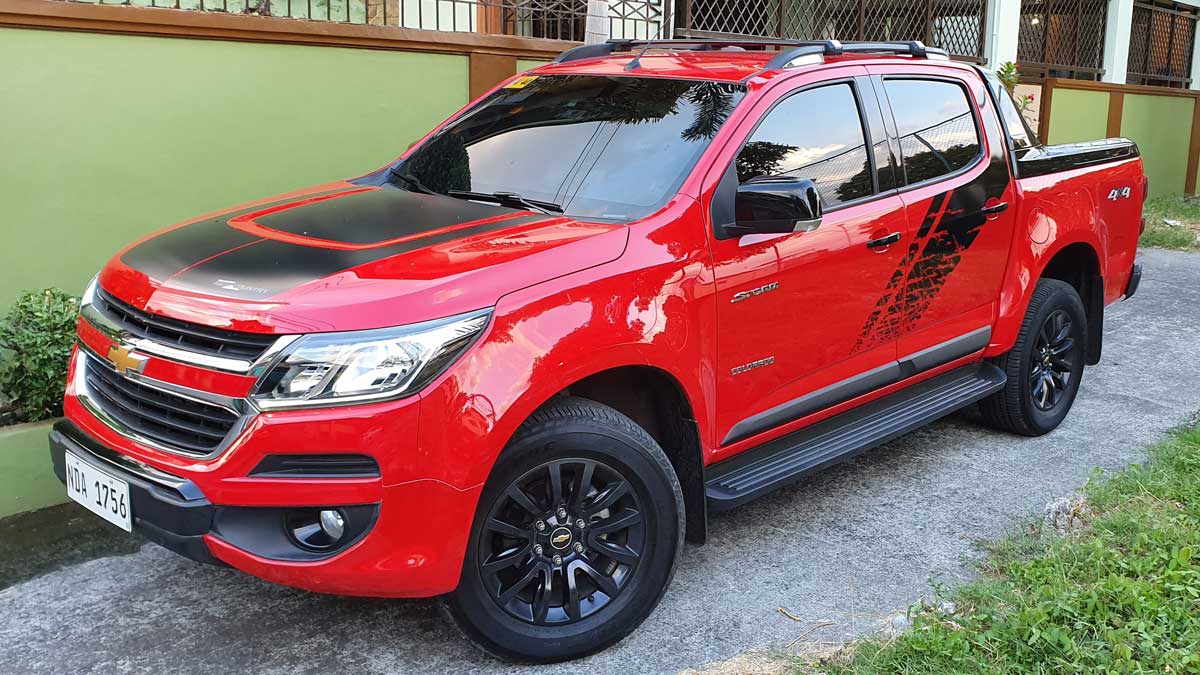 Is the Chevrolet Colorado High Country Storm worth the price bump?
View other articles about:
Recommended Videos
Read the Story →
This article originally appeared on Topgear.com. Minor edits have been made by the TopGear.com.ph editors.
Share:
Retake this Poll
Quiz Results
Share:
Take this Quiz Again
TGP Rating:
/20