Pumped-up Kicks: Nissan’s new crossover might be what makes hybrids cool in the Philippines 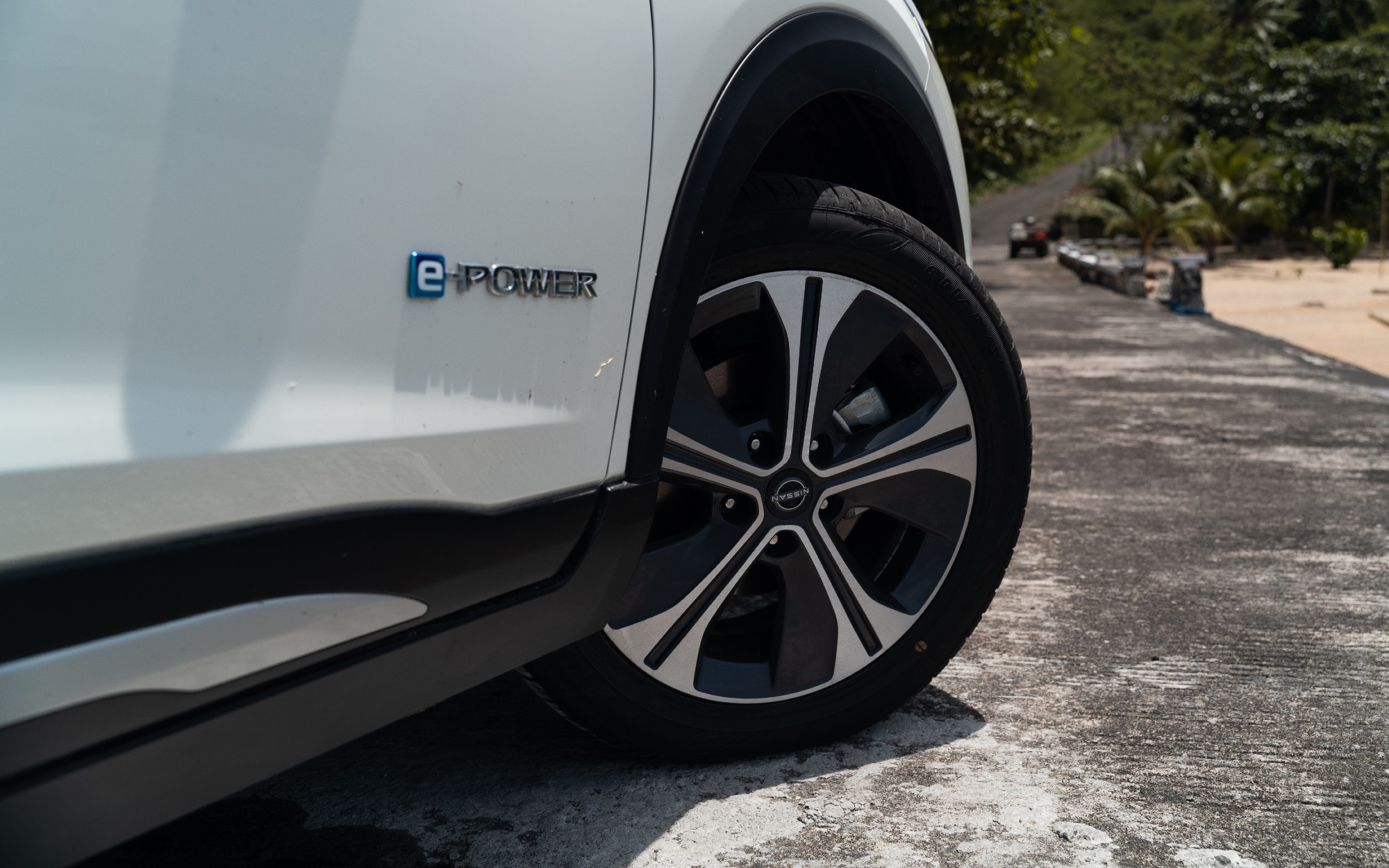 “There’s a lot of tech to appreciate here”

How far is the break-in period for a car? It depends on who you ask. Some place the figure as low as 300km to 500km, while others estimate you shouldn’t run your car hard for at least a few thousand. For me? Wisdom from veteran mechanics and old-school car guys I’ve come across have always pegged the number at 1,000km.

That might sound like a big number, but that’s just an average month of daily driving for a Metro Manila resident who uses their car to go to and from the office. But imagine trying to cram that distance into just two days of driving. Breaking in, or reaching breaking point?

Look, we love driving and all, but two 12-hour stretches behind the wheel is enough to make anyone throw away the keys to any car in contempt. To just be done with it. Lock it up. Hide it from me forever. Tear up my driver’s license and let me enjoy solid ground.

OTHER STORIES YOU MIGHT HAVE MISSED:
Illegally parked van fresh from the impound gets second ticket in a span of two hours
Number coding to be implemented from 7am to 10am, 5pm to 8pm starting August 15

Still, far be it for me to complain about getting to explore more of the country. This trip took us from the congested streets of Metro Manila to the wide-open provincial roads of Misibis Bay in Bicol. And there are worse cars to be doing that trip in than Nissan’s latest offering in the local market: the Kicks.

The Kicks is, by all accounts, an undertaking born from ambition. Nissan is no stranger to electrification, of course. The Leaf was the best-selling EV in history throughout most of the 2010s, and the aging but still-capable second-generation version was launched in our country just last year. But unless you have midsize SUV money to spend on a hatchback and you don’t mind that charging stations aren’t commonplace in the Philippines, jumping on board Nissan’s EV hype train might be a tall order for now.

Still, the Japanese marque has good reason to be hopeful. A study it commissioned in 2018 found that the Philippines had the highest rate of EV acceptance among countries in the region. But our current landscape has a ways to go before EV ownership is a convenient option. Enter e-Power.

The technology that powers the crossover you see here is a hybrid by definition. Pop open the hood, and you get a 1.2-liter gasoline engine and an electric motor. Where it differs from traditional iterations is in the power delivery. That nat-asp engine does take in fuel and emit exhaust fumes, but not once does it send any horses to the front wheels. No, that lump is there to serve just one purpose: charge the motor.

Remember that Nissan study? Well, it also found that range anxiety was a big factor for people toward getting an EV. One way Nissan hopes to solve that is by using a readily available energy source—fuel, in this case—to ensure that its electric motors last longer. How far longer, you say? The carmaker pegs the fuel economy on the Kicks to be around 22-25km/L.

Sounds fancy, but will it appeal to buyers from the get-go? Soon after getting the keys to this thing, I noticed pedestrians and other motorists turning their heads askew to get a gander. Friends complimented it when they spotted it in a parking lot. Taking a test unit out into the wild to face public scrutiny is a good litmus test in this profession.

Up front, the Kicks wears a big honeycomb grille that features the updated, flatter Nissan badge in the middle. There’s also a big rendition here of the V-Motion grille that manages to look both cartoonish yet understated. The curved hood, meanwhile, has some subtle strakes for a bit of edginess.

Adding to the package are 17-inch alloys—standard across the range—and a blacked-out roof and pillars. Throw in a low beltline to the mix, and the Kicks’s visage looks rather European. End-to-end taillights and some jagged edges round out the design.

This being a futuristic bit of kit, there’s a lot of tech to appreciate here. The top-grade VL’s spec sheet includes auto-hold function, an eight-inch infotainment display with Apple CarPlay and Android Auto, automatic headlights, leather seats, and Nissan Intelligent Mobility safety features like emergency braking and forward collision warning. Thankfully, Nissan fits all that in without making the dashboard look like something out of Doc Brown’s scrap box.

Worth noting is the no-frills single-zone A/C, which is operated with big, blocky buttons and two knobs. This is a Nissan, so the system blasts out enough cold air to make you forget our humid summers.

Space-wise, the Kicks is roomy enough for your average brood of three or four. The trunk is cavernous, and promises 470 liters of space (835 once you kick the rear seats down). The leather seats provide some comfort, but the side bolsters in the front two can prove cumbersome over a long drive. No issue if you’re driving, as they help you get into the perfect driving position, but not so passenger-friendly if you’re hoping to doze off. Legroom proves average for my 5’5” frame, but there is headroom aplenty.

Where the Kicks truly excites is on the road, despite all its marketing speak honing in on its environmental and financial benefits. Disclaimer, though, for those of you expecting a hot hatch in crossover guise: This is still a city-friendly vehicle. The sedate electric power steering and only slightly stiff suspension are enough to remind you of that. But one advantage that e-Power has over other hybrids is in its purely electric disposition. That means torque. Lots of it.

The spec-sheet for this crossover reads a good-enough-for-the-segment 134hp and an eyebrow-raising 280Nm. Flick the settings into Sport mode, and you have a potent weapon that the twisties of Albay were seemingly made for. Once you get a hang for how zippy the Kicks can be, it’s easy to get carried away with all the torque that is at your disposal with just a simple blip of the accelerator.

Speaking of the go-pedal, e-Power carries with it another caveat: the e-Pedal Step. You see, like conventional hybrids, the Kicks can recharge its battery by way of regenerative braking. Nissan takes this one step further by designing a setup where regenerative braking force comes on automatically once you let off the accelerator. There are drive modes available to turn this off, but most of the settings incorporate the feature as part of the experience. The ‘B’ mode on the shifter, in particular, maximizes the braking force and is the easiest way to recharging the battery.

MORE ABOUT ELECTRIFICATION:
Hybrids, plug-in hybrids, full electric: How will the EV revolution play out in PH?
Everything you need to know about the PH Electric Vehicle Industry Development Act

Confusing? At first. At least leading up to your first hundred kilometers or so. Your driving suddenly becomes herky-jerky as you familiarize yourself with the artificial assistance. After a while? It becomes habitual, and you soon find yourself relying almost entirely on regenerative braking to slow the car down. For newer drivers who may not be so confident in their braking skills at speed, the feature inspires yet-unfound confidence.

Remember Nissan’s claimed fuel economy? Well, this drive—where our definition of ‘leisurely’ was taking a 10-minute potty break before abusing the electric motor once more—netted us just a hair under 20km/L. Achieving up to 25km/L under more relaxed conditions, then, is well within the realm of possibility.

So while I found myself wishing I could karate kick its keys into oblivion once the journey ended, I did conclude the Kicks is a crossover worth any buyer’s serious consideration. Its biggest selling point, perhaps, is its price. The range starts at P1,209,000, with a middle variant at P1,309,000, and the highest spec topping out at P1,509,000. Far above the sub-P1-million crossovers that litter our market, but well below any other prospective rivals.

Nissan’s biggest opponent in the hybrid space, Toyota, has four models currently on offer, none of which can go peso-for-peso with the Kicks. Besides, those models only offer the hybrid powertrain as a top-spec option. Here, you get the e-Power goods and the e-Pedal convenience at the base level. Nissan is being ambitious, yes, but it’s not entering this fight half-cocked.

Okay, I think the Kicks and I have had enough time apart now. Nissan Philippines, may I please borrow the keys again?

For everything you need to know about the Nissan Kicks, read our full model explainer. 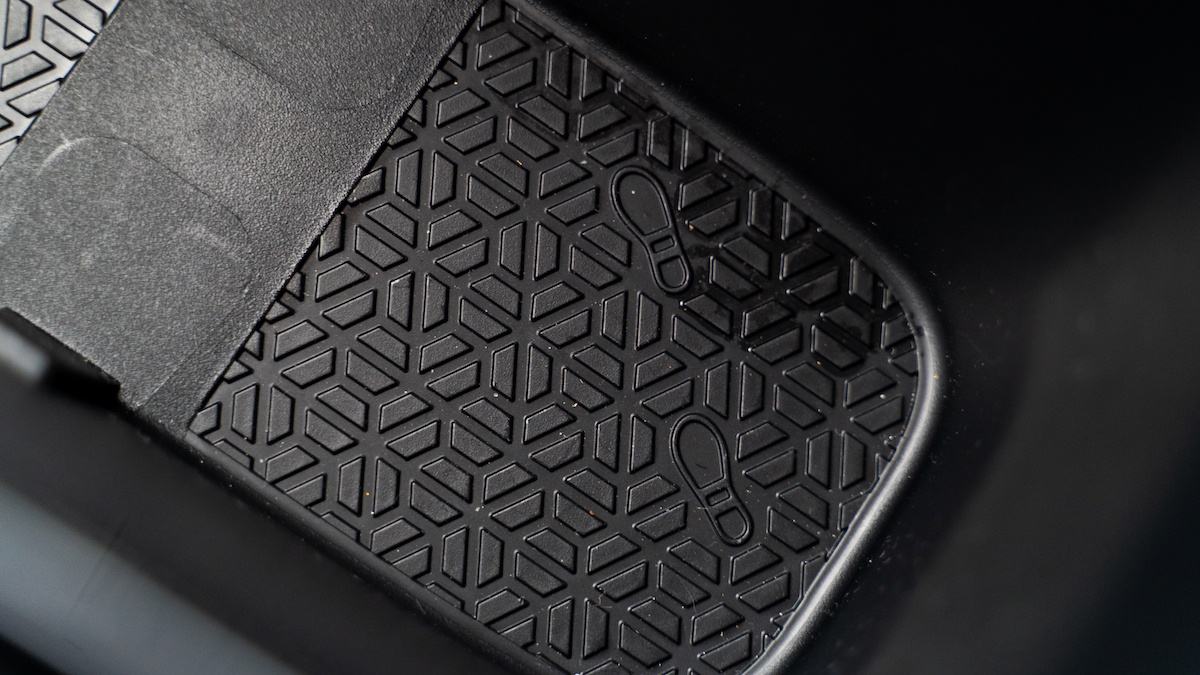 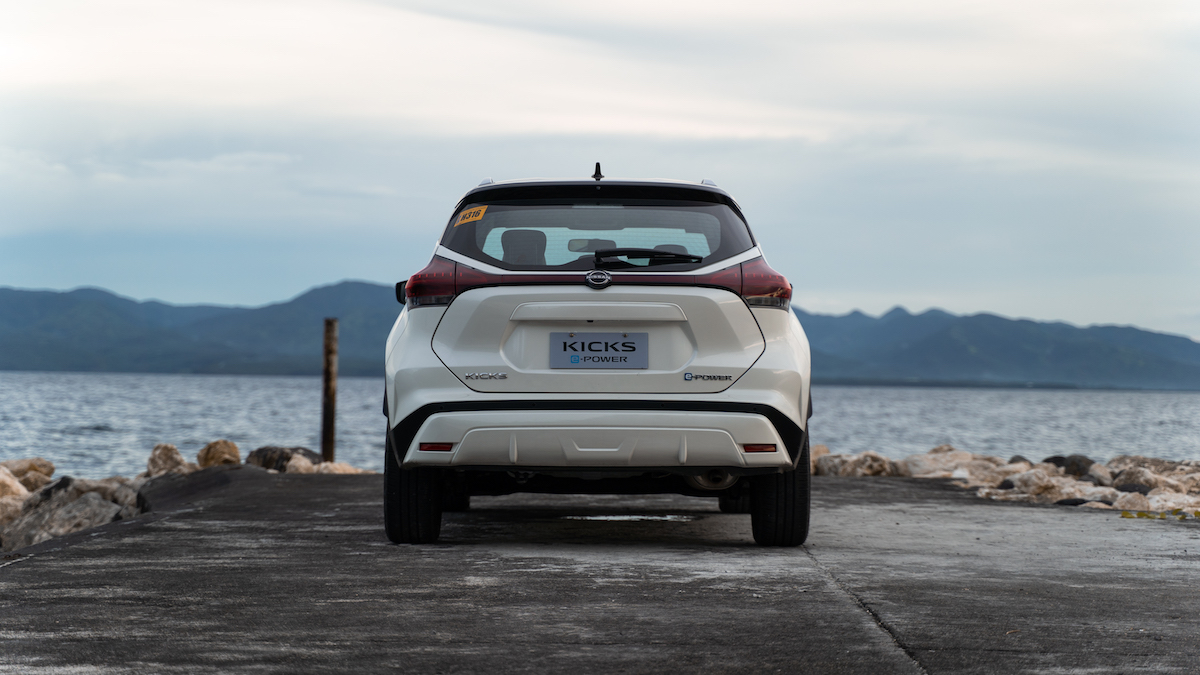 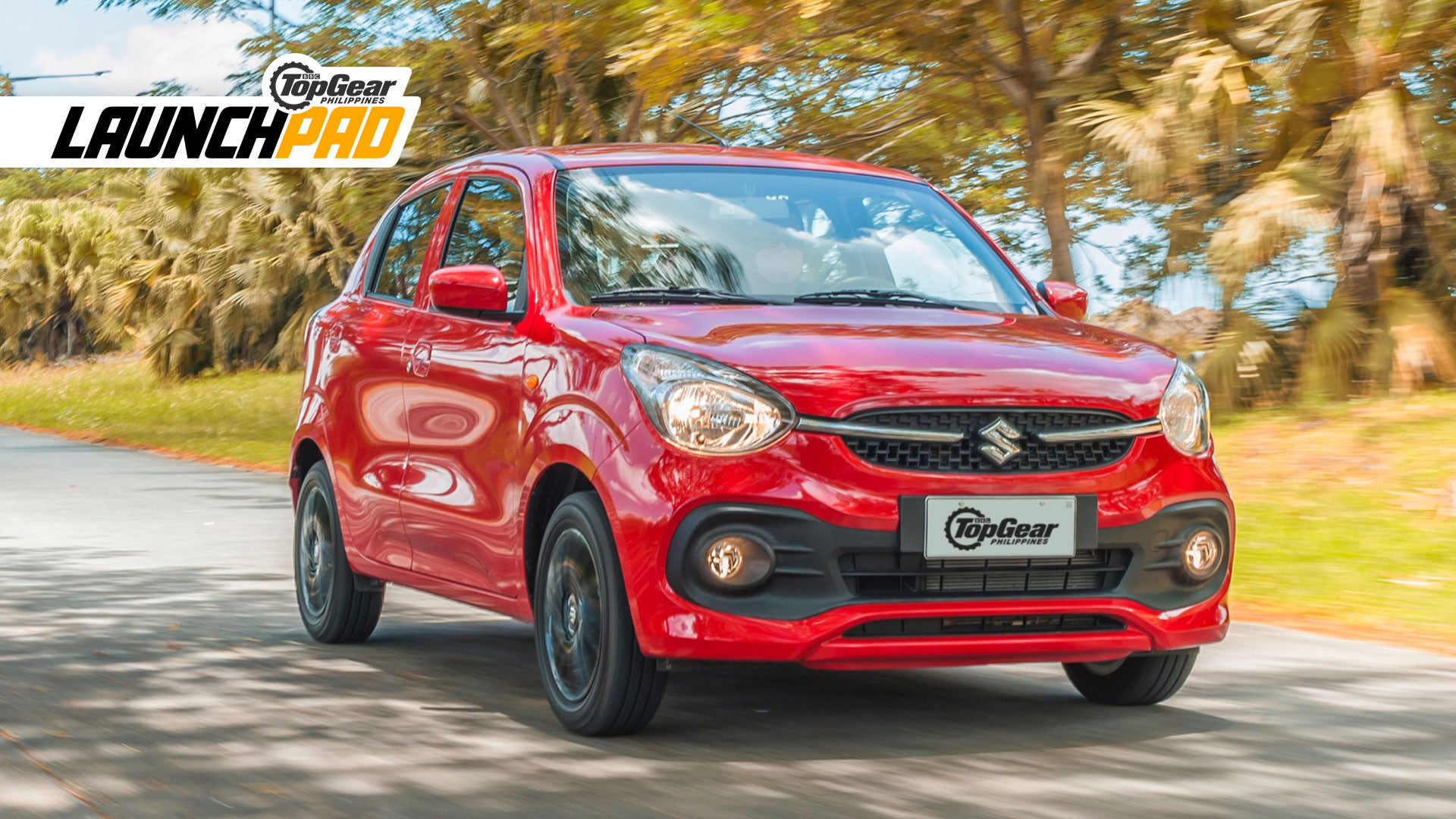 The all-new Suzuki Celerio wants to prove tiny hatchbacks deserve a place in our market
View other articles about:
Recommended Videos
Read the Story →
This article originally appeared on Topgear.com. Minor edits have been made by the TopGear.com.ph editors.
Share:
Retake this Poll
Quiz Results
Share:
Take this Quiz Again
TGP Rating:
/20