In the world of motorcycling, being a passenger means entrusting your life to the rider.

We acknowledge the fact that car guys driving in their protective cages clearly have the edge in terms of safety, and motorcyclists have nothing else to rely on but their riding gear and the skills of the guy holding the handlebars. So it’s not that easy to entrust your life to a rider when you take the backseat.

Paranoia strikes whenever we learn that a member of our family is riding with a stranger, especially if the relative is female who’s forced to pillion ride on a motorcycle taxi because public transportation is scarce and traffic is real. Aside from safety issues, there are perverts on two wheels waiting for their prey out there.

Even before a rider is accepted as an Angkas driver, he is subjected to a tedious screening process. He must also attend seminars on professionalism, riding safety, and customer service. This is when the topic of how to treat women passengers with respect and courtesy is tackled.

He says Angkas is very strict with the regulations concerning this aspect, the violation of which may constitute a form of sexual harassment. So every Angkas driver must know all of these by heart, he says.

Here are the 10 dos and don’ts of an Angkas driver who transports a female passenger:

1) Asking a passenger if she wants the motorbike to go faster is not allowed. Let the driver set his pace because he has been briefed on safe speeds and the proper speed limit.

2) Angkas drivers are prohibited from asking for the contact number of their passenger. The driver’s main job is to drive and not to engage in networking.

3) They are not allowed to ask a passenger to add him to her list of Facebook friends. Explanation for this is similar to guideline number 2.

4) Asking a female passenger for a date is a no-no. Angkas drivers are trained by the company to extend courtesy and respect to their passenger at all times.

5) Unnecessary comments like, “Ang ganda niyo naman, miss!,” “Hanep naman ang dimples niyo!” or “Wow, legs!” are not tolerated. Instead, Angkas drivers should shut their mouth and concentrate on driving to make sure they’re safe on the road.

6) Lady passengers should not be forced to hold on to the waist of the driver. Unless she agrees to hold on to the driver’s waist, then let it be. But safety measures require the passenger not to hold on at anything. She should also sit closer to the driver to allow the latter to move fluidly with the bike. Also, holding on to the grab rail is considered more risky as the weight of the passenger  is transfered farther to the back of the bike and this may compromise their balance, especially when turning.

7) Staring at the passenger is also a mortal sin. The driver’s eyes should be focused on the road. No feasting on the passenger’s cleavage, behind, or legs.

8) Holding any part of the passenger’s body without prior warning to her is also not allowed. If the lady passenger needs assistance safely mounting the bike, wait for her to ask for assistance first before grabbing her hand or helping her position her feet on the foot pegs.

9) Drivers are not allowed to sing out loud while there’s a passenger on board. This could only add to the noise pollution amid all the honking cars and revving engines around them.

10) Dangerous maneuvers that constitute showboating in an attempt to impress the lady passenger is also prohibited. If he insists, it would be more beneficial for the Angkas driver to go on leave so as not to endanger the lives of passengers.

Here’s Wong’s friendly reminder to their drivers: Treat the lady passengers as you would your mother or wife or daughter.

In case there are violations of the code of conduct in treating women passengers, Wong assures us that Angkas management is swift in acting on passengers’ complaints. However, he says there is still due process to be observed, and this involves getting the side of the driver. 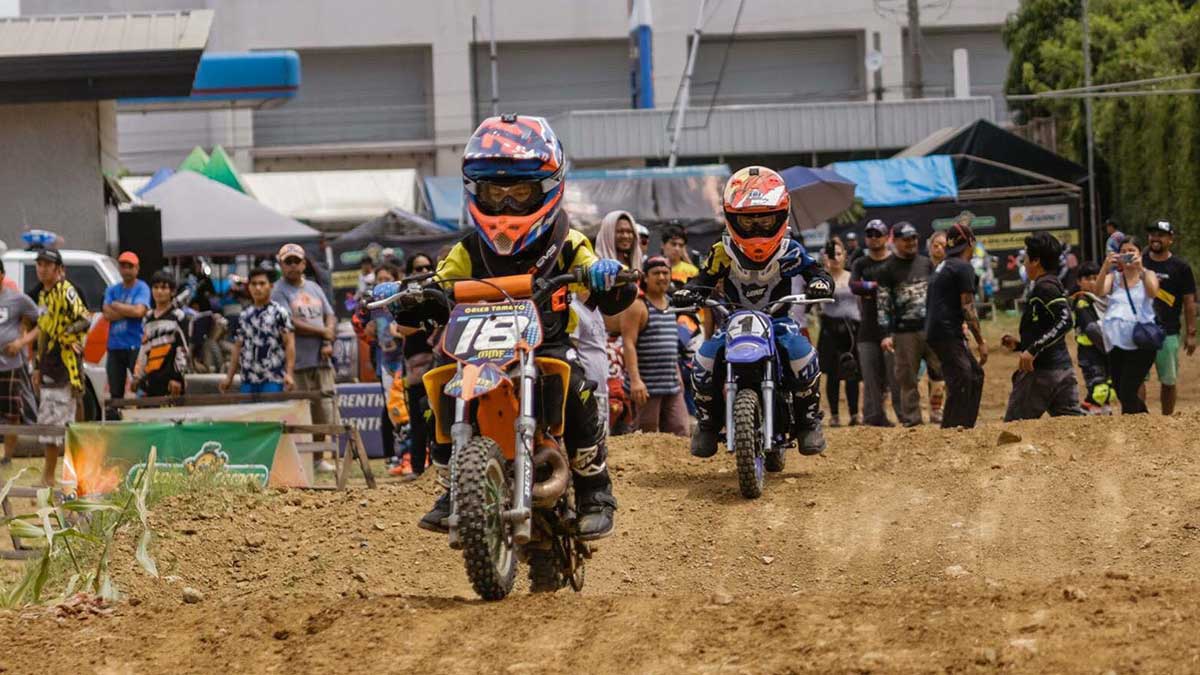 10 Things to consider when enrolling children in a riding clinic
View other articles about:
Read the Story →
This article originally appeared on Topgear.com. Minor edits have been made by the TopGear.com.ph editors.
Share:
Retake this Poll
Quiz Results
Share:
Take this Quiz Again
TGP Rating:
/20