Get acquainted first with its features and controls
by Agnes Uzochika Aja | Jun 3, 2019

Sooner or later, you’ll be riding a motorcycle that’s not yours (but not stolen, mind you). Your own ride might be undergoing repair at your favorite mechanic’s, or you’ve embarked on a two-wheeled adventure in a remote island. With a copy of your borrowed ride’s papers in hand, you’re ready to set off.

But hey, don’t just speed away after you get hold of the keys. Even before you fire up the engine, pay attention to these eight key points to avoid nasty surprises.

Scooters and semi-automatic underbones don’t have a clutch, so skip this step if you’re borrowing one of those. But on a manual-transmission bike, the clutch is one of the most important controls to feel out. Spend a minute or two playing around with the lever, and make a mental note of how sensitive it is. Some bikes have really stiff levers that you need to squeeze with three or four fingers instead of two. Others are so precisely tuned that the gears go from disengaged to the biting point in a couple of millimeters.

Before riding away on a loaned bike, test the brakes. You can do this at the same time you’re feeling the clutch. Squeeze the front brake lever. Is it spongy or hard? Step on the foot brake. Is it higher or lower than you’re used to? Pay attention to how forceful your fingers and foot have to be to stop the bike.

If the brake lever and pedal can be adjusted, go ahead and do that, but on small, graduated levels. Otherwise, you will have to compensate in ways like covering the front brake earlier and resting the balls of your braking foot on the foot peg to avoid hitting the brake pedal. Remember: If you can’t stop properly, you’re better off saying no to the bike.

3) Familiarize yourself with the throttle response.

Some say a bike feels twitchy; others say it feels sluggish. These adjectives almost always refer to the throttle response. Along with the clutch and brakes, the throttle is crucial to operating a motorcycle. The best way to test your borrowed bike’s throttle is to ‘gas’ it—with the engine off—then let go of the grips. The throttle should snap forward and shut with an audible click. If it doesn’t, that means that the throttle cable has issues and needs to be lubed or probably replaced. That also means the bike is already unsafe. Ride at your own risk (but I personally wouldn’t).

Ninety percent of motorcycles with manual transmission will have either toe (one down, five up) or heel-toe (four down, four up) shifting pattern. Logically, they name which parts of your foot you can use to change gears. After you’ve classified the shifter type, ask about the shift pattern. Sport bikes typically have a ‘one down, five up’ pattern with neutral nestled between first and second gear. Semi-automatic underbones and business motorcycles, on the other hand, have a rotary shift pattern with a ‘neutral down, rest up’ pattern.

5) See to it that the tires are in good condition.

Nothing stalls riding plans faster than a flat, punctured, or leaking tire. Give tires a once-over, making sure they’re in good condition, with no deep cuts or puncture marks. Have a tire gauge handy to check for the proper front and rear tire pressures, which you can usually reference from the sticker on the drive-side swingarm. Tire tip: You can predict how fast a bike can attack corners by looking at tire profiles. Tires profiles that are shaped like a ‘V’ turn aggressively, while tires shaped like a ‘U’ tend to be slower but smoother in turns.

Motorcycle riders tend to have a bad reputation as road users. Hasty lane changing, excessive honking, and riding with inadequate lighting are common complaints from drivers and pedestrians. Show other road users that responsible riders exist by checking that the signals, the lights, and the horn all work in the first place. Hop on the bike and toggle, press, or tap the controls, while the kickstand is still down. Get used to feeling for them without looking at your thumb. Safety tip: You can never signal too much, but you can honk a lot less. Nobody wants to be the boy who cried wolf when something bad goes down.

7) Adjust the side mirrors.

Side mirrors are so mundane; you set them up, then forget them. You don’t realize how much you depend on them until they suddenly come loose and you can’t see behind you. For safety’s sake, give these a check and tweak before riding off. It takes less than 30 seconds and will save you from a major incident down the road. To get the best rear views, keep your shoulder slightly visible and put the horizon line in the middle line of the mirror.

Nowhere fast is your exact destination with no gas in your tank. There are motorbikes equipped with a fuel gauge, and others that aren’t. Sometimes fuel gauges can also lie, especially when the bike is leaning to one side (like on its side stand). Do a visual check: Open the tank lid, hold the bike upright, and give it a good shake. If you can’t see liquid, even with a flashlight, then it’s time to gas up.

So many things to check, right? If you’re low on time, the least you can do is to get comfortable with the clutch, brakes, throttle, and tires of your borrowed bike. You can go a long way, once you’ve made sure that all the motorcycle components are working properly and cooperating with your input. 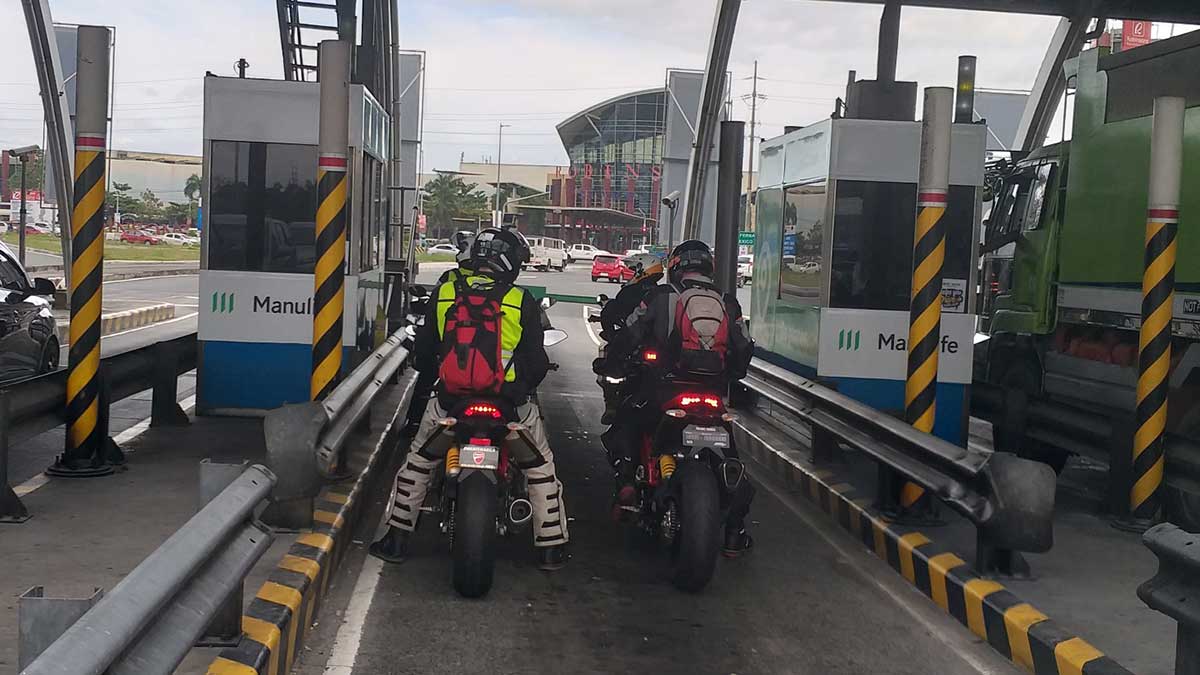 10 Reasons motorcyclists should start using RFID on tollways
View other articles about:
Read the Story →
This article originally appeared on Topgear.com. Minor edits have been made by the TopGear.com.ph editors.
Share:
Retake this Poll
Quiz Results
Share:
Take this Quiz Again
TGP Rating:
/20