The continuous progress and expansion of modern society in a finite world have put a strain on what limited resources we have, and have brought on irreversible environmental consequences. Looking into the future, our demand for more energy to light up our homes and fuel to power our modes of transport has never been larger.

Consequently, there’s greater pressure on car and motorcycle companies to come up with more efficient combustion engines. The surge in fuel prices has increased the demand for fuel-efficient vehicles, and with the worsening traffic in the metro as a result of urbanization, the demand for traffic-beating vehicles has grown, too—which means motorcycles have become more popular than ever.

This sociotechnical situation has given rise to a new breed of motorcycles, and at the heart of this movement is fuel-injection (FI) technology.

What feeds our motorcycles?

For more than a century, carburetors were the de facto choice for delivering fuel to our engines. The carburetor is a very simple device that takes advantage of Bernoulli’s fluid dynamics principles to generate vacuum, and atomize, mix, and deliver the air-fuel mixture into the combustion chamber. You’d be hard pressed to find a mechanic worth his salt who can’t probably tune a carburetor with his eyes closed.

The archaic technology of carburetors began showing problems in the early ’80s. High-performance engines began guzzling fuel like nobody’s business, and the rise of environmental awareness has restricted the power that engineers could squeeze out of combustion engines in return for lower exhaust emissions. Although some technologies have been implemented to supplement carburetors and make them more economical, these systems proved to be temporary at best.

To create motorcycles that are more fuel-efficient, satisfy emission regulations, and maintain high performance margins, manufacturers have turned to fuel-injection.

The fuel-injection system principally runs by spraying highly atomized fuel into the engine’s combustion chamber via fuel injectors, with the fuel pushed by high-pressure fuel pumps. How much fuel and how long it gets sprayed are all governed by an on-board computer that uses a multitude of sensors to monitor engine running conditions.

Fuel injectors aren’t new to the automotive world—they have been implemented since the ’80s, slowly becoming the new standard. FI systems have also been used in large-displacement motorcycles for a few decades already.

So why have manufacturers begun to implement fuel-injection on small bikes now? During the first part of the century, having your 115cc, 110kg motorcycle reach 40km/L was already very good in terms of fuel economy. But now, there are four-wheeled vehicles capable of achieving the same figure. Car technologies have caught up, and with it, the demand for better motorcycle technologies has risen.

What’s the difference between the two fuel systems?

Carburetors are purely mechanical and do not rely on electronics. This means parts will wear and will eventually need replacement. A carb is usually tuned to run perfectly on a narrow target rev range, and requires periodic maintenance and tuning to keep it free of clogs, ensuring the engine continues to run optimally. Most problems that arise from carburetors are roadside-reparable with a few basic tools.

Fuel-injection systems, on the other hand, are more efficient and automatically adjust for optimal engine operation throughout the entire rev range. Though an FI system is heavily reliant on its on-board computer and electronics, and requires auxiliary components such as a fuel pump and sensors to run, it’s generally maintenance-free, robust, and bulletproof in operation. Typical problems with FI systems are pinched wires, corroded terminals, and dead batteries. If something does go very south, the electronic components are seldom reparable and are expensive to replace.

Unlike a carburetor, which you can tune and tweak with nothing more than a screwdriver, an FI system requires computers, specialized software, and further technical know-how to fiddle with. This makes carburetors advantageous for people who tinker with their bikes.

For example, replacing an OEM exhaust usually makes the engine run leaner due to the added exhaust flow. To compensate for this, air-fuel mixture settings must be tweaked to give more fuel and take advantage of the additional airflow brought about by the exhaust.

This is not the case for fuel-injection. Although the computer that goes with your bike is self-adjusting, it is maximized for the stock system and will only self-adjust up to a certain degree to meet emission standards. Notice that most FI-equipped bikes running performance pipes backfire a lot. That’s the result of the computer running on the stock programming, causing the engine to run lean.

There are ways to circumvent these problems, and there are already open-source and aftermarket tuning programs and hardware like TuneECU and GS-911 available on the market.

The rising popularity of motorcycling and the mad rush to create high-performing, fuel-efficient, and reliable machines have made fuel-injection an inevitable standard in combustion engines. Though there have been doubts with the release of FI due to its radical departure from the time-tested carburetor, sooner or later, I believe that people will eventually warm up to it. As the saying goes, you can’t stop progress. 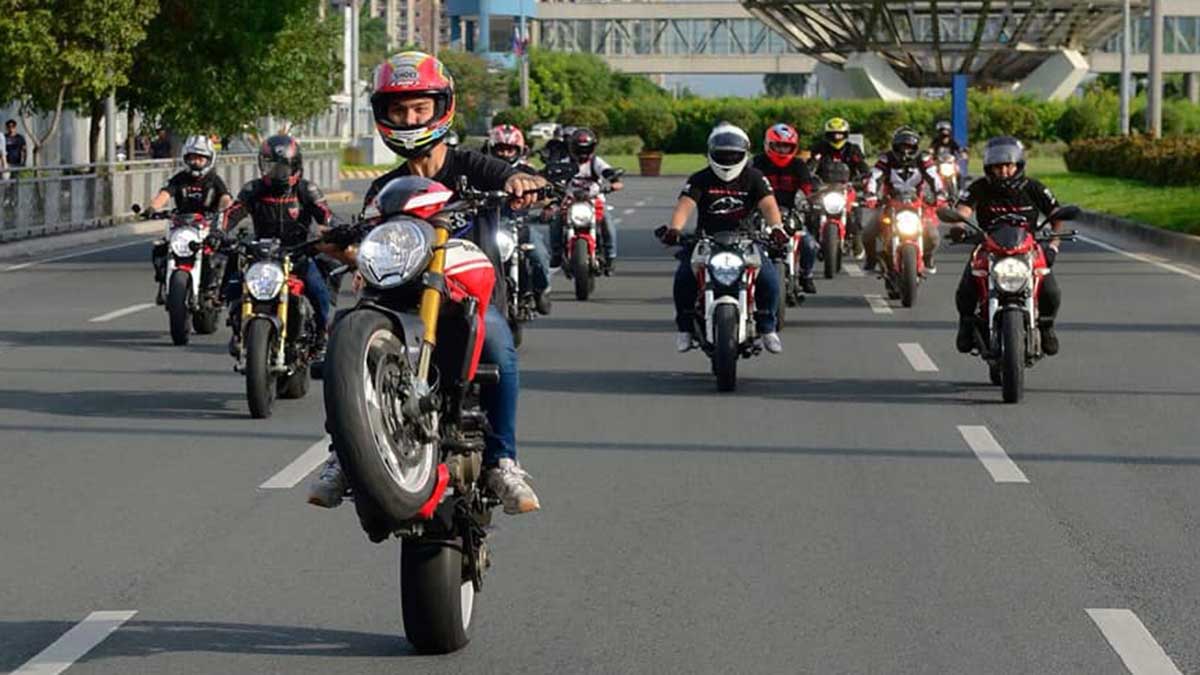 10 Images: Riders enjoy a sizzling party at the 2019 Ducati Monster Day
View other articles about:
Recommended Videos
Read the Story →
This article originally appeared on Topgear.com. Minor edits have been made by the TopGear.com.ph editors.
Share:
Retake this Poll
Quiz Results
Share:
Take this Quiz Again
TGP Rating:
/20