10 riding mistakes that can compromise your safety 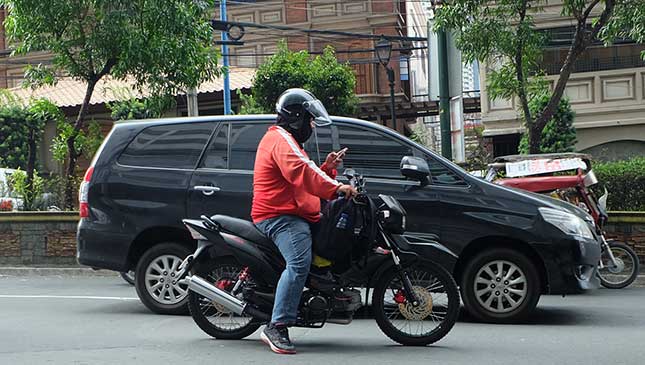 Riding a motorcycle is one of the most rewarding and fun means of getting around our congested streets. Whether as a hobby or out of necessity, the increasing number of bikes on our roads also means that there are more and more accidents that will likely happen.

But most road accidents can be prevented, only if we pay attention to riding safety. Here are 10 bad riding habits you’re probably making. How many of them are you guilty of?

1) Not checking your bike. It’s easy to be overzealous and excited when a ride is coming up and you forget to inspect your bike. The next thing you know, the chain has fallen off or you get a flat due to under-inflated tires.

What to do: Remember the acronym: T-CLOCS. That means before you ride, check your: Tires and Wheels, Controls, Lights and Electricals, Oil and Fluids, Chassis and Sidestand. An ounce of prevention is better than a pound of cure. Proper motorcycle maintenance makes wonders.

2) Turning right to go right. You’re riding down a mountain road and as you round a corner, a car is suddenly heading your way. In your panic, you want to go right, so you turn the handlebars to the right and suddenly, it’s all over.

What to do: Countersteering is your friend. As counterintuitive as it sounds, if your bike is traveling at any speed faster than walking speed, turning the bars to the right will make the bike go left. Remember: Push right to go right, push left to go left.

3) Engaging the bike's gear in neutral when stopped. You come to a stop at a red light and you shift your bike to neutral so you don’t have to hold in the clutch. As you’re waiting, you see headlights coming up fast behind you, so, with nothing to do, you brace for impact.

What to do: Keep it in first gear when coming to a stop; this allows you to react faster when you realize you need to accelerate quickly to avoid getting rear-ended.

What to do: Get used to using both your front and rear brakes simultaneously, as it is the most efficient way of stopping. When you decelerate, your bike’s weight shifts forward. This means the front brake will give more stopping power than the rear.

5) Staying in the center of a lane. Riding behind a car on EDSA, you’re following it dead center when a pothole suddenly appears and you smack it hard, almost losing your balance in the process. Alternatively, you could be doing the same thing and slide off from an unexpected oil puddle.

What to do: Follow the tire tracks of vehicles in front of you. Riding on their tracks would mean that if a car had avoided a pothole or an oil slick, you'll end up avoiding it as well. Also, the part of the road untouched by tires usually has presence of accumulated oil, dirt and grime so it's safer to avoid it.

6) Looking at potholes or other hazards. You’re navigating a turn and see a pothole, you stare at it trying to avoid it. Despite your best efforts, you hit it as if your bike is a hazard-seeking missile.

What to do: This is called target fixation. Your bike goes where your eyes tell it to. It's basic instinct on the part of the arm muscles. Look where you want to go and your bike should follow.

7) Riding with a group at their pace. You’re out with your friends and you’re struggling to keep up with their pace. The next thing you know, you’re in a ditch and in need of an ambulance.

What to do: Ride at your own pace. Your friends should adjust to your speed for safety. If not, look for new yet responsible riding buddies.

8) Using the throttle at low speed. You’re navigating a tight parking lot but your throttle inputs are sudden and the furthest thing from smooth.

What to do: Don’t do this. You’re not just causing traffic, but also putting yourself in danger, especially when visibility is bad. Look for a parking lot where you can don rain gear safely.

10) Riding with your feet on the passenger pegs.

What to do: Just no! They’re called passenger pegs for a reason.

After feeling guilty, do you think you can still get rid of these bad riding habits? 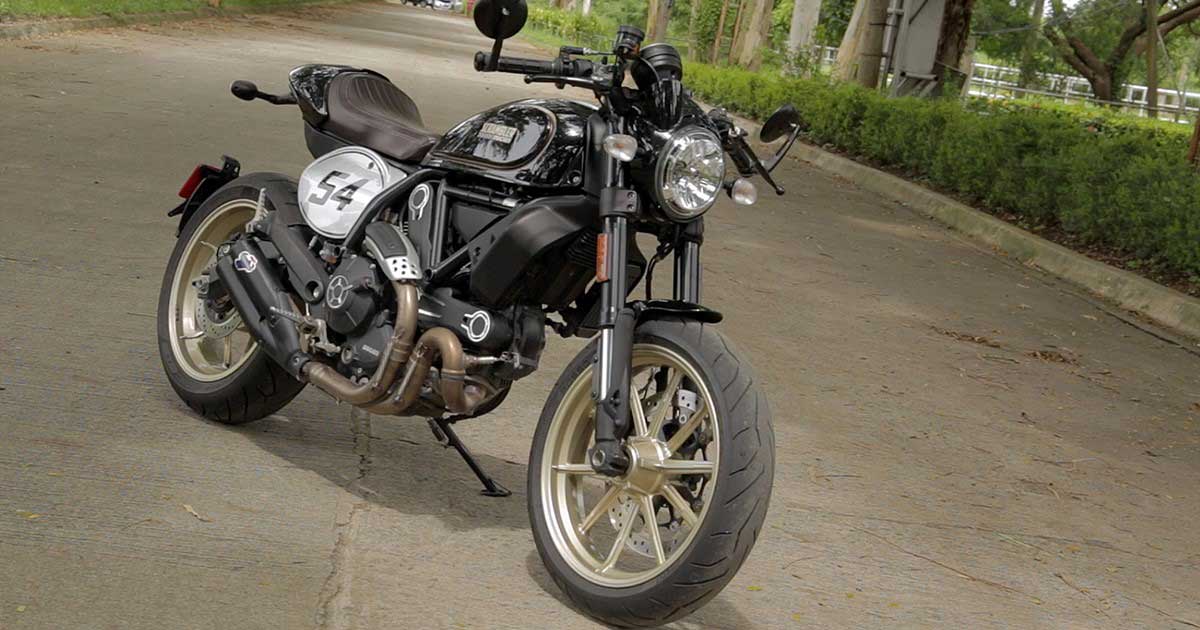 This beautiful Italian cafe racer is a danger to your bank account and marriage
View other articles about:
Read the Story →
This article originally appeared on Topgear.com. Minor edits have been made by the TopGear.com.ph editors.
Share:
Retake this Poll
Quiz Results
Share:
Take this Quiz Again
TGP Rating:
/20