Does the Suzuki GSX-S1000 ABS offer the best value for money?

Like steroids on wheels
by Carlo Chungunco | Aug 27, 2018
MOTORCYCLE BRANDS IN THIS ARTICLE 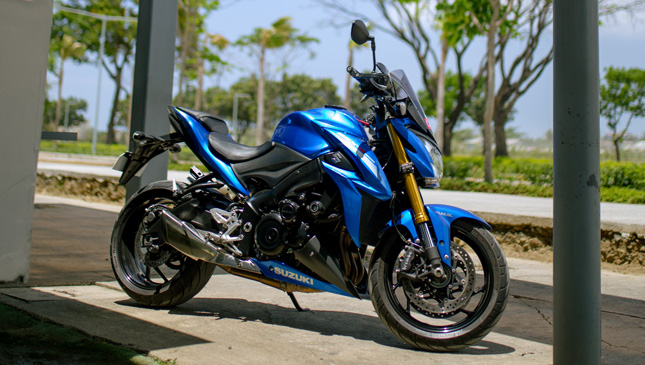 Looking up the GSX-S1000 ABS online, I couldn’t for the life of me find its exact horsepower and torque ratings on the websites of Suzuki Philippines or Wheeltek, the dealership that lent us this particular unit. I even re-checked and used the ‘ctrl+F’ function, to no avail. Is Suzuki hiding the output figures of this engine? That makes absolutely no sense.

See, while some motorcyles are special because of their character or heritage, what makes this super-naked remarkable is the engine tucked in between its frame. The motor in the ‘Gixxus’ is the legendary K5, lifted straight from the GSX-R superbike. Suzuki’s engineers tweaked the aging mill in 2017, raising the power to 144hp at a stratospheric 10,000rpm.

That’s not too far off the output of the much newer powerplant in the 2018 GSX-R1000, which makes 185hp at 10,000rpm. The first thing that strikes you about this motor is the sound. Just starting the bike in the morning will piss off the neighbors; blip the throttle and the in-line-four lets out a high-pitched angry growl. Think of the loudest and most intimidating race bike you’ve heard at full song—this Suzuki would probably come close to rivaling that. Granted, this demo bike may have had some changes done to its exhaust (it bears a sticker of aftermarket exhaust supplier Arrow), but still, the powerful and aggressive sound it makes summarizes the whole, exciting Gixxus experience. 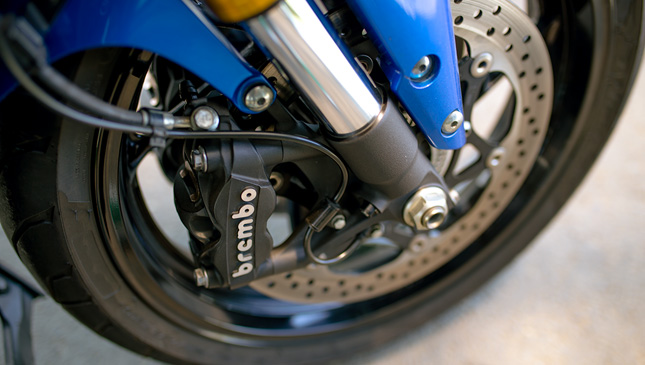 The engine is mated to a six-speed transmission that has a weird combination of an extremely long first gear and extremely short gear ratios leading all the way up to sixth. The bike tops out at more than 110kph in first gear. Let that sink in for a bit. From there, each upshift drops the revs to just around 2,500-3,000rpm, so you had better like shifting because you’ll be doing it a lot.

The engine does have one major drawback, and it could be a deal breaker for some: North of 10,000rpm, it sings beautifully, but drop below 4,000rpm and the throttle becomes snatchy and hard to modulate. Worse, taking off from a standstill requires a significant amount of throttle input just to launch into a smooth run. This kind of fueling doesn’t matter when you’re riding at ten-tenths, but when you’re puttering around Metro Manila at low speeds, it makes for an unrefined and jerky ride. 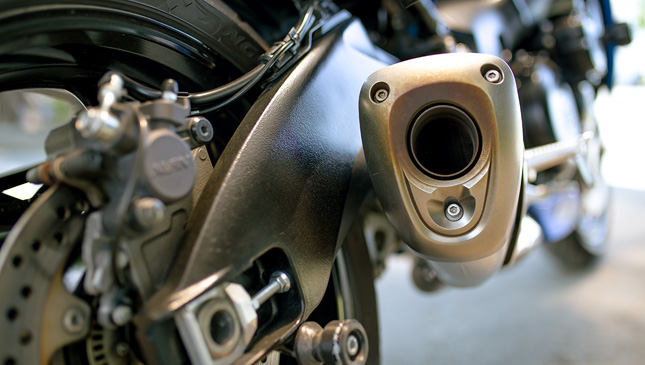 That said, you’d think that a bike with such a savage engine would be a handful on public roads, but that’s not the case. The seat is deep and comfortable, the reach to the handlebars is relaxed for an upright riding position, and the wide fuel tank has deep thigh grooves for grip. While everything about the engine screams ‘hardcore race bike,’ this is betrayed by the GSX-S1000’s exaggerated focus on daily riding.

Because the perch is low, shorter riders shouldn’t have a problem flat-footing the 209kg machine. The cockpit is relatively spacious, with enough room for even a 6’2” rider like myself. This makes the bike ideal for long highway rides. Our unit is fitted with a sleek aftermarket windscreen; you’ll experience a lot more buffeting with a stock unit, but that’s par for the course when it comes to naked sports bikes like this GSX-S1000. 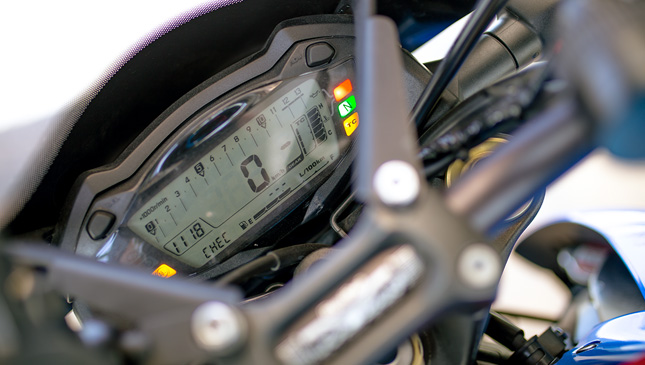 The Brembo brakes deliver adequate stopping power, halting the Suzuki with enough strength to compensate for the raw power the Gixxus puts out. This is belied by the feel of the brake lever—a bit stiff and lacking a strong initial bite. But that could be down to the high mileage of our test unit, which has done around 21,000km at the time of this writing.

Around town, the suspension soaks up bumps and provides for an awesomely comfortable ride—so comfortable that pushing to the limit shows the limitations of the Gixxus. This bike is happiest when ridden semi-aggressively, which is in line with what a sports-naked bike is supposed to be good at. 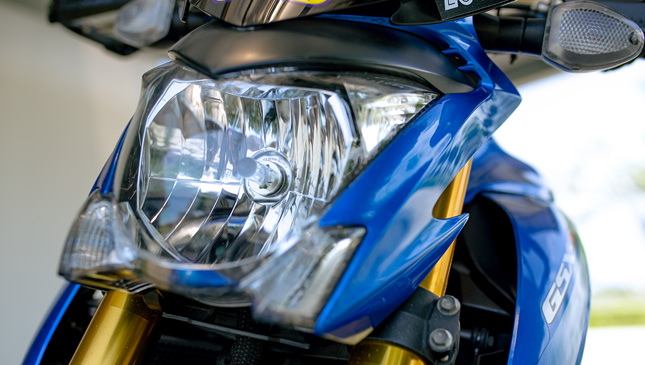 As the name implies, this Suzuki comes standard with ABS. Thankfully, the grippy tires meant I never had to try out this feature. What I was able to test was the four-level traction control system. It’s changeable on the fly (all bikes should be able to do this), and using the maximum setting lessens the issues with the jerky fuel response, thus solving one of my biggest gripes with the GSX-S1000.

Activating the settings you want to use takes some practice. Although the buttons are easy to press and find, the ‘select,’ ‘up,’ and ‘down’ buttons work differently depending on what you are adjusting. It’s a bit confusing, but nothing you won’t be able to get used to in the first week of riding. The gauges, although digital and a bit cluttered, are easy to read at a glance. This is a welcome feature since you’ll have to keep your eyes on the road ahead as you roll on the throttle and the Gixxus shoves you into the indentation on the seat.

Going back to that engine, it still confuses me why Suzuki and Wheeltek would try their darnedest to hide the power figures of this motorcycle. The K5’s 144hp is practically unheard of at this price range—the GSX-S1000 costs just P639,000. Which means for the price of a Toyota Vios, you get a bona fide superbike in daily-rider guise.

There is no reason to hide that amazing power output. Within this segment, nothing comes close to the power and heritage of the Gixxus. If I were in the market for a super-naked, this engine alone would be enough to convince me to head over to the nearest dealership. But considering the ultra-competitive pricing of the GSX-S1000 ABS, there probably wouldn’t be a unit left for me, anyway. Damn! 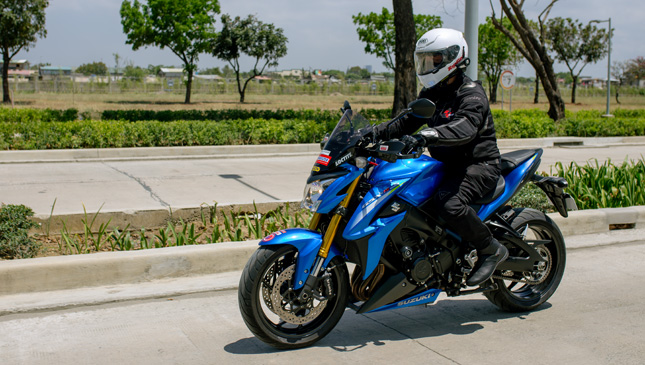 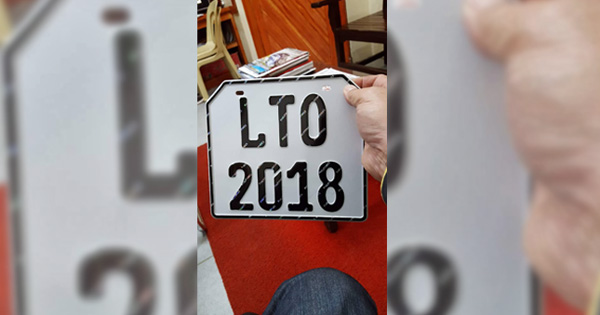 This could be what new motorcycle license plates will look like
View other articles about:
Read the Story →
This article originally appeared on Topgear.com. Minor edits have been made by the TopGear.com.ph editors.
Share:
Retake this Poll
Quiz Results
Share:
Take this Quiz Again
TGP Rating:
/20