As the pilot run program of the Department of Transportation (DOTr) for accredited motorcycle taxis in Metro Manila and other areas in the country goes on, a new player has expressed readiness to throw its hat into the arena while expecting the proposed bill on motorcycles for hire to be approved soon by Congress.

While closely monitoring the deliberations in the two chambers, Rommel Villaroman, founder of ride-hailing motorcycle company Citimuber, claims they have already completed the training of at least 10,000 rider-partners since the company was formed in 2017. Since then they have been setting up the software for their operations once the ball starts rolling.

However, Citimuber missed the bus when the technical working group (TWG) formed by the DOTr officially opened its gates for motorcycle taxis in their second experimental run last December 2019. Back then, only three ride-hailing motorcycle taxis—Angkas, JoyRide, and MoveIt—were allowed by the TWG to join the latest pilot run that will end on March 23, 2020.

“We were hoping to join the second pilot run when it was opened up to additional players last December. We were not given the opportunity then, but we appreciated the feedback from the Technical Working Group so we could further improve our operations. We believe this will help us emerge stronger by taking the necessary steps to make sure we will be ready to go full-blast once the law is passed,” says Villaroman

Citimuber boasts of a 1,600sqm training facility in Caloocan City where it holds safety riding seminars and practical maneuver tests. According to company officials, an average of 60 riders pass the training daily. The center can accommodate up to 300 riders per day once operations are in full swing, they added.

We’ve all heard about the strict requirements of motorcycle taxis for applicants, like clean road safety records, professional training, and good moral backgrounds. The same goes for Citimuber.

Almost all these motorcycle taxis have a feedback mechanism that allows a passenger to rate the quality of their service. But what struck us is Citimuber’s innovative safety feature found in its app: the panic button.

So far Citymuber is the only motorcycle taxi equipped with this feature that allows the rider and passenger to quickly inform the company’s central command if they figure in an accident.

Both the rider and passenger have this panic button, and it is automatically enabled once the ride starts. The panic button can be activated to send an emergency call or SMS, either to a police number or to immediate relatives.

The app has an accurate location tracking. To ensure the safety of both riders and passengers, there are designated locations where no bookings are accepted because of dangerous conditions.

Here’s another new feature of the Citimuber app: The rider is given the opportunity to rate the passenger and vice versa after every delivery/ride. A rating of three stars or below means you will never be matched to that rider again. Users can record favorite riders on their dashboard or ban those they don’t want to use.

“We are just waiting for the law to be passed so we can offer our services to our countrymen,” Villaroman added.

For interested applicants, recruitment and screening are ongoing for Metro Manila and the adjoining provinces of Bulacan, Cavite, Laguna, and Quezon. Other than ferrying passengers, Citimuber also offers other services like deliveries for food and packages and online shopping. 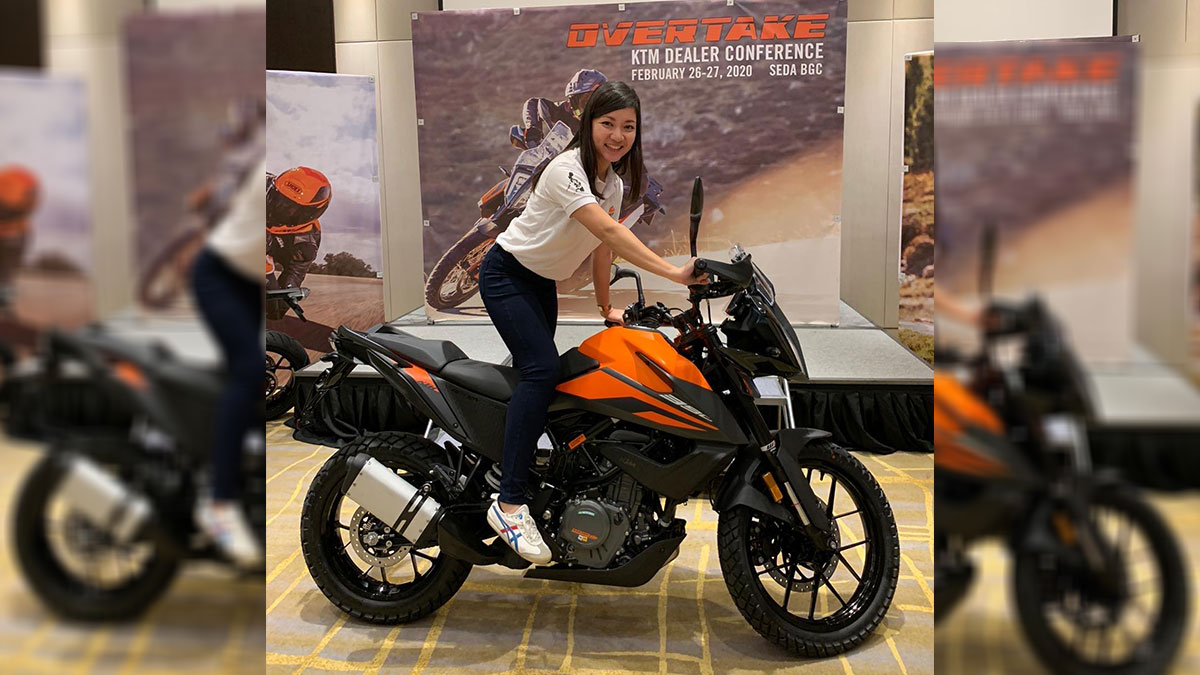 PH-made KTM 390 Adventure will be available in May for P309,000
View other articles about:
Read the Story →
This article originally appeared on Topgear.com. Minor edits have been made by the TopGear.com.ph editors.
Share:
Retake this Poll
Quiz Results
Share:
Take this Quiz Again
TGP Rating:
/20