Here’s a great retro-modern bike, but it comes at a price
by Carlo Chungunco | Dec 28, 2018
MOTORCYCLE BRANDS IN THIS ARTICLE

When we reviewed the Suzuki GSX-S1000 in August, we started by asking the question: “Does the Suzuki offer the best value for money?” While this is a Honda review, that question pops up again because the CB1000R is in the same price range as the Gixxus.

But before I get ahead of myself, here’s a backgrounder: Honda is the best-selling motorcycle brand in the Philippines, though among the manufacturers, it was also the brand that came last in the big-bike arena. While other companies like Kawasaki and Suzuki had already flooded the market with affordable large-displacement motorcycles, Honda took its sweet time in rolling out its full model range. It’s now swinging for the fences, simultaneously launching three new models—including the flagship Honda Gold Wing with DCT—in a bid to end 2018 with a bang.

One of the bikes introduced during that event was the CB1000R, a gorgeous liter-bike that sports the ‘Neo Sports Café’ tag. This name, no doubt, hopes to capitalize on the current café-racer fad and the hipster lifestyle. Marketing gobbledygook aside, the bike left a strong impression on me when I was given the chance to take it for a short 10-minute ride around the Honda Safety Driving Center in Bicutan.

Now, here are more questions: Could this dethrone the Gixxus as the best naked in the liter class of the local market? Does theCB1000R, priced at an eye-watering P865,000, have the chops to take on the GSX-S1000, which goes for P639,000? Can Honda really justify a P226,000 price difference? We attempted to look past the price and see what the CB1000R had to offer. 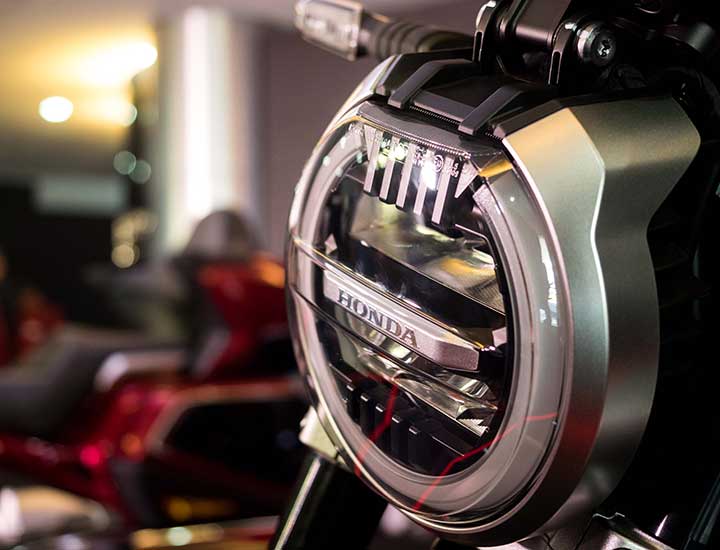 If there is something that truly sets this Honda apart, it’s the design. Evoking a retro café-racer vibe with a modern, angry look, it looks the part and manages to justify ‘Neo Sports Café’ label. While other brands are content with churning out retro bikes like there’s no tomorrow, Honda truly captures the small styling details that makes this category so popular, while sprinkling a modern aesthetic that’s hard to match. From the extremely stylish modern headlamp to the perfectly molded exhaust headers, the CB1000R certainly looks the part of being an ideal and modern naked-bike platform with a retro twist. 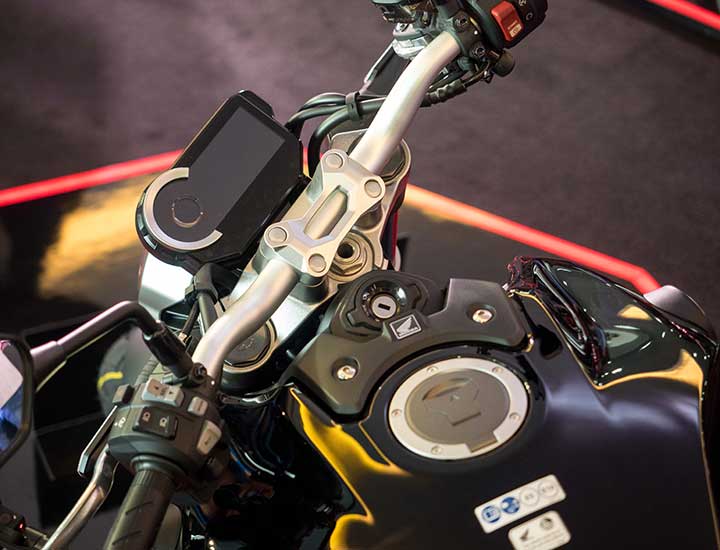 When you straddle the CB, it has this innate ability to shrink around you. While most liter-bikes (the included) feel exactly as they weigh, the Honda feels like a much smaller machine. This could be thanks to the weight distribution or the accommodating riding position. Whichever it is, Honda has made a bike that feels immediately nimble without the wheels having even turned a single rotation.

Twist the key and you are greeted by an attractive and easy-to-read LCD screen that predominantly features the rev counter and a digital speedometer. This may be a letdown for some given that our market has been flooded with cheaper bikes boasting full-color TFT displays. It’s one of those features that you don’t look for specifically. But once you’ve experienced it, you wonder why costlier bikes fail to offer this, especially considering the prevalence of the modern-day smartphones and advancements in display technology.

Thankfully, Honda’s typical build quality shines through in the switchgear. From the throttle to the indicator buttons, everything feels solid and exceedingly well-built. 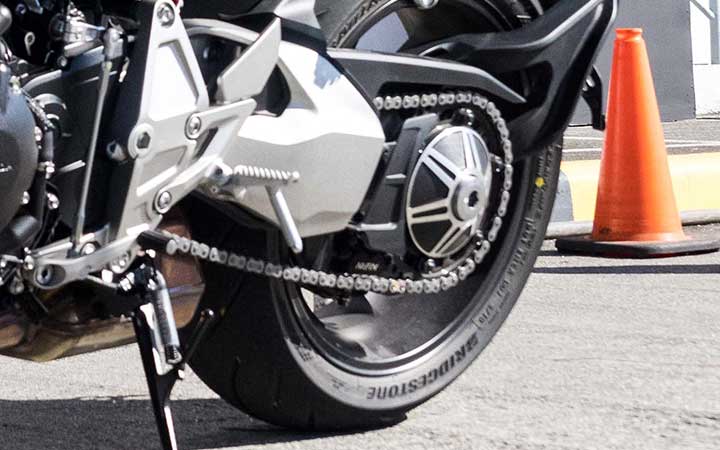 Powering the bike is a 998cc in-line-four with 143.5hp at 10,500rpm. The engine is a literal screamer that howls its way to a 12,000rpm redline. This is one of those bikes that don’t need an aftermarket exhaust to make it feel special.

With such a short ride in a limited course, we really couldn’t test the bike to its full potential. We had barely gotten it to the redline in first gear when it was time to brake for the slalom part of the course. With this, it would be prudent of us to reserve full judgment of the engine until we can test the bike out in the real world. 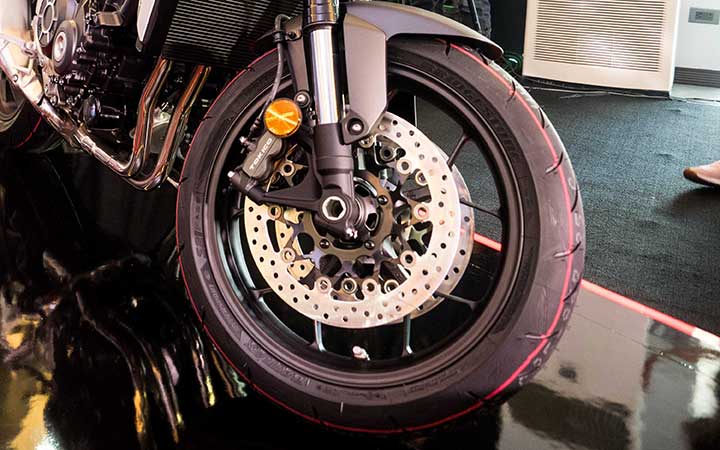 From what we experienced, handling was sublime at low speeds. As mentioned, the bike shrinks around its rider once it starts moving, and this was most apparent when we attacked the slalom in the course at full tilt, the Showa suspension doing its best to keep the bike balanced under acceleration and braking.

The CB1000R felt extremely surefooted through the course, with changes of direction handled in a way that would make most other liter-bikes do a double take. Honda’s years of experience in crafting sports bikes definitely shows in the way the CB imbues the rider with a confidence that could potentially exceed his actual ability. 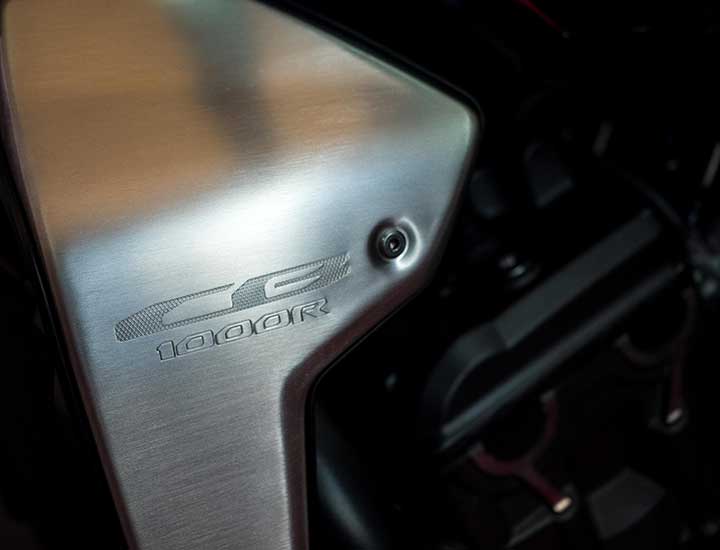 Hopping onto this bike after riding the Gold Wing made us feel like a kid who has lost all his toys. The feature set is absolutely spartan for the CB1000R. It has ABS and three riding modes (Rain, Standard, and Sport), the latter allowing you to choose among different levels of power and torque. But to focus on the sparse features is to miss the point of this marvelous beast. It’s about the engine and the chassis and how it makes you feel on the road. Sure, you don’t have much in the way of features, but what you do get is a primal distillation of exactly what a motorcycle should be.

The CB1000R has the only feature that matters: Being a kick-ass motorcycle. 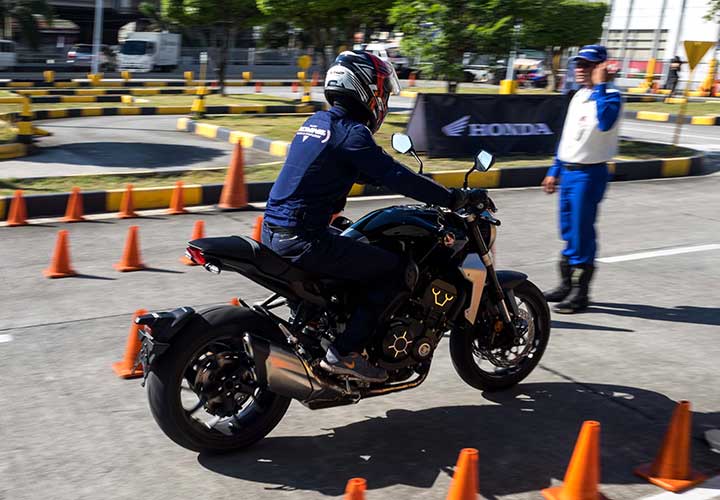 Based on first impressions and comparing the CB1000R to its closest competitor, the Gixxus, we had the following insights. First, both bikes have bonkers in-line-four engines generating roughly the same amount of power. Second, the Honda is the much better-looking, more modern motorcycle. Third, the CB has this solid feel that Honda is renowned for, and which the Suzuki can only aspire to have (this despite both bikes having almost exactly the same weight). The elephant in the room, unfortunately, remains a stack of 226 P1,000 bills.

While we cannot come to a valid conclusion after such limited seat time, we are hoping that a longer ride on actual roads and highways will allow us to see just what the difference in price can make up for. For the time being, what we have here is an extremely sexy bike with a howler of an engine and a brilliant chassis paired with a dollop of sticker shock. Time will tell if the CB1000R can live up to its price, but we’re sure we’ll have a great time finding that out. 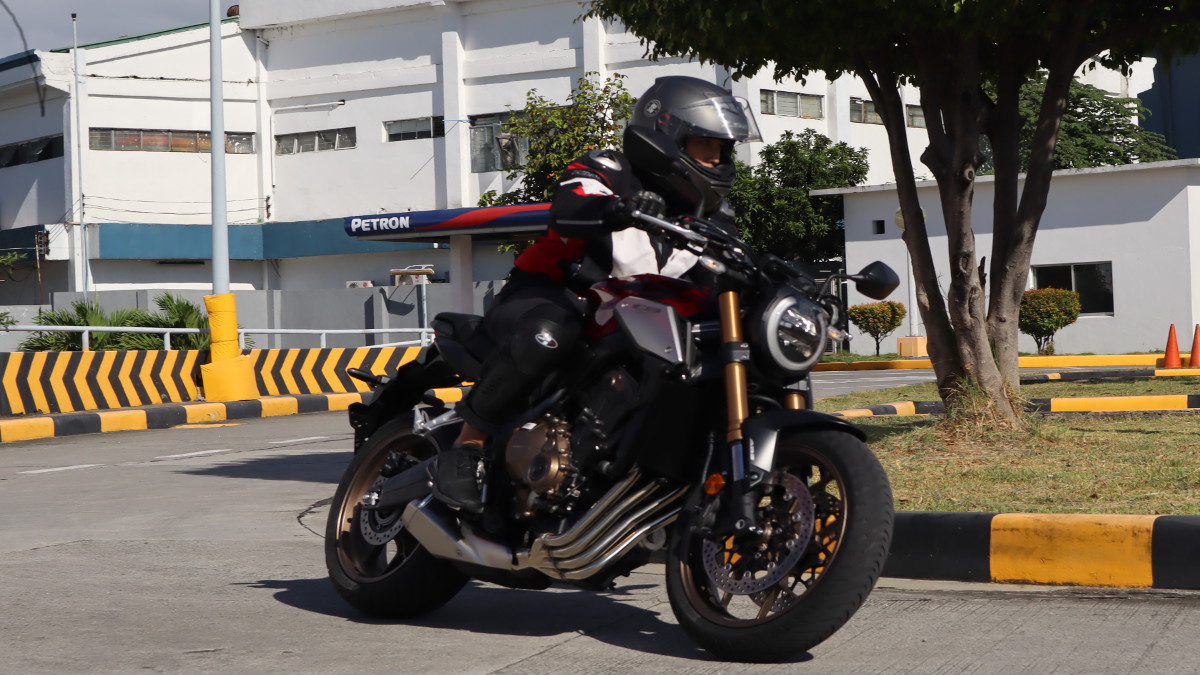