11-year old gets chance to drive for Ferrari

Stroll will join a growing roster of older drivers as well as experienced European formula series champions in the Ferrari Driving Academy.

"We are pleased to welcome Lance to our group," said Luca Baldisserri, director of the Ferrari Driving Academy. "He is very young, but he has already shown in karting that he is exceptionally talented. We will follow him step by step in his forthcoming events in North America and he will soon also take part in our courses at Maranello."

The Ferrari Driving Academy was launched last December 2008 with the goal to find young "diamonds-in-the-rough" drivers and train them in the art of race car driving with the oldest, most-decorated team in Formula One.

So, what were you doing when you were 11? 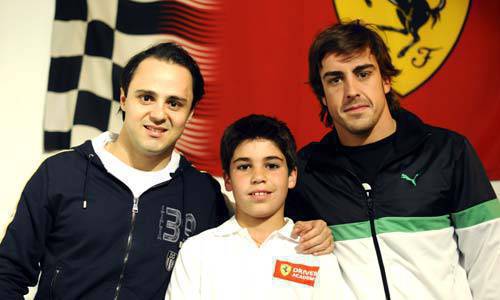 Nissan Juke launched in Japan
View other articles about:
Read the Story →
This article originally appeared on Topgear.com. Minor edits have been made by the TopGear.com.ph editors.
Share:
Retake this Poll
Quiz Results
Share:
Take this Quiz Again
TGP Rating:
/20