by Patrick Everett Tadeo | Apr 27, 2009
A true-blue car enthusiast's passion for cars does not fade after the curtains fall following an auto show; it just gets stronger as he looks forward to the next one.

I've been to past Trans Sport Shows, including the very first one which was still held at the Shangri-La Plaza Mall in 1992. A lot of things may have changed but there is always room for improvement to continuously impress car nuts like me.

Here's a list of what I think would make the Trans Sport Show a much cooler event to counter next year's summer heat:

1. A bigger venue. SM Megamall's Megatrade Hall has been the Trans Sport Show's home since 1993. Accessible as it may be, the Megatrade Hall's capacity for loads of cars and throngs of gear heads has been maxed out. It's quite troublesome enough to squeeze your way around a packed venue. It's annoying when you find someone's head ruining a clean shot of your favorite car.

With a bigger venue, there should be...

2. More cars on display. The Trans Sport Show Cup is arguably the country's most prestigious vehicle restoration award. And for sure, there are a lot of vehicle restoration shops out there who can probably match, if not top, the best ones we've seen so far.

3. More exhibitors. Let's face it: bigger aftermarket shops are now charging an arm and a leg for even the simplest of car modifications. More aftermarket dealers can make the prices more competitive for budget-conscious customers. I should know. I'm one of them.

4. More booth babes. I thought I've seen it all when even insurance companies had their own booth girls. But as they say, "the more, the merrier," right? And, seriously, a pretty babe is always better (and more fun) than a dancing WD-40 mascot.

5. More car-related talks. The talks held at Tuason Racing School's (TRS) booth were informative. The discussions on car tuning by Pacho Blanco, James Deakin and Alan Ranch were eye-openers for people who are interested in getting their cars tuned for the first time. JP Tuason and Audel Sison's seminar on what it takes to be a drift car driver probably got a lot of people interested in burning tires while making donuts. Such informal yet educational talks are more than just crowd drawers at an auto show. It also helps create a deeper awareness about cars and what they can do.

Should you hold your breath while waiting for these changes to take place? For one thing, the Trans Sport Show is an annual event so any real transformation will not be realized until next year. But this early, Trade Show International has already announced its plans to occasionally hold the Trans Sport Show at the Mall of Asia's SMX Convention Center. It looks like we might not have to wait too long after all. 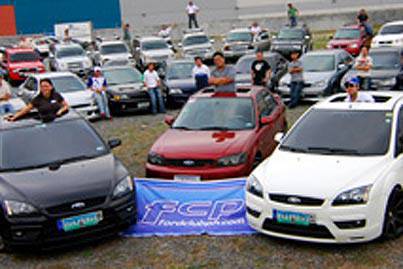 Ford Club does more than just a fun run
View other articles about:
Read the Story →
This article originally appeared on Topgear.com. Minor edits have been made by the TopGear.com.ph editors.
Share:
Retake this Poll
Quiz Results
Share:
Take this Quiz Again
TGP Rating:
/20