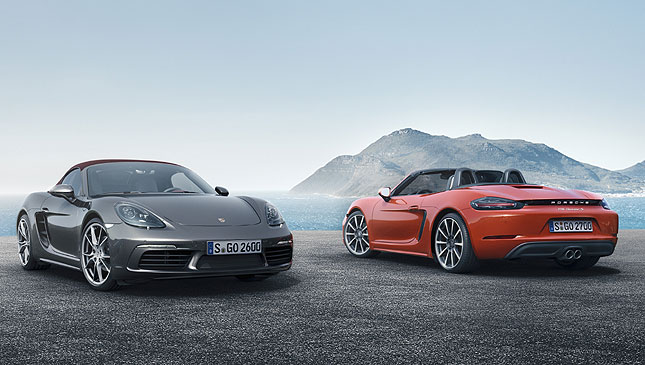 Remember that story we did on the upcoming Porsche 718 comeback last month? In that piece, we talked a bit about the car’s colorful past, how it won races like Le Mans and Targa Florio, and how it was one of the most powerful sports cars of the 1950s and the 1960s, thanks in no small part to its innovative flat-four engine that put out 142hp--pretty potent in those times.

After 20 years of producing the Boxster, Porsche has just announced the return of the 718 in Boxster and Boxster S form. The new 718 stays true to the original 550 Spyder predecessor with its mid-engine roadster layout. Moreover, it likewise heralds the return of the flat-four cylinder motor that was used back in the day.

Unlike the old mill, however, the new powerplants are a technological tour de force. The 2.0-liter turbo four-cylinder engine found on the 718 Boxster develops 300hp and 380Nm. Mated to the Porsche dual-clutch transmission, the sporty two-seater sprints to 100kph from rest in 4.7 seconds. That’s 0.8 second faster than the previous Boxster.

Even bigger news is the 2.5-liter turbo found on the 718 Boxster S. This is the world’s very first mass-produced gasoline engine to be fitted with a variable geometry turbocharger. This cool piece of kit usually found in diesel motors gives the roadster a heady 350hp and 420Nm, and a 0-100kph run of 4.2 ticks. That’s a quick 0.6 second faster than the former Boxster S. Top speed for the 718 Boxster is 275kph, while the 718 Boxster S goes all the way to 285kph.

Being Porsches, these cars are likewise about agile and sure-footed handling. This is made possible by the available Porsche Active Suspension Management. The new system gives the car a 10mm lower ride height (20mm in the 718 Boxster S), and lets the driver freely tune the ride between comfort and fun. You can practically go from sports car to grand tourer at the flick of a switch. Speaking of customization, the new 718 now comes with the 911’s vaunted Sport Chrono Package. This toggle switch allows drivers to choose between Normal, Sport and Sport Plus. There is also a Sport Response button that works pretty much like a shot of NOS for that extra boost when you feel like it.

Apart from usable power, the new 718 duo have the looks to match. The cars retain the roadster look that has made this moniker a legend. They do sport up-to-date styling cues like bi-xenon headlights and LED daytime running lights, larger air intakes, and optional LED headlights. The new car is also recognizable with its new side sills and wings, a pair of large air inlets with fins, and doors without the usual handle recess covers. The rear is distinguished by a new pair of LED lights with four-point brake lights. They flank a new accent strip with the Porsche badge. The look is finished off by 19-inch wheels on the 718 Boxster and 20-inchers on the S model.

Of course, the luxurious yet functional Porsche interior is standard in the new 718 Boxster and 718 Boxster S. The equally fresh Porsche Communication Management system is on hand to help occupants connect with the world while on the move. The Porsche 718 pair will be available in Europe beginning April 30 of this year. But even now, we can already see a new classic in the making. 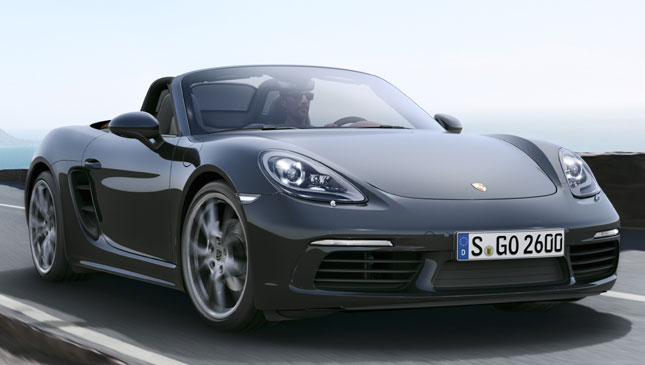 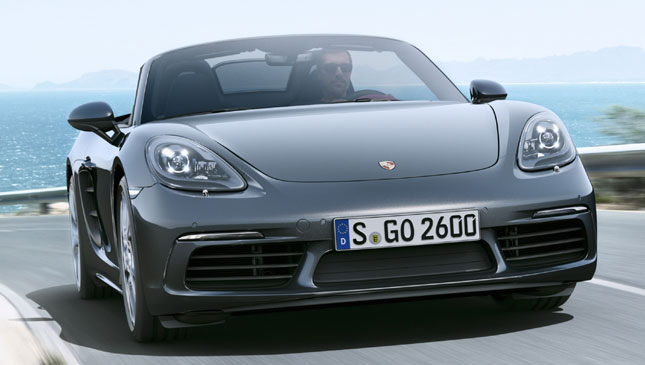 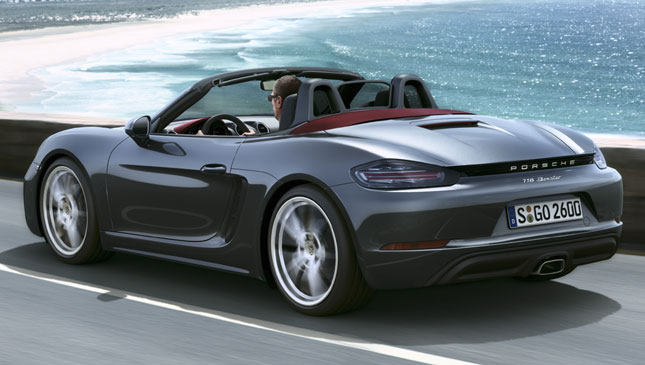 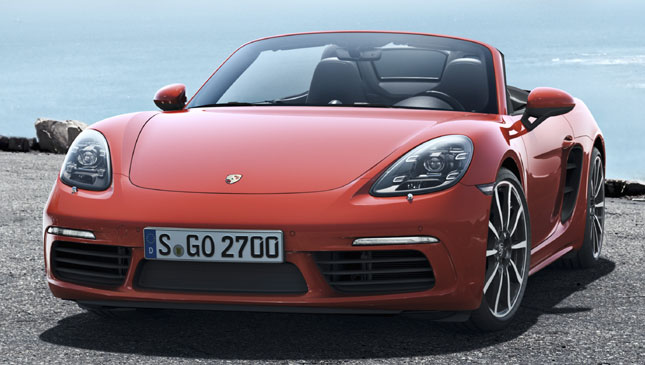 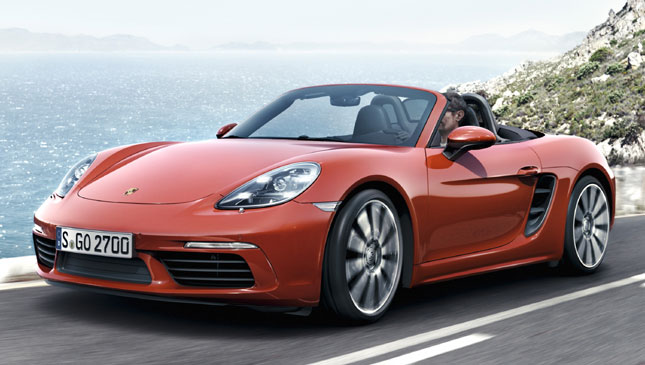 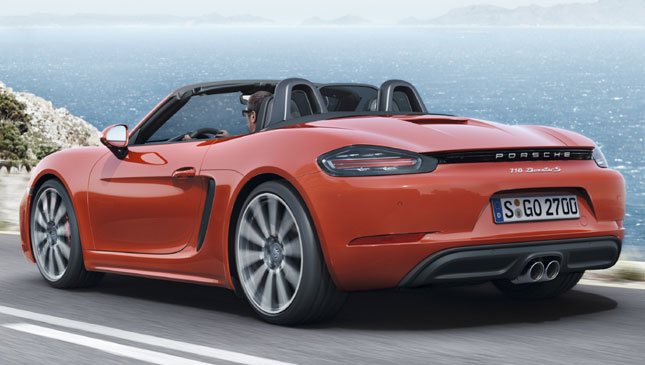 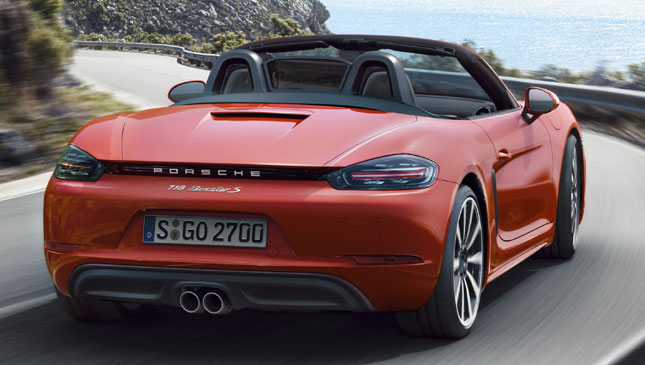 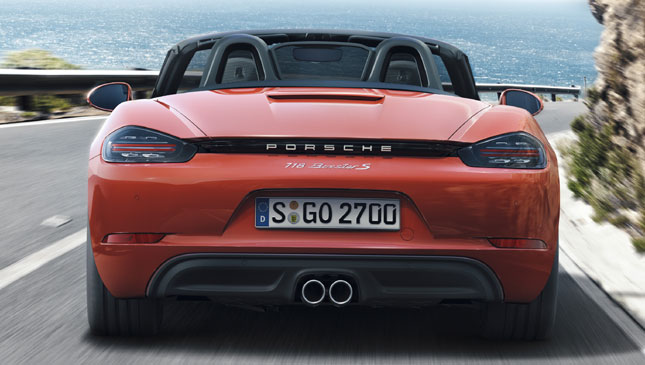 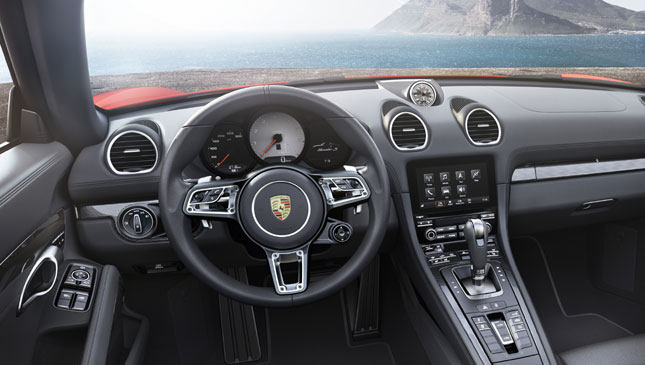 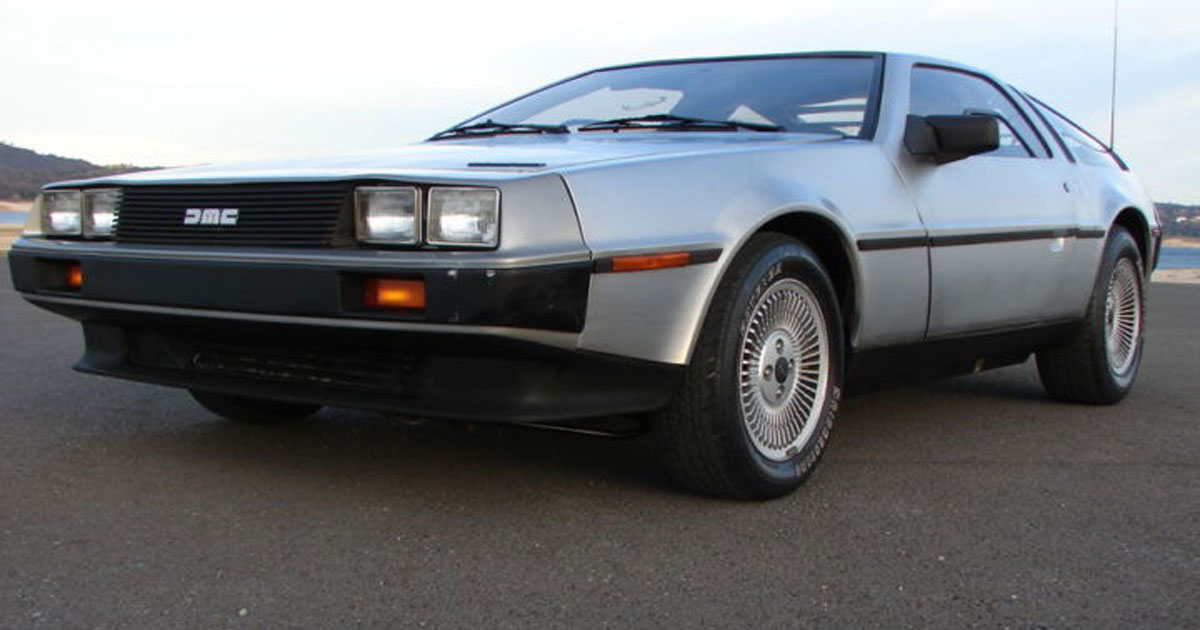 Report: 300 units of the DeLorean DMC-12 will be assembled and sold
View other articles about:
Read the Story →
This article originally appeared on Topgear.com. Minor edits have been made by the TopGear.com.ph editors.
Share:
Retake this Poll
Quiz Results
Share:
Take this Quiz Again
TGP Rating:
/20