And our initial impressions, too
by Vernon B. Sarne | Aug 13, 2014
CAR MODELS IN THIS ARTICLE 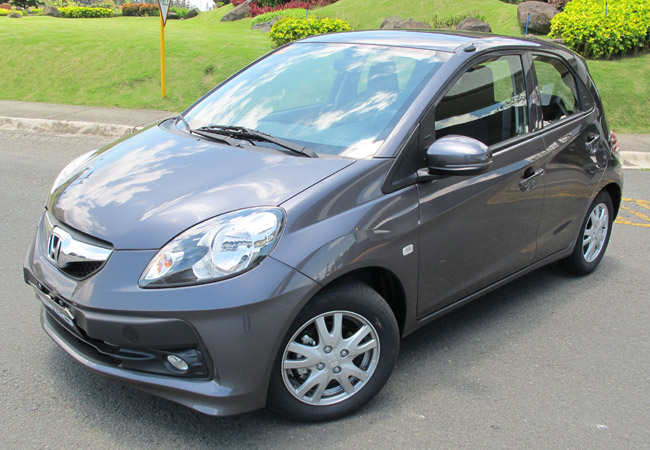 Today, we saw and drove the Philippine-market Honda Brio in Tagaytay. We came away with just one thought: This is a winner. Unless Honda Cars Philippines monumentally screws up the pricing, that is. It is technically in the same class as the Mitsubishi Mirage and the Toyota Wigo, but has a more premium feel and a more robust engine, thanks to HCPI's decision to equip it with the same 1.3-liter i-VTEC gasoline powerplant found under the hood of the second-generation Jazz instead of the paltry 1.2-liter unit that propels the car in Thailand.

The difference in the overall quality and feel is so pronounced that Honda actually made available a unit each of the Mirage G4 and the Wigo so journalists could drive and compare them with the Brio and the Brio Amaze (the sedan twin model of the Brio, a separate story on which will be published later). Needless to say, we also expect that the Brio will be priced significantly higher than its rivals (pricing isn't available yet as we write this).

The Brio and the Brio Amaze will be officially launched at the Philippine International Motor Show on September 18-21 at the World Trade Center in Pasay City.

If there was one thing Honda wanted us to focus on, it was the fact that the Brio will be the only car in its class to have a four-cylinder engine (both the Mirage and the Wigo have three-cylinder motors), resulting in a clear advantage in horsepower (99hp) and torque (127Nm).

The Brio unit we drove was the range-topping V variant with a five-speed automatic transmission. Although the final list of variants hasn't been announced, a source within HCPI has told TopGear.com.ph that there is also a five-speed manual transmission as well as a base variant. A mid-level variant is likewise being considered and could be a possibility come launch time.

The 7.6km/L fuel mileage seen in the photo of the instrument panel below is sort of misleading, because we drove the test unit pedal-to-metal--on a route that included steep climbs.

Among the main features that stood out for us are the 14-inch alloy wheels, the dual airbags, the antilock brakes, the keyless entry system, the multireflector headlamps, the fog lamps, the tailgate spoiler, the rear wiper and defogger, the steering-wheel audio controls, the sporty instrument gauges, the eco driving indicator, the navigation-ready multimedia head unit, and the flat-folding rear seat, among others.

Driving the Brio around the Tagaytay Highlands compound, we found the car to be agile, fun and nicely balanced, with superb handling that will give you the impression of a smaller Jazz.

If you're considering this car, know this: You will likely have to shell out more for this Honda, but its premium feel and performance advantage will more than justify the price differential. 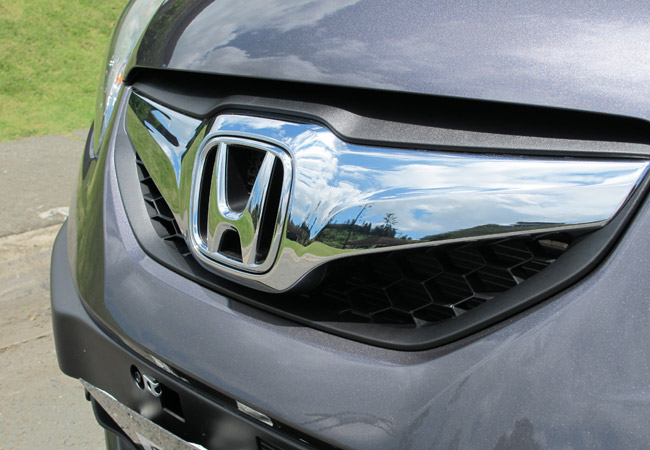 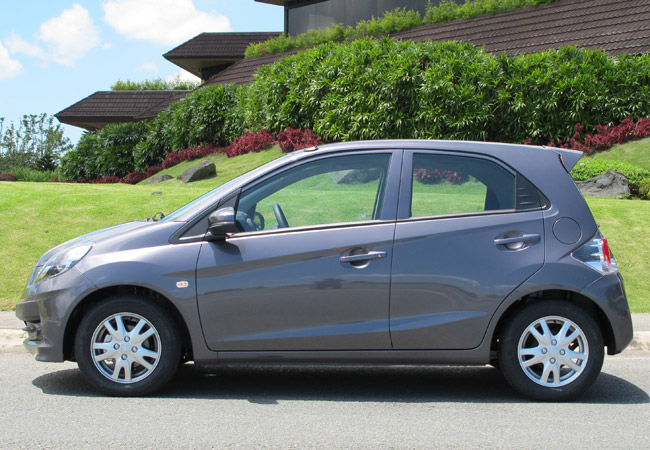 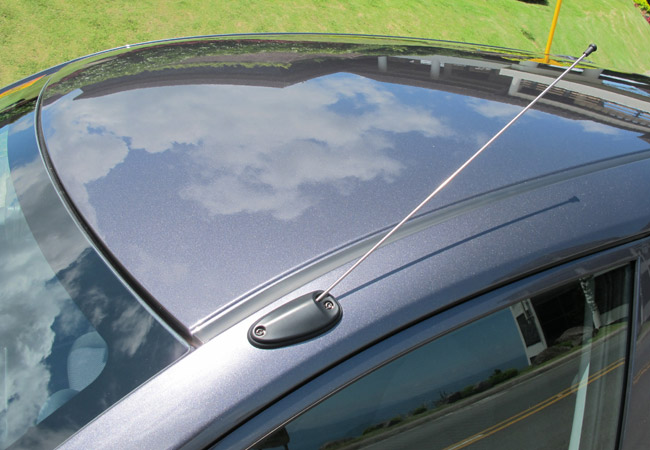 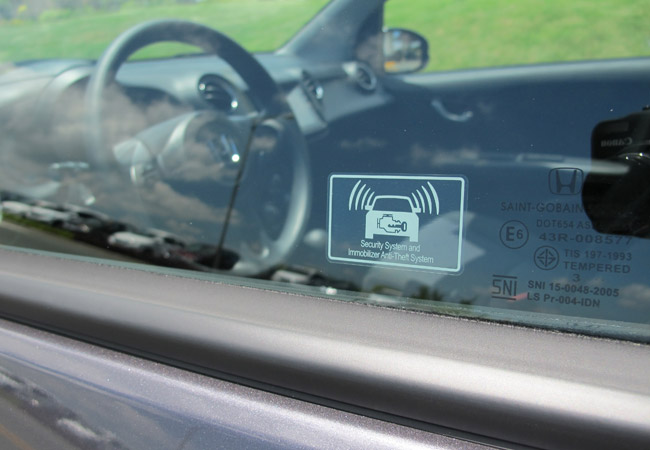 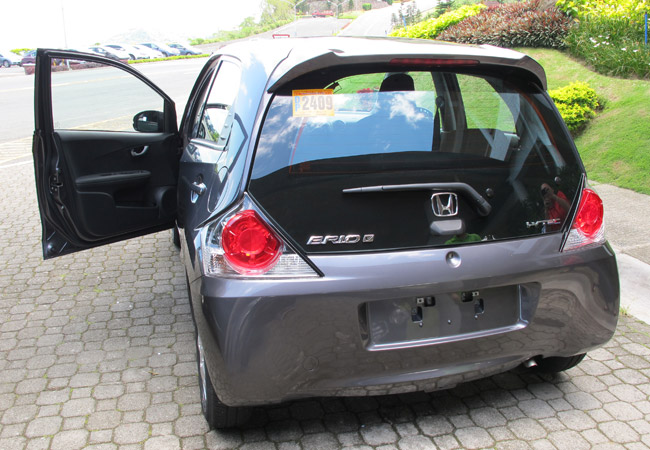 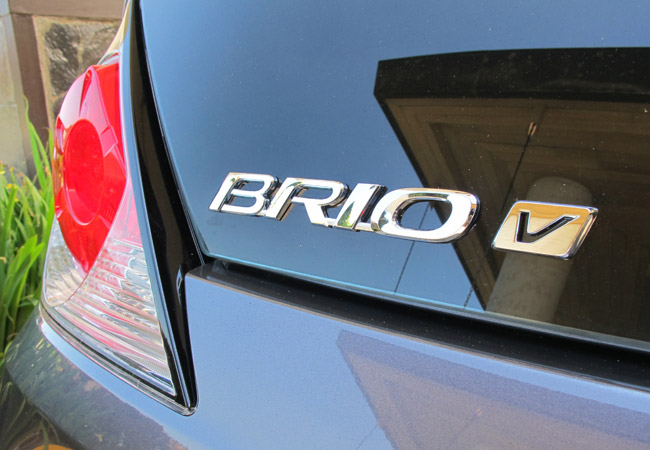 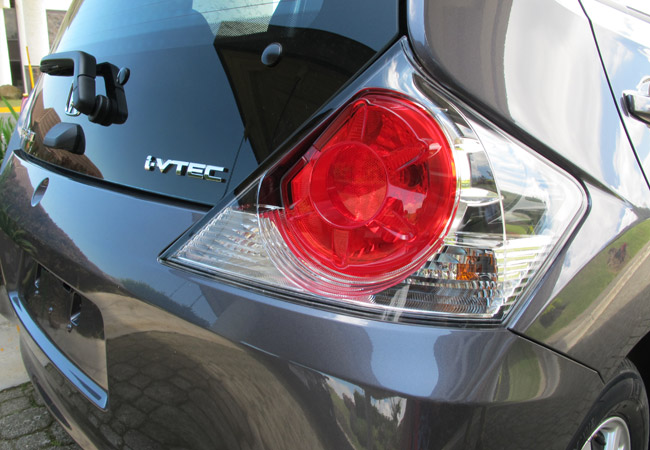 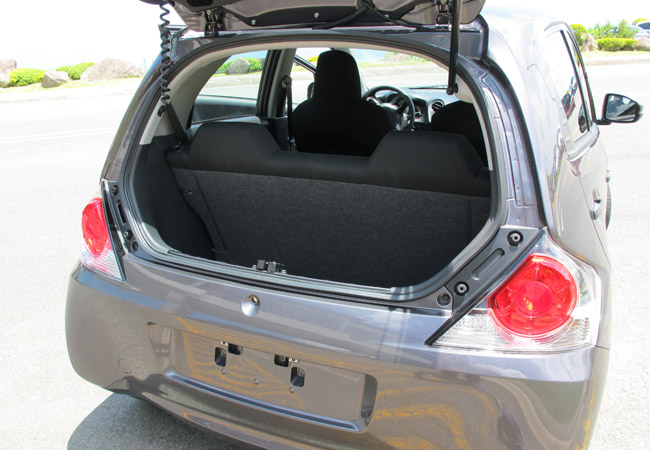 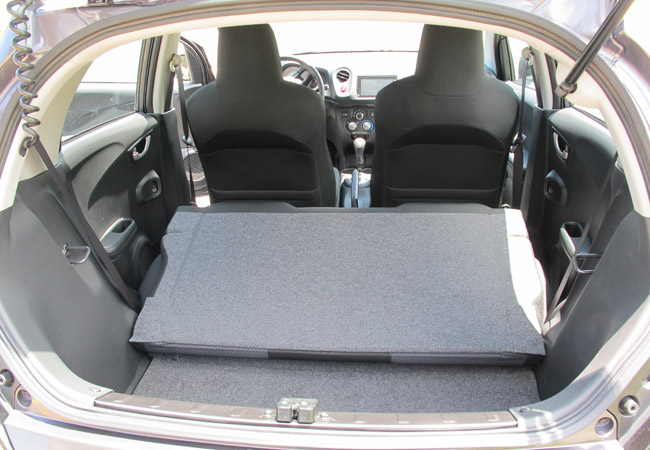 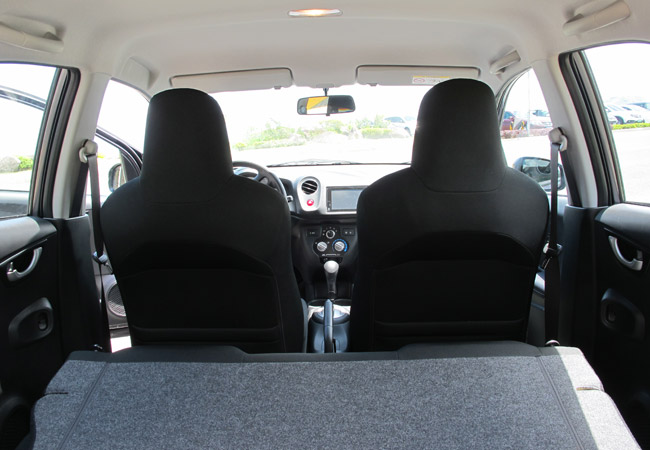 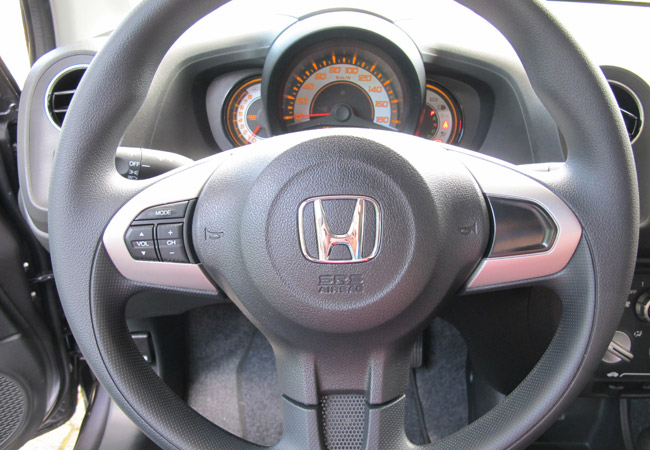 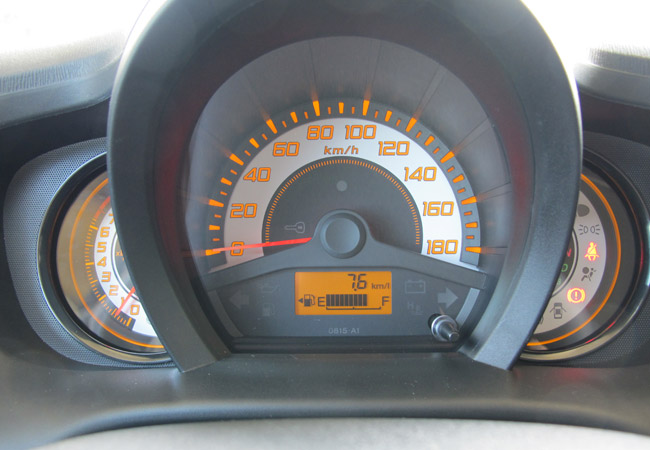 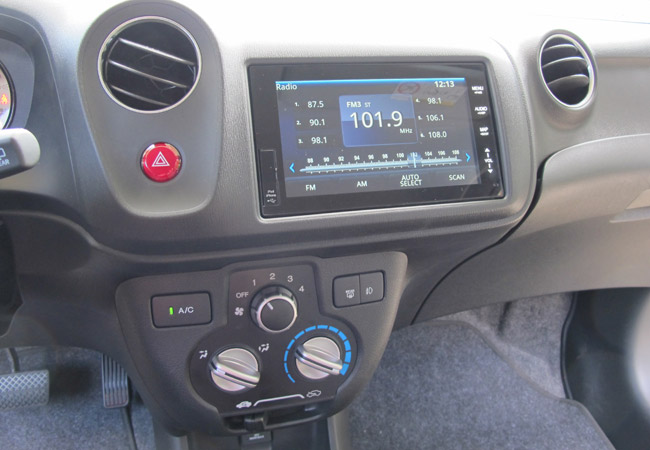 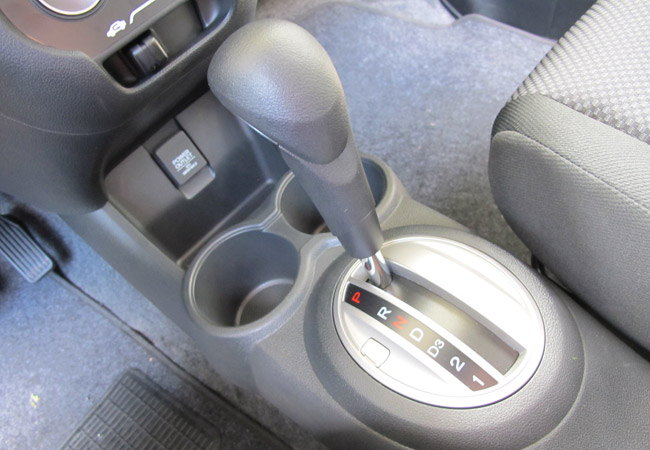 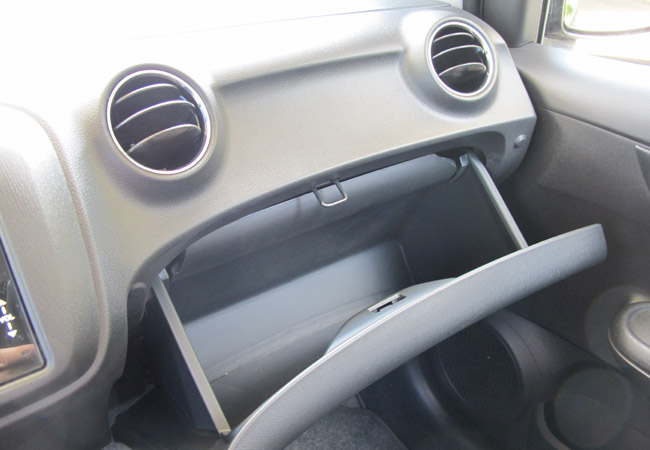 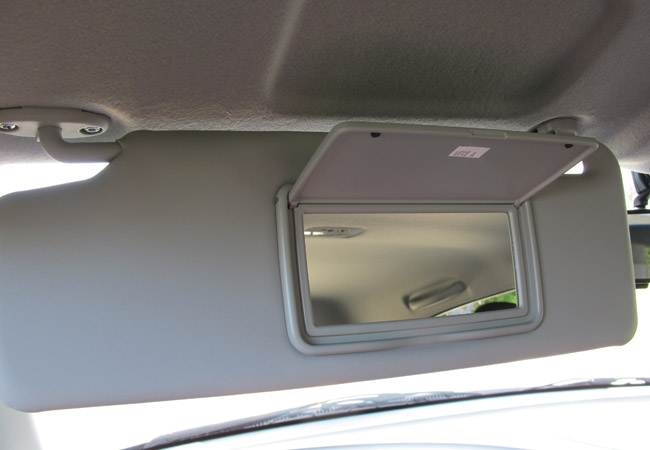 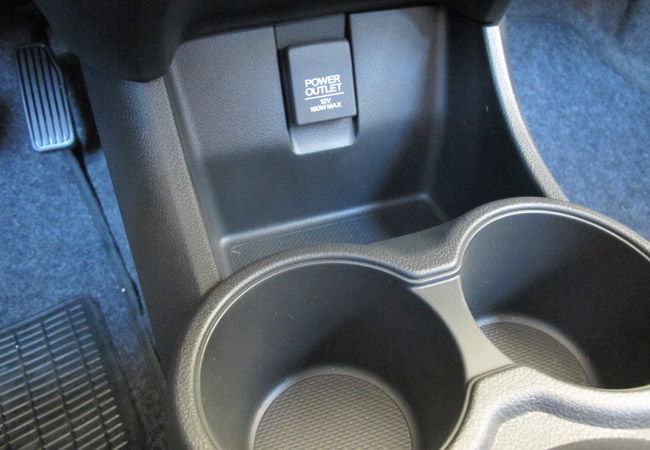 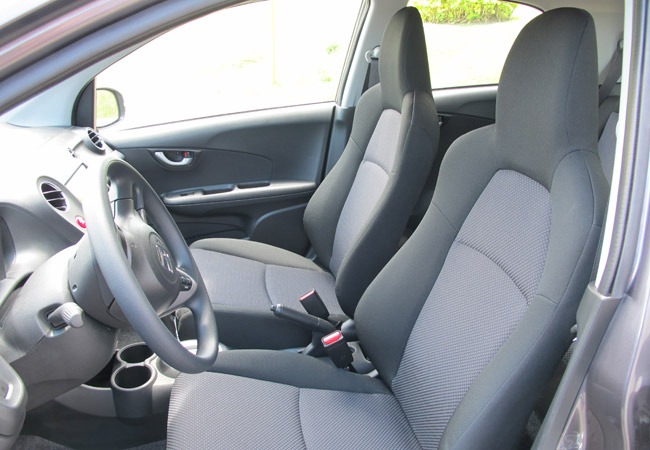 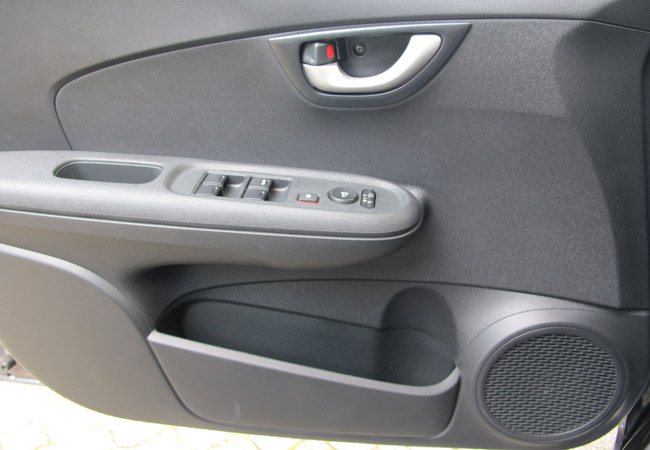 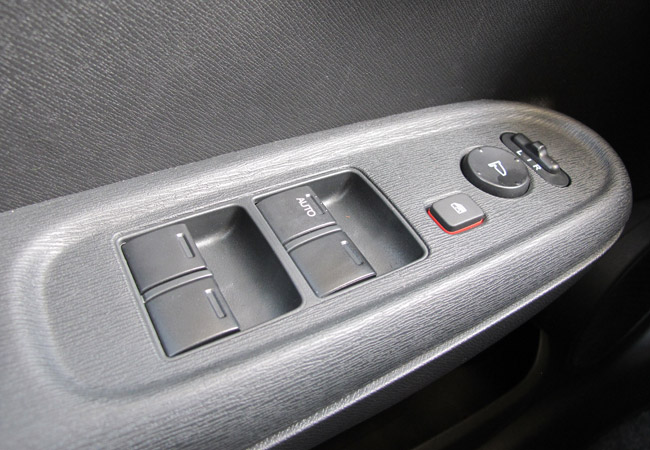 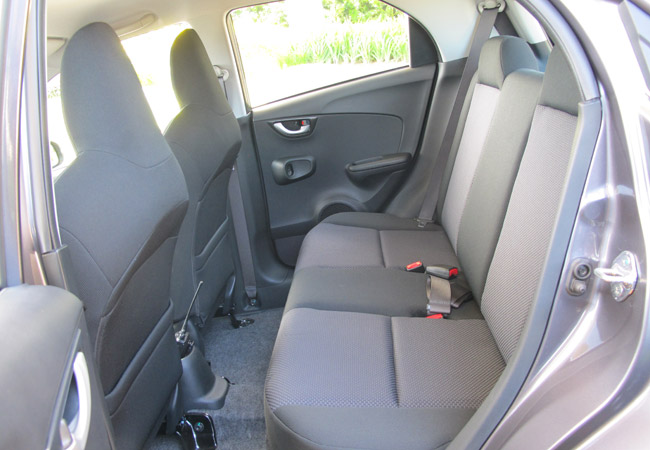 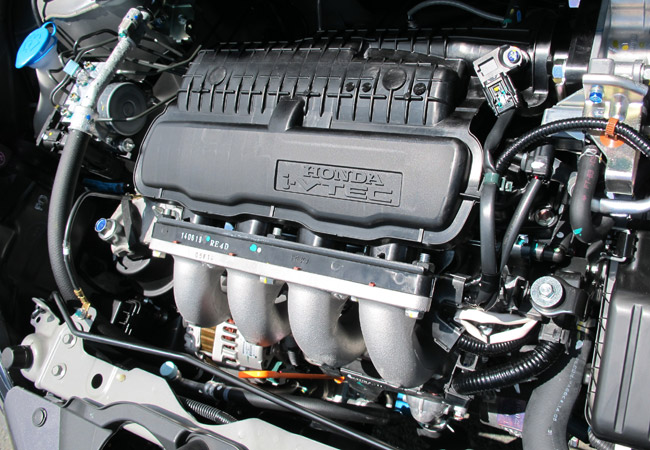 Apparently, you can now order the 'world's smartest helmet'
View other articles about:
Read the Story →
This article originally appeared on Topgear.com. Minor edits have been made by the TopGear.com.ph editors.
Share:
Retake this Poll
Quiz Results
Share:
Take this Quiz Again
TGP Rating:
/20