A car of mythological proportions
by Jack Rix | Mar 7, 2017
CAR BRANDS IN THIS ARTICLE

Well there’s a surprise. The internet was awash with rumors that Aston Martin and Red Bull’s forthcoming hypercar, codenamed AM-RB 001, would be badged Nebula. But the Internet has egg on its face. At the Geneva International Motor Show, Aston has announced it will, in fact, be know as the Valkyrie—continuing Aston’s fascination with names beginning in ‘V.’

Named not after the 2008 Tom Cruise film, but taken from Norse Mythology, a quick Google reveals the Valkyries to be “a group of maidens who served the god Odin and were sent by him to the battlefields to choose the slain who were worthy of a place in Valhalla.” Now that’s how you name a car.

In the words of Marek Reichman, Aston’s chief designer: “Aston Martin model names have deep meaning. They need to inspire and excite. The Aston Martin Valkyrie is an incredibly special car that demands an equally remarkable name; an uncompromising car that leaves nothing in reserve. The connotations of power and honor, of being chosen by the Gods are so evocative, and so pertinent to a car that only a fortunate few will ever experience.”

The only other new information is that the Valkyrie will wear Michelin Pilot Sport Cup 2 tires, measuring 265/35 at the front and 325/30 at the rear. The Michelins will be attached to lightweight magnesium alloy wheels (20 inches at the front, 21 inches at the rear) featuring race-spec center-lock nuts to further reduce unsprung mass.

We already know that Cosworth will be taking care of the engine—a 6.5-liter naturally aspirated V12. There’s no word on power output yet, but the aim is for a one-to-one horsepower-to-kg ratio—how low they can get the curb weight is anyone’s guess at this stage. The gearbox will be a seven-speed paddleshift built by Ricardo, while Rimac (yes, the very same company behind the insane Concept One electric supercar) will take care of batteries for the hybrid boost system.

Canadian company Multimac will pick up where they left off with the One-77 and Vulcan and build the MonoCell carbon tub. Alcon will make the carbon-ceramic brakes and Bosch is currently working on a fiendishly complicated electronic stability system.

So, it’s being designed by some of the biggest names in the business—including Red Bull F1’s mastermind Adrian Newey—it has a glittering roster of top-tier suppliers, and now it has a name. What do we think Internet, is this the car to make the Porsche 918, McLaren P1, and LeFerrari look like old news? 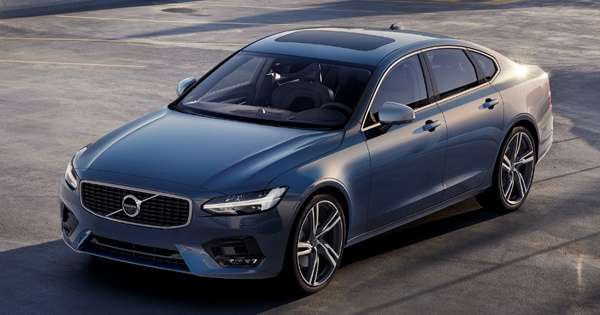 Own a Volvo? Now you can relax at an airport lounge for free
View other articles about:
Read the Story →
This article originally appeared on Topgear.com. Minor edits have been made by the TopGear.com.ph editors.
Share:
Retake this Poll
Quiz Results
Share:
Take this Quiz Again
TGP Rating:
/20