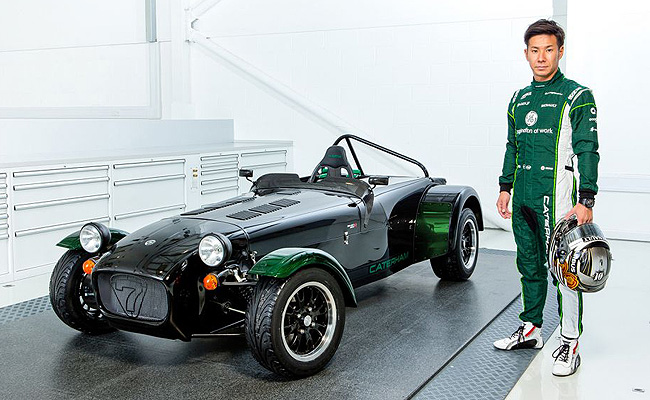 Caterham Cars has created a limited-edition Kamui Kobayashi version of its 125hp Seven 250 R model, and it will be sold exclusively in the Formula 1 driver's home country of Japan.

According to Caterham, only 10 units of the limited-edition model will be built, with the cars having "performance-focused features hand-chosen by the Formula 1 driver."

The exterior is finished with high-gloss black paint with matte-black sport stripes and a number '10' badge--Kobayashi's favorite number--on its nose serving as highlights. Its front and rear wing protectors are made of carbon fiber and finished with a unique Caterham green lacquer.

Like a true race car, the limited-edition model is a single-seater and has an aluminum tonneau cover over the passenger seat area. A single-sided rollover hoop that's fixed to the rear bulkhead protects the driver, while a polished chrome rear exit exhaust system completes the dynamic styling.

Inside, the Kobayashi car has a carbon-fiber dashboard that's signed by the F1 driver and is finished with the same Caterham green lacquer as the front and rear wing protectors. The sports seat is also constructed from carbon fiber and comes with green contrasting stitching, Kobayashi's logo on the headrest, and a green Takata four-point harness. Other interior features include special gauge inlays, an anodized green gear knob with Kobayashi's wordmark, and an anodized green key.

Powering the Kamui Kobayashi Seven 250R is a 1.6-liter Ford Sigma engine that--paired with a six-speed manual transmission and a limited-slip differential--gives the car a 0-100kph sprint time of 5.9 seconds and a top speed of 180kph.

"Japan is our second-largest export market, and our Japanese Caterham community consists of huge Kobayashi fans," said Caterham Cars chief commercial officer David Ridley. "I’m delighted to be able to offer our fans in Japan this exclusive model, which will, one day, no doubt become a collector’s item. Kamui had great fun customizing the design and has even test-driven the first prototype to give his seal of approval." 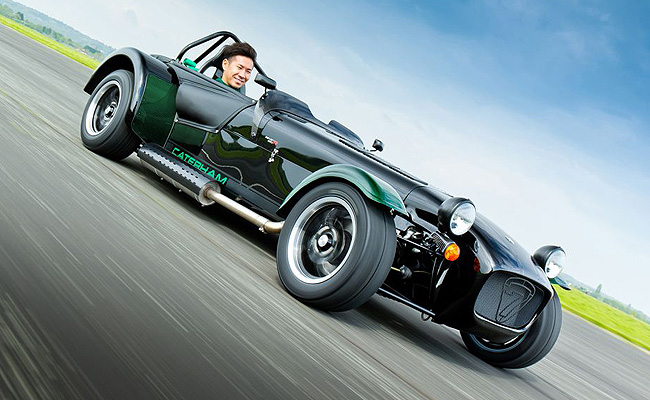 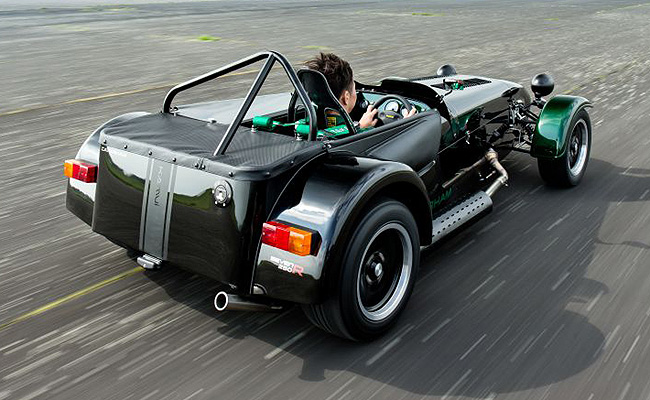 This is what you would get if Mini created a Superleggera version
View other articles about:
Read the Story →
This article originally appeared on Topgear.com. Minor edits have been made by the TopGear.com.ph editors.
Share:
Retake this Poll
Quiz Results
Share:
Take this Quiz Again
TGP Rating:
/20