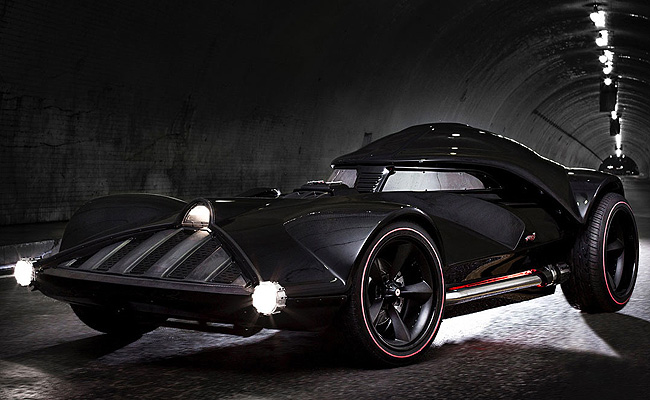 As the 2014 San Diego Comic-Con opened its doors this week, more and more product manufacturers have revealed their wares for the annual event, one of which is Hot Wheels, which revealed its life-size, fully-operational Darth Vader-inspired car.

Built to mark the first product born of the collaboration between Hot Wheels and the Star Wars franchise--which is a 1:64-scale die-cast version of the car on display at the show--the Darth Vader car is reportedly powered by the same 526hp LS3 V8 engine that propels the Chevrolet Corvette. Other features of the car, according to Autoblog.com, are its backlit, side-exit exhaust system and carbon-fiber snout.

While the one-off car isn't for sale, what you can actually buy at the Comic-Con is the 1:64 die-cast copy, which, for $40, comes in a commemorative case that resembles the hilt of Darth Vader's lightsaber.

According to Hot Wheels, more Star Wars character cars and replicas of die-cast starships and playset are "due out later this year."

Check out the video of the life-size Darth Vader car in action below. 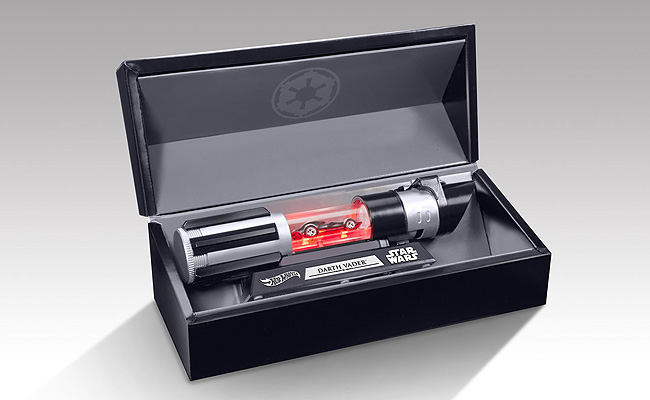 Watch our associate editor Paulo Subido race in Vios Cup on July 26
View other articles about:
Read the Story →
This article originally appeared on Topgear.com. Minor edits have been made by the TopGear.com.ph editors.
Share:
Retake this Poll
Quiz Results
Share:
Take this Quiz Again
TGP Rating:
/20