How much is the amphibious Salamander? How do you get one? 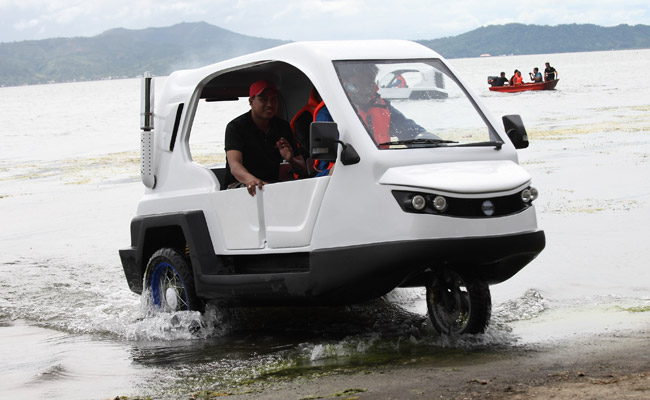 Last Wednesday night, a Filipino startup company called H2O Technologies officially launched the Salamander amphibious trike concept, a locally made three-wheel special-purpose vehicle that can travel both on land and in water. We knew many people would be interested in the idea, a collaboration between technical head Lamberto Armada and car bodykit specialist Atoy Llave. But we didn't expect the kind of reception it would get when we posted a two-minute exclusive video on our Facebook page.

As you read this--just two days later--the video has been shared 46,000 times and viewed nearly 1.2 million times. "Viral" doesn't begin to describe the Salamander's effect on people. It just goes to show that any Filipino product that makes sense has the potential to appeal to the world.

Indeed, we've been deluged--and we don't use this word lightly--with messages from interested individuals not just in the country but also overseas. One person even asked about the possibility of shipping the thing to the United States. But most of the inquiries centered on two things, which we'd like to address now.

* How much is the Salamander?

* How can the people behind the Salamander be contacted?

First, the price. According to Llave, the Salamander is still a concept vehicle for now, so they cannot quote exact pricing figures for both the electric and internal-combustion versions. Right now, the group is in the process of raising funds for the business. It is safe to say they are now entertaining proposals from interested investors. Several important companies have approached them since our video went online, including Meralco and the Department of Transportation and Communications.

Once they've identified investors and partners, they will then be able to determine the size of the undertaking--like how big the production scale is going to be.

"Just one machine used to fabricate the body costs P80 million," Llave told TopGear.com.ph. "How many we'll purchase will depend on the funding that we'll get as well as on the size of production that will be agreed upon."

As it stands, they don't even have a factory to manufacture the Salamander in, although they have already found a place in Valenzuela City. Obviously, they also don't have a showroom yet.

Now, even after the ball starts rolling, H2O Technologies intends to begin selling the Salamander to local government units first, as these are the ones who need the amphibious trike the most for rescue operations during flooding.

"Also, local government units are not as demanding as private customers when it comes to the specs," Llave shared. "Private owners will likely focus on car-like features, but LGUs won't pay attention to these. They just need the vehicle ASAP because of the necessity."

And so the target is to sell the Salamander first to LGUs around the third quarter of this year, and then hopefully to private customers at the end of 2015.

Llave hopes to keep pricing below P300,000 for the private sector. "The goal is to sell it to private buyers for around P250,000 to P280,000 each, with the electric version slightly more expensive than its internal-combustion counterpart."

So, how can people contact them? Those who are interested in either investing or acquiring a unit may send Llave a message at atoyllave@yahoo.com.ph. He will personally reply to your inquiries or refer you to his partners, depending on the nature of your requirement.

We hope the Salamander will be a huge success not only in the Philippines but also around the world. Not only does it have the ability to save lives, it also has the potential to generate jobs for Filipino workers. Let's help make it happen. 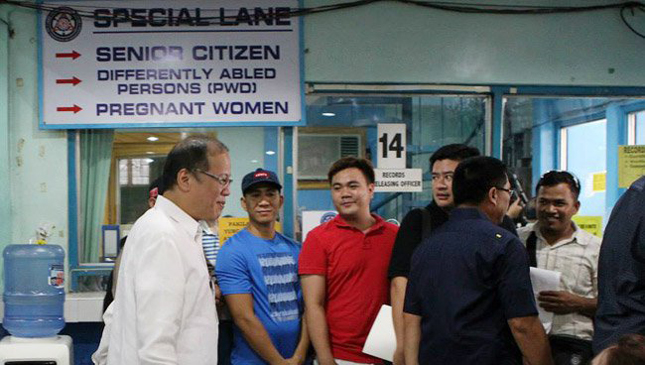 Report: LTO to begin cashless transactions by February 1st
View other articles about:
Read the Story →
This article originally appeared on Topgear.com. Minor edits have been made by the TopGear.com.ph editors.
Share:
Retake this Poll
Quiz Results
Share:
Take this Quiz Again
TGP Rating:
/20