Mars Rover or the all-new Batmobile? 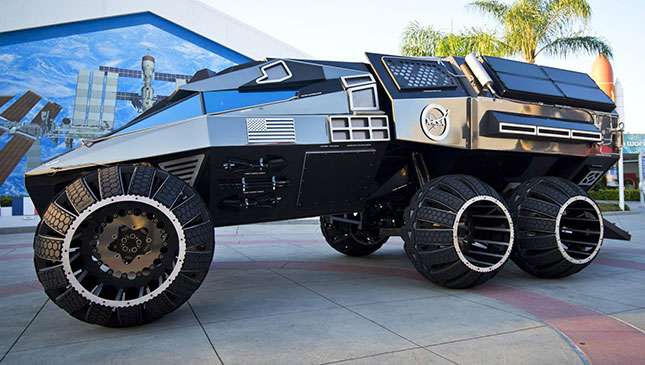 Get your ass to Mars, they said. What they didn’t say, was that once there, you’d become the hero Mars deserves, but not the one it needs right now.

Because a new Mars Rover prototype has been revealed, and it looks like something Lucius Fox might have built for Batman. But it wasn’t built by Lucius Fox for Batman because neither of those things exist.

It was built instead by Parker Brothers Concepts (who, incidentally, previously built a Tumbler for Gumball), working out of Florida, and is a concept car to get people excited about NASA’s planned journey to Mars.

NASA experts helped influence the design, though, and the whole thing was commissioned by the Kennedy Space Center. The concept utilizes a 700-volt battery powered by solar panels, running an electric motor. There’s a separation in the middle: The front allows for scouting and is equipped with a radio and actual sat nav.

The rear? That’s a laboratory, which can disconnect for autonomous research. It’s reported to be able to hit up to 113kph, and NASA assures us that "while this exact rover is not expected to operate on Mars, one or more of its elements could make its way into a rover astronauts will drive on the Red Planet."

That rover needs to be built soon, because NASA is planning to land a new vehicle on Mars in 2020. Its mission is to search for signs of microbial life, and collect samples for a potentially future return to Earth.

However, NASA doesn’t mention that its new rover will need to dispense with Mars' villainous thugs, nor magically transform into a MarsBike when torpedoed by the Joker, nor be capable of flying on rooftops.

We live in hope, fellow earthlings. 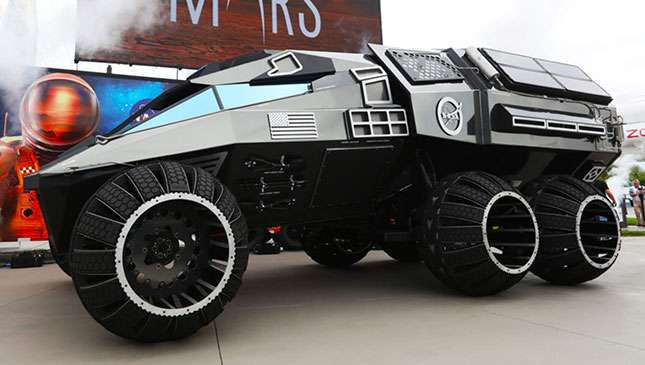 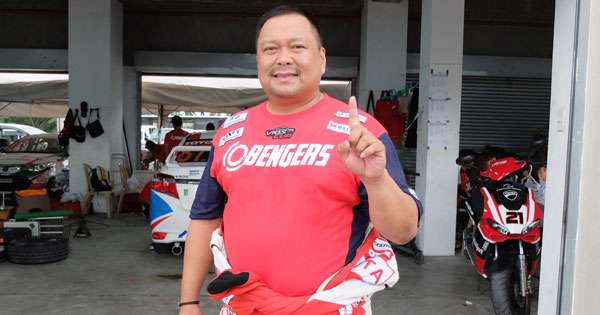