This is the 1,000hp Mercedes-AMG Project One hypercar

Doesn't get more race-inspired than this
by Andrew Guerrero | Sep 14, 2017
CAR BRANDS IN THIS ARTICLE 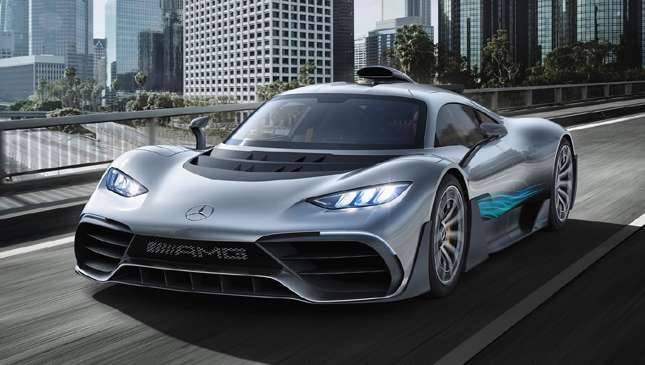 Mercedes has revealed its Mercedes-AMG Project One showcar at the 2017 Frankfurt Motor Show. The unveiling is just in time for the nameplate's 50th anniversary.

Formula 1 racing star Lewis Hamilton, who helped develop the hypercar, was given the task of driving it onto the stage. The low slung Project One looks stunning, especially with its Mercedes-AMG Petronas F1 racecar-inspired color scheme. 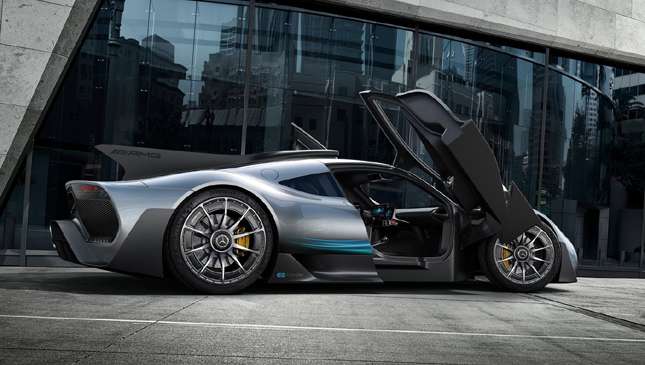 Although its heart can be traced back to Formula 1, its profile looks straight out of the German carmaker's Le Mans past. Up front it features a low sloping nose with ultra-slim headlights, while its fascia sports an exaggerated version of the division's air intakes and distinctive A-wing. The white AMG logo painted on the central mesh grille is a nice touch, too.

This is one of the rare occasions where the company's trademark grille is absent. In its place is a three-pointed star decal on the leading edge of the nose. On the sides we see curved front fenders which flow into the rear haunches. Down low are air channels, flaps and end-plates that aid the car's extreme aero. There's a sleek greenhouse with an intake above it, too, and a long central shark fin that improves cornering stability. Dominating the rear is a prominent two-section diffuser and a central-mounted exhaust with two smaller accompanying pipes. It rides on 19in or 20in forged aluminum wheels with carbon-fiber semi-covers. 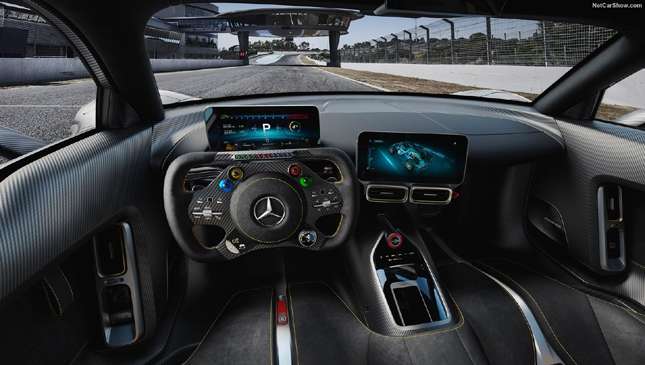 Inside, the seats are mounted directly to the structure, while its backrest, pedals and steering wheel are adjustable. It’s equipped with two high-resolution 10-inch screens.

The monocoque body is lightweight carbon fiber, and the engine and transmission are part of the rear structure. It comes with front and rear multi-link pushrod suspension with adjustable coilovers. 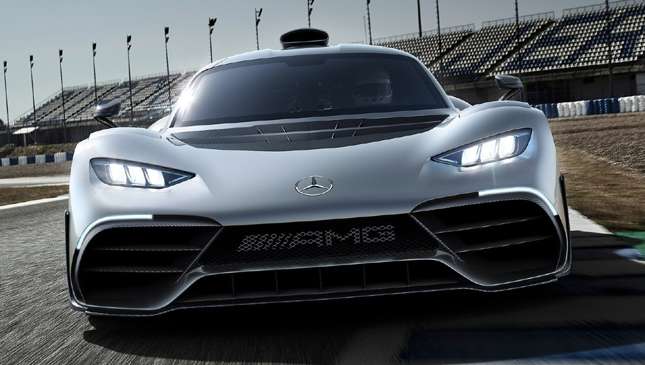 Underneath its race motorsport-inspired skin is what's essentially the Mercedes-AMG Petronas Formula 1 car’s 1.6-liter hybrid-gasoline direct-injection V6, complete with an electrically assisted single turbocharger. Connected to the high-revving turbo mill at the crankshaft is a 90kw electric motor, while two additional 120Kw electric units power each front wheel. Its total system output is an astonishing 1,000hp. Shifting duties are handled by the new Automated AMG Speedshift 8-speed manual transmission. Acceleration from zero to 200kph is under six seconds, while its top speed is over 350kph. This all-wheel drive hybrid hypercar has an electric range of 25km. 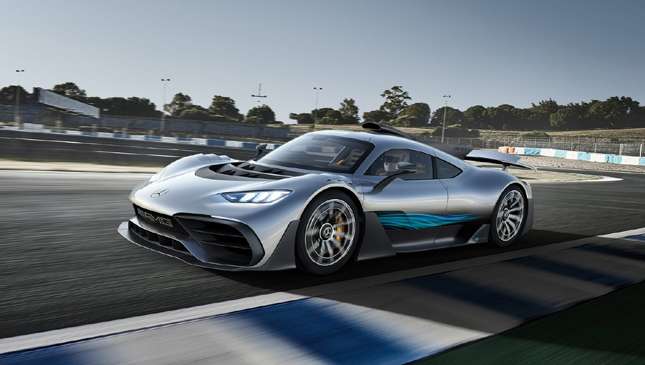 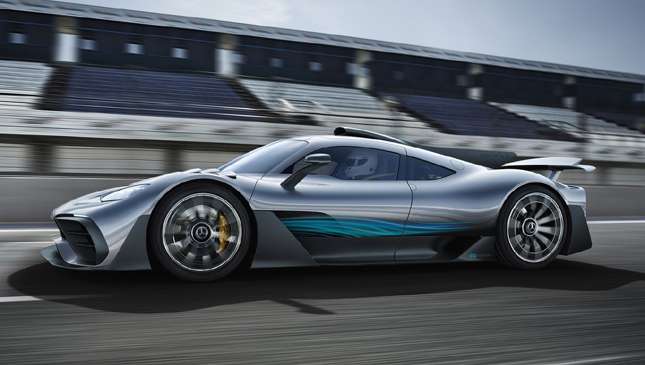 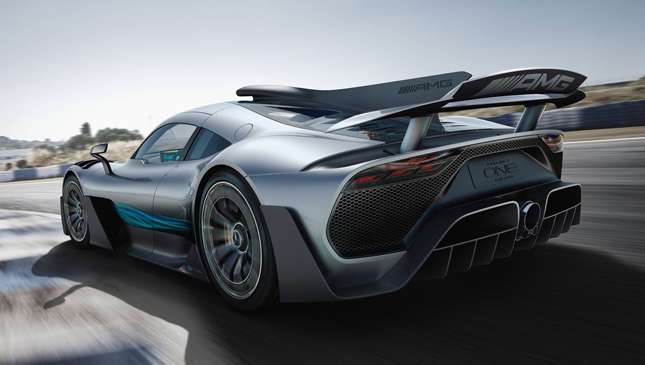 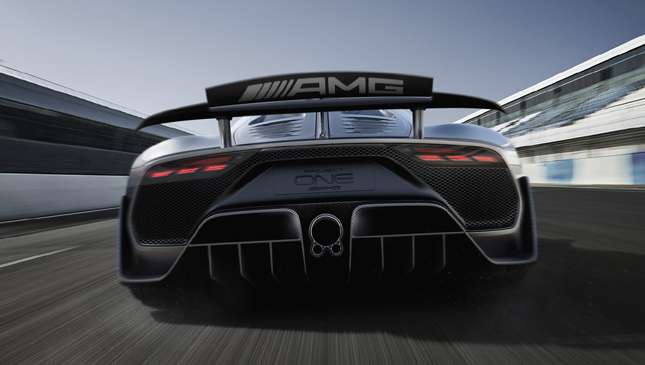 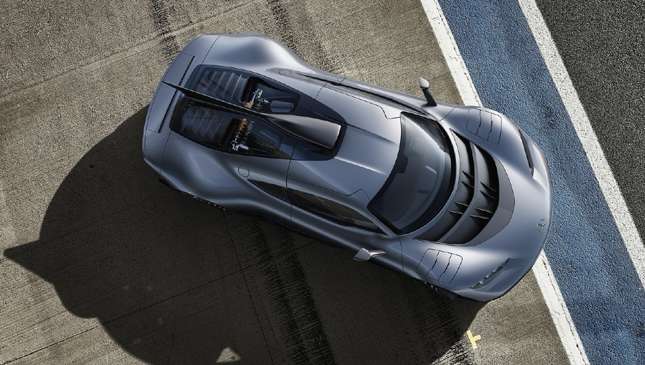 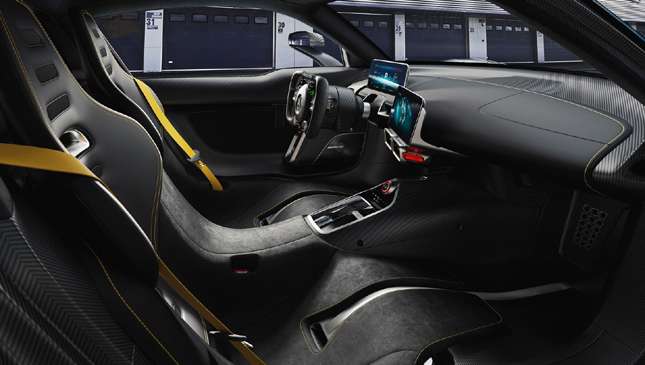 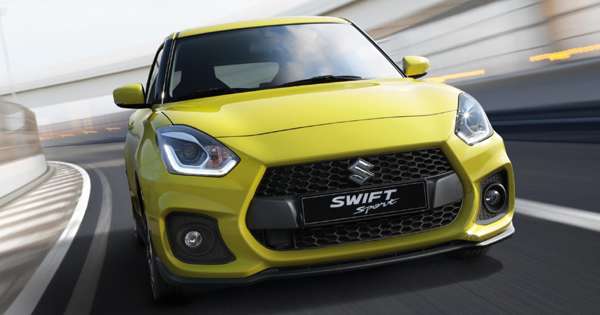 The all-new Suzuki Swift Sport is lighter, packs turbo
View other articles about:
Read the Story →
This article originally appeared on Topgear.com. Minor edits have been made by the TopGear.com.ph editors.
Share:
Retake this Poll
Quiz Results
Share:
Take this Quiz Again
TGP Rating:
/20