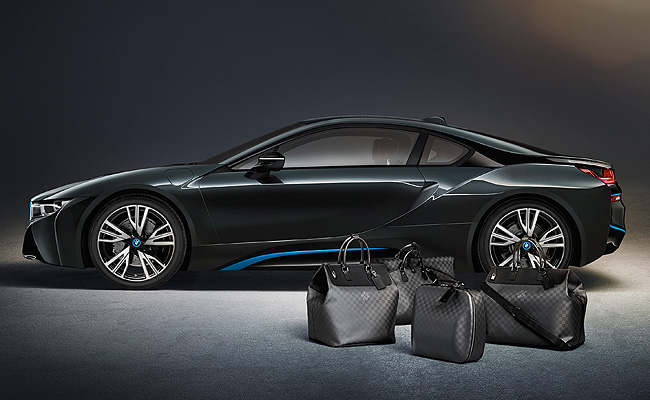 BMW will be auctioning a one-off model of the i8 plug-in hybrid sports car to mark the vehicle's arrival in the United States.

According to the German carmaker, the i8 Concours d'Elegance Edition will be distinguished by "a unique paint scheme and interior treatment, as well as other features that will make it unlike any other BMW i8 in the world."

For its exterior, the car will have a BMW Individual Frozen Gray Metallic paint. Its interior, meanwhile, will have a Dalbergia Brown leather upholstery, which is tanned using dye derived from plant extracts, and accented with BMW i-Blue stitching. The same i-Blue accent is also present in the seatbelts, while the "BMW i8" name will be embossed on the front headrests.

A number of firsts for the US market will also be accomplished by the i8 Concours d'Elegance Edition, like its laser headlights (pending government approval), a BMW i8 display key, and the first BMW charging station.

The words "Pebble Beach Concours d'Elegance Edition" will also be laser-etched into the door sills, while a plaque on the rear parcel shelf will contain the signatures of senior BMW executives who played key roles in the development of the i8.

Completing the car's sale is a set of Louis Vuitton luggage "tailored exclusively for the BMW i8."

Meet the Honda Brio Amaze sedan
View other articles about:
Recommended Videos
Read the Story →
This article originally appeared on Topgear.com. Minor edits have been made by the TopGear.com.ph editors.
Share:
Retake this Poll
Quiz Results
Share:
Take this Quiz Again
TGP Rating:
/20