Check out the variants, specs and prices
by Tracy Carpena | Apr 10, 2015
CAR BRANDS IN THIS ARTICLE 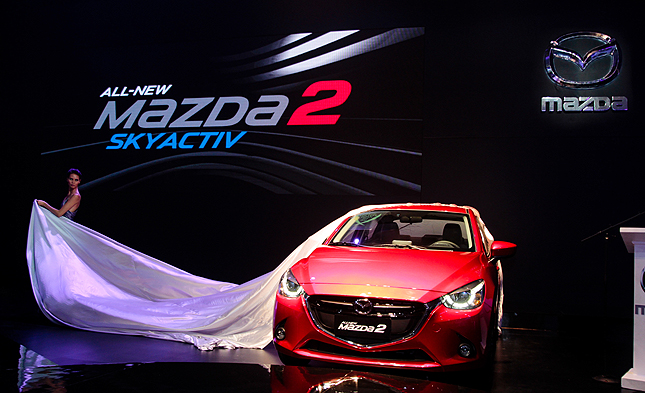 When Berjaya Auto Philippines, the official distributor of Mazda vehicles in the country, posted an image with this word and the number "2" on its Facebook page, it was a cue to get giddy.

Not long after, it was revealed that the Mazda 2 would be unveiled at the 2015 Manila International Auto Show. On the motor show's opening day, the reveal was led by Mazda Motor Corporation's program manager for the 2, Minoru Takata.

So after months of anticipation, we now know the variants, features and prices of the Philippine-spec 2. Three sedan variants are available (Skyactiv S, V and R), while only one hatchback variant is available (Skyactiv V). They have the following price tags:

If you wish to get the 2 in Soul Red color, prepare to shell out an additional P16,800.

Under the hood of these cars is a 1.5-liter four-cylinder in-line Skyactiv gasoline engine rated at 106hp and 139Nm. The S, V and R variants have the six-speed Skyactiv Drive transmission, but only the R variant is equipped with paddle shifters. All variants come with a push start/stop button.

The S and V variants both have 15-inch wheels, 185/65 tires, 3.5-inch monitor and fabric seats, but the V hatch and sedan variants are equipped with some features not found on the S variant. Niceties like halogen headlights and Bluetooth voice control are available on the V variants. They also boast dynamic stability control and rear parking sensors.

The top-spec R variant, meanwhile, is fitted with leather seats, bi-xenon headlights with auto leveling and LED running lamps, 16-inch machine-finish wheels and 185/60 R16 tires. Like the V variants, it also has Bluetooth voice control, dynamic stability control and rear parking sensors. But this P925,000 sedan is given some extras in the form of a seven-inch TFT infotainment display with commander control and active driving display (aka head-up display).

Takata said the fourth-generation 2 was developed to destroy people's prejudice against small cars. "People think that big cars have more value, while small cars have less value," he noted. With the all-new subcompact car's design, driving performance, fuel economy and optimal driving layout (with focus on pedal layout), the Japanese executive said that "you will forget you are driving a subcompact car even on long drives."

According to Berjaya Auto Philippines president and CEO Steven Tan, the 2 will be available in a few months. "So if you're thinking of getting a subcompact sedan or hatchback, hold it off and wait for the Mazda 2," he added.

Only the top-spec Mazda 2 variant was on display during the first day of the motor show. The other variants will be on display from April 10 (today) to 12 (Sunday). Go check them out. 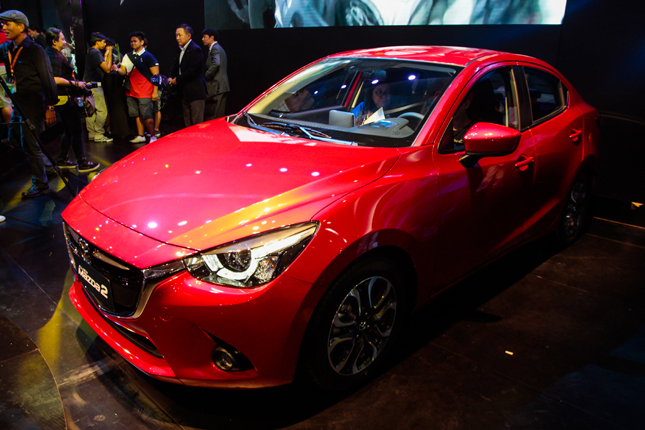 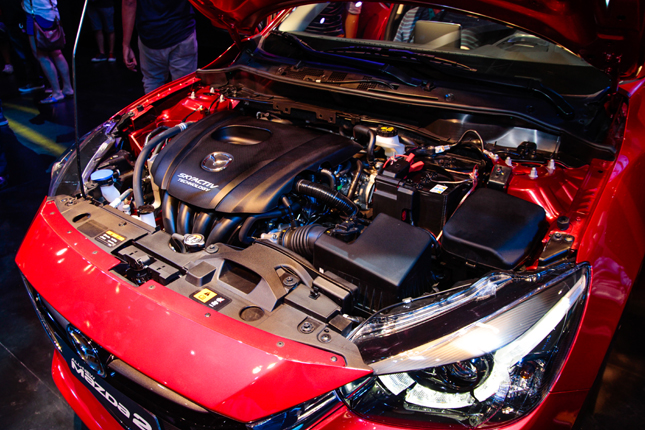 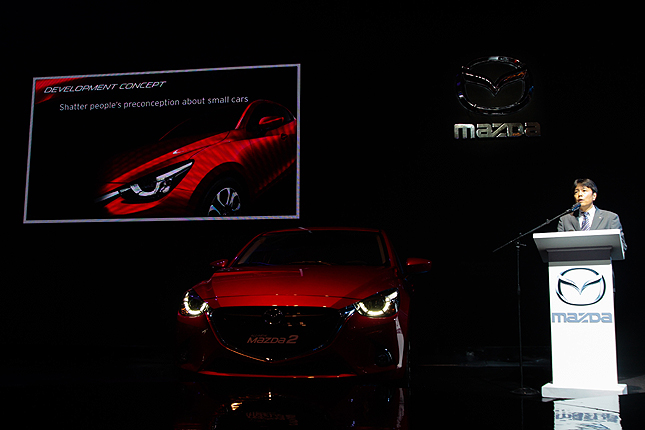 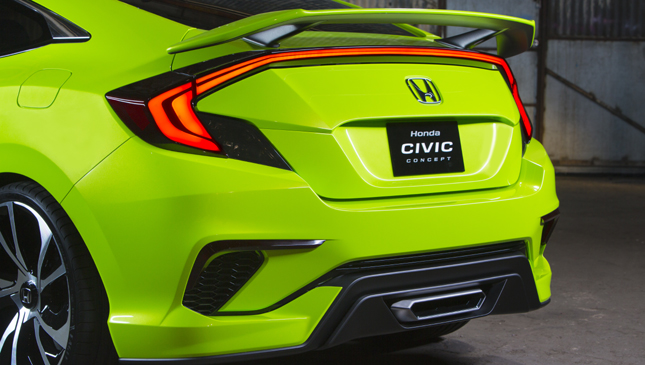 Want to know how the next Honda Civic will look like?
View other articles about:
Read the Story →
This article originally appeared on Topgear.com. Minor edits have been made by the TopGear.com.ph editors.
Share:
Retake this Poll
Quiz Results
Share:
Take this Quiz Again
TGP Rating:
/20