The new Suzuki Ertiga has landed

A closer look at the Indian-market MPV
by Niky Tamayo | Jul 17, 2014
CAR BRANDS IN THIS ARTICLE 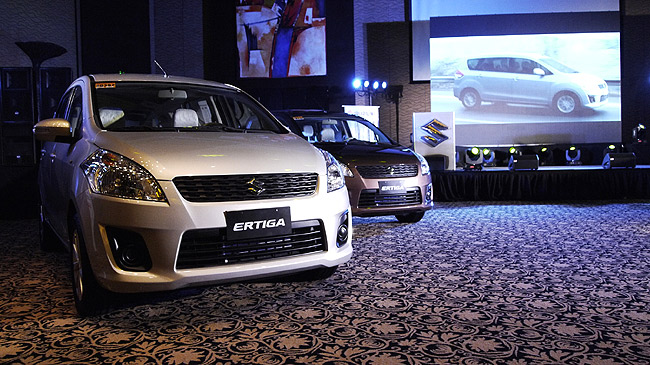 So, it's official: The Suzuki Ertiga is now here. With much fanfare, Suzuki launched the Indian-market seven-seater at the Bellevue Hotel in Alabang on Tuesday, on the eve of typhoon Glenda.

The buzz around this Indian-made, Swift-based MPV has been pretty big, considering Suzuki isn't on most people's radars. And that's because the Ertiga is big news for Suzuki. Is this a case of LUV at first sight?

LUV, in this case, stands for "life utility vehicle," which sounds a bit silly, but this is one "utility vehicle" you can truly live "life" with. Despite the Swift connection, it's actually a pretty large car. Admittedly, the Ertiga's cargo capacity trails that of the cavernous Chevrolet Spin, at just 113 liters--135 if you count the hidden compartment--with the third row up and 810 liters with both second and third rows folded. But the incredible 2,740mm wheelbase--just 10mm shy of the Toyota Innova--and exclusive sliding second row give it unparalleled seating flexibility and comfort. And headroom is excellent despite the seemingly low ceiling.

Refreshingly, the fit and finish seem better than the stubby Dzire sedan, which is also made in India, though not quite at the level of the Japanese-made Swift 1.4. Yet, the Ertiga costs only P51,000 more than the Dzire. And you get a whole lot of car for that money.

The basic Ertiga GA, at P619,000, comes with the same 95hp 1.4-liter engine as the P749,000 Swift hatchback. Suzuki didn't have one on display, but we did get to sit in one at the Suzuki plant before the launch. From memory, it comes with a basic 1-DIN stereo, steel wheels and manual door locks. It gets power windows, but no second- or third-row headrests. The Ertiga's target competition, the Avanza 1.3 J at P639,000, gets second-row headrests but lacks third-row seating.

The mid-level Ertiga GL comes in at P712,000, with ABS+EBD, three-point belts in the rear, nicer trim and slightly fancier seat fabric, alloy wheels, a nicely integrated 2-DIN stereo, and those missing headrests. This one looks to be the sweet spot in the Ertiga lineup. If you want it with the four-speed automatic transmission, that will cost you P752,000. These cars undercut the two Avanza 1.3 E variants by P5,000 each.

The top-spec Ertiga GLX costs P812,000, and comes with keyless entry, steering-wheel audio controls, a rear wiper, foglights, and all the other goodies on the GL. It's at this point that the competition gets interesting, as the well-equipped and more powerful Avanza 1.5 G and the frugal Spin LS only cost a little more.

Surprisingly, Suzuki won't be dropping the APV, which will soldier on for sale to fleet clients. Unsurprisingly, interest is so high that sales had started even before the official launch, and some of those sales were to Suzuki's own employees, who seem to have fallen in LUV with the new seven-seater.

At these prices, who can blame them? 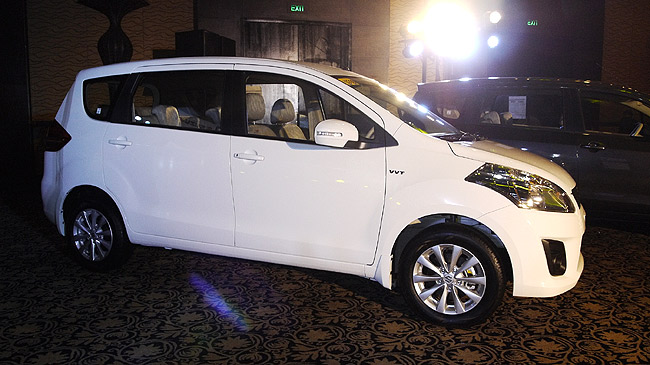 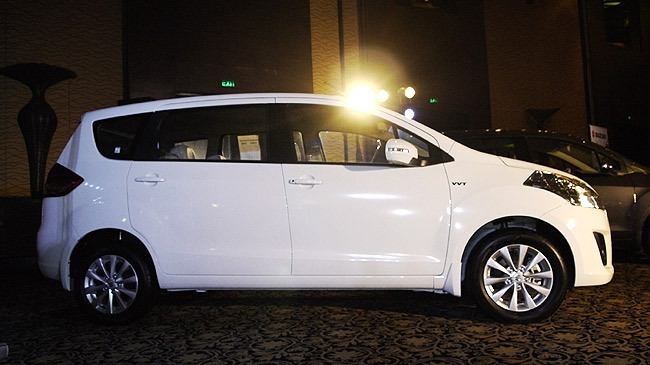 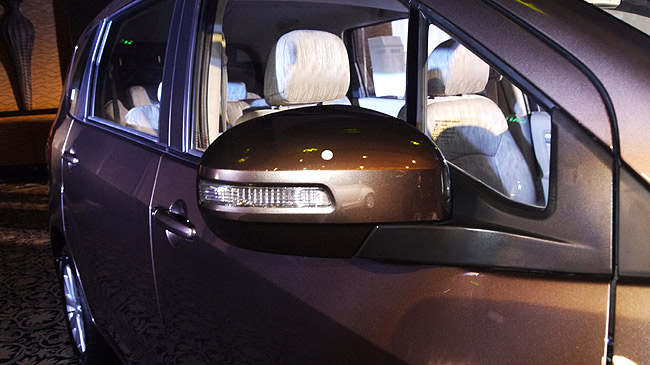 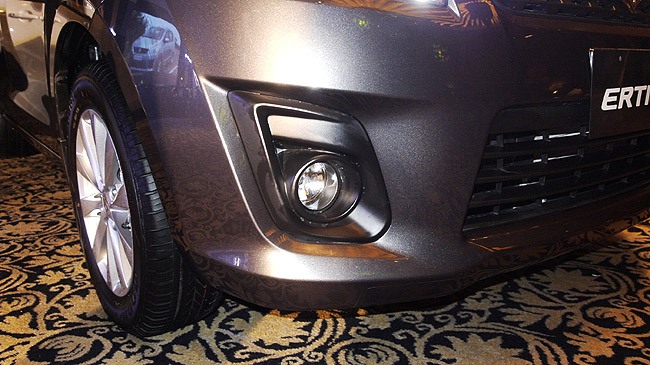 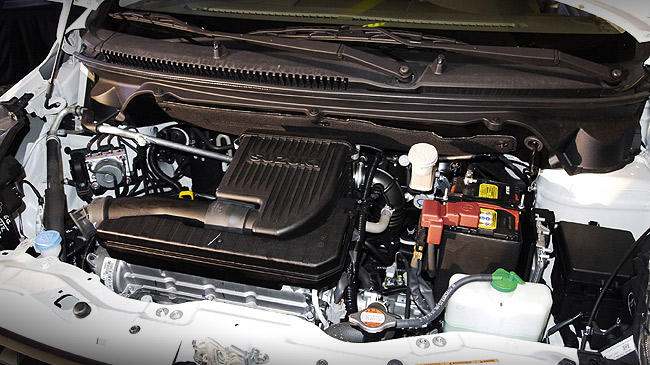 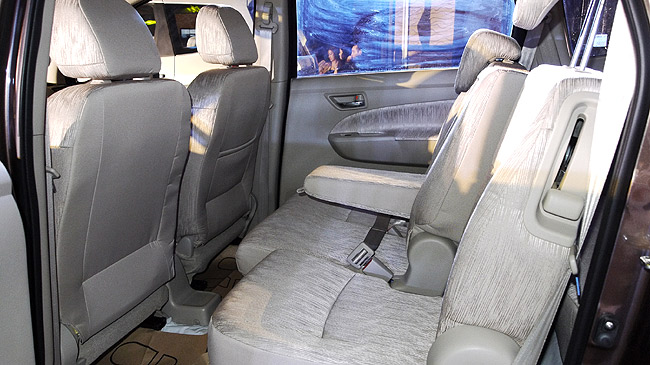 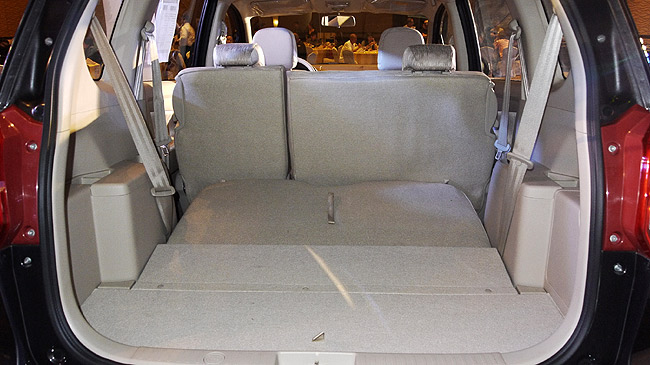 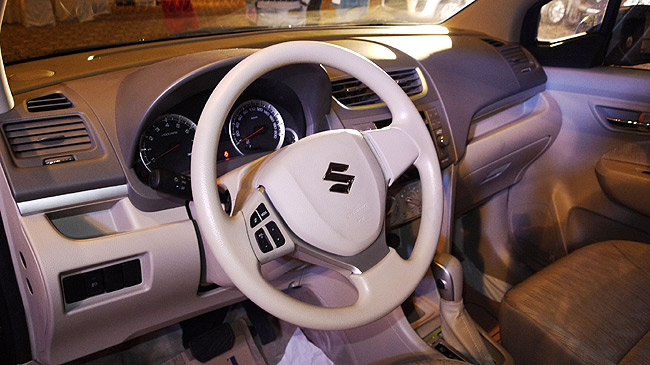 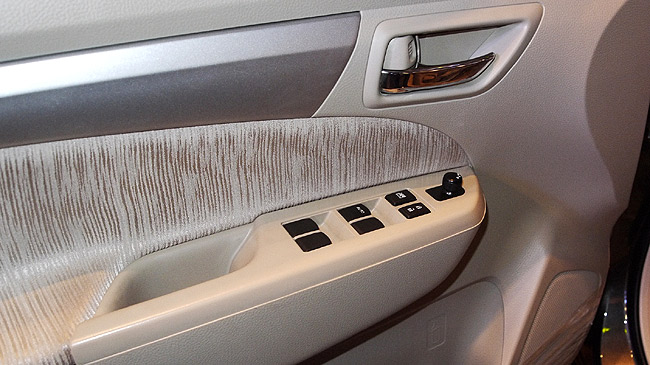 Jaguar wants you to be in a racing video game with virtual windscreen
View other articles about:
Read the Story →
This article originally appeared on Topgear.com. Minor edits have been made by the TopGear.com.ph editors.
Share:
Retake this Poll
Quiz Results
Share:
Take this Quiz Again
TGP Rating:
/20