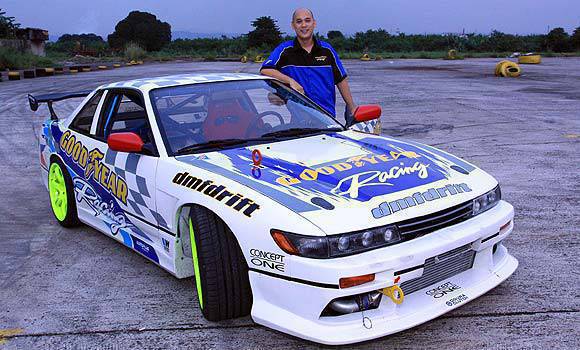 DMF Drift hopes to make the country proud when the team represents the Philippines in Formula Drift 2009 Series in Thailand next month and in Malaysia in December.

DMF Drift is led by David M. Feliciano, who pioneered drifting in the Philippines in 2005. He established the DMF Garage, which tunes and modifies cars for drifting; and the DMF Drift School, which provides students with the right skills and attitude for drifting.

Goodyear Philippines consumer replacement manager Dan Aquino said the tires were designed to give the DMF Team the best grip and control for the Formula Drift competition.

The Philippine team will compete with 2001 D1 Japan Grand Prix champion Ryuji Miki and "Mad Mike" Whiddett of New Zealand, as well as other drifters from Hong Kong, Malaysia, Singapore, and Thailand.

Formula Drift challengers will be judged based on speed, line, angle and overall impression during the drifting competition.

Isuzu hopes to boost sales with last-quarter promo
View other articles about:
Recommended Videos
Read the Story →
This article originally appeared on Topgear.com. Minor edits have been made by the TopGear.com.ph editors.
Share:
Retake this Poll
Quiz Results
Share:
Take this Quiz Again
TGP Rating:
/20