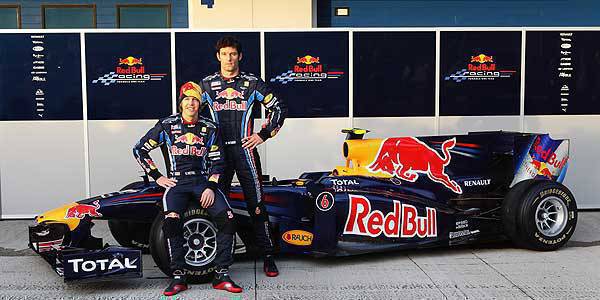 Red Bull Racing has launched the RB6, an evolution of its 2009 race car which brought the team to a second place finish in last year's Formula One campaign.

The team said RB6's revelation late in the pre-season tests sessions was an intentional move to further develop the car.

Team principal Christian Horner seconded Newey, saying "there's no point in burning up engine mileage and rubber on an RB5. We'd rather use the tires for quality testing at the three tests that we have confirmed we'll run at, starting with the first test in Jerez."

Partnering Webber for this season is Sebastian Vettel who narrowly missed the driver's title last season by 11 points.

Honda expands recall on airbag defect
View other articles about:
Read the Story →
This article originally appeared on Topgear.com. Minor edits have been made by the TopGear.com.ph editors.
Share:
Retake this Poll
Quiz Results
Share:
Take this Quiz Again
TGP Rating:
/20