Honda Civic launch to be delayed

Moved to early next year
by Vernon B. Sarne | Jun 8, 2011
CAR BRANDS IN THIS ARTICLE

If you recall, we recently reported that the ninth-generation 2012 Honda Civic could be launched in the Philippines "as early as December," as verified by Honda Cars Philippines vehicle sales and corporate communications boss Voltaire Gonzales. Well, that plan may now be totally out of the question as the new Civic's production timetable has been pushed back due to the March 11 calamity in Japan.

According to Honda Pasig general manager Leo Dolendo, "the initial target was toward the fourth quarter of the year, but due to the disaster issues, we may be looking at a slide toward early next year. But everything is fluid at the moment, and Honda's top guys are still doing their best to meet the original plan."

Gonzales, for his part, reveals that there is "no definite schedule yet for the new Civic's launch, but it will definitely not be for sale this year. All product-introduction plans are under review after the Japan earthquake. We will get firm directions by the end of June."

Asked where the new Philippine-market Civic will be assembled, Gonzales says that there is "no official announcement yet. We'll get info first week of July."

Dolendo, however, hazards a guess: "I believe it's going to be in Thailand due to economies of scale and favorable conditions of trade agreements. That's my guess, unless the production volume justifies otherwise. It's just my gut feel."

Can't wait for the arrival of the new Civic? Here's a photo of the JDM version, which we think we'll get here. It looks almost like the US version, except for the grille. 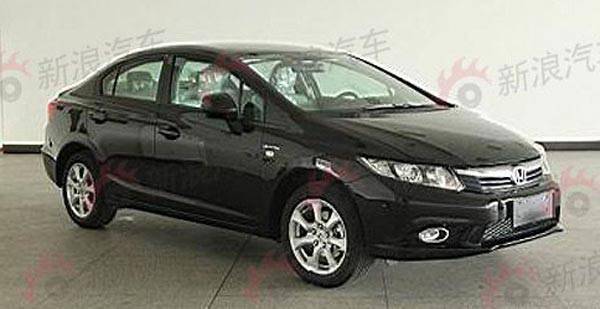