Picking up the pieces
Mar 14, 2011
CAR BRANDS IN THIS ARTICLE 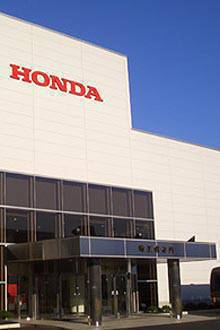 The 8.9-magnitude earthquake that hit Japan has hampered Honda Motor's operations as the Tochigi area, where the carmaker runs a number of its operations, was severely damaged.

Honda production facilities that will be temporarily closed are Tochigi's engine, transmission and chassis parts plants; and two of its Saitama plants--the one in Ogawa, which produces automobile engines, and the one in Sayama, which manufactures the CR-V, Accord, Fit, Acura RL and TSX. Honda's operations in two Hamamatsu plants, which manufacture automobile transmissions and outboard marine engines, will also be halted. The Suzuka factory, which produces the hybrid models of the Fit, Civic, Insight and CR-Z will be closed today while the Kumamoto motorcycle factory in southern Japan remains operational.

Honda has also confirmed that one of its employees at the Tochigi Research and Development Center was killed when a wall collapsed in the facility's cafeteria. More than 30 Honda employees were also injured from collapsing ceilings and other damages wrought by the earthquake.

"Honda in Japan is assessing the resumption of operations and the long-term impact to its operations from the Japan earthquake," Honda said in its statement.

Mazda announces production halt in two Japan plants
View other articles about:
Read the Story →
This article originally appeared on Topgear.com. Minor edits have been made by the TopGear.com.ph editors.
Share:
Retake this Poll
Quiz Results
Share:
Take this Quiz Again
TGP Rating:
/20