Chevrolet PH to focus on LCVs in 2015; expecting to launch 2 models 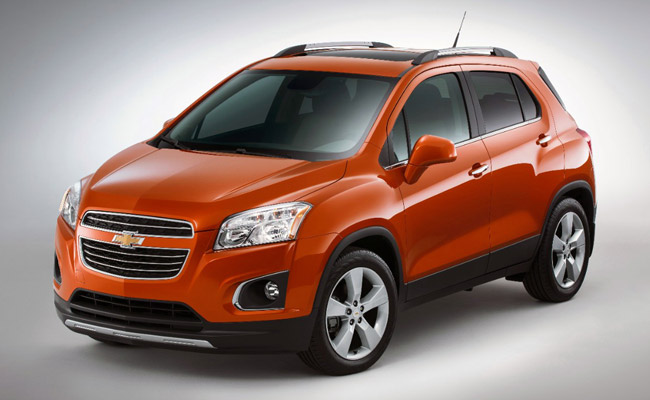 What you see in the photo above is the Chevrolet Trax, a cute crossover SUV that is smaller than the Captiva. In late November last year, we did a story saying this model would not be sold in the ASEAN region, quoting General Motors Southeast Asia communications director Laurent Berthet, who said at the time: "As much as I personally would like to bring it in, it's not in our plans. Our Rayong plant is already working at full capacity, manufacturing six different vehicles and body styles. We simply can't squeeze it in, and it will become too expensive if we ship it in."

The Trax will be sold in the US beginning January 2015.

Yesterday, however, we had a chance to talk with Chevrolet Philippines (aka The Covenant Car Company Inc.) president Atty. Albert Arcilla during a media luncheon to celebrate his company's fifth anniversary. He told TopGear.com.ph that Chevrolet Philippines will concentrate on light commercial vehicles next year, beginning with an SUV that is positioned "between the Captiva and the Trailblazer" in the second quarter.

Now, we don't know of any such model that exists right now. We didn't see one at the Chevrolet booth at this year's Bangkok Motor Show. So it's possible that this SUV will be launched globally in the coming months.

Then there's a second LCV model that Atty. Arcilla mentioned, and it's a subcompact SUV that's "below the Captiva"--which fits the very description of the Trax. So it's either the Trax is coming to the ASEAN region after all, or the car being referred to is an entirely new model that's still under wraps as you read this.

Whatever the case may be, you now know that there are two Chevrolet crossover SUVs--one guaranteed and another still being negotiated--coming our way in 2015.