Who are the lucky players?
Jun 3, 2014
CAR BRANDS IN THIS ARTICLE 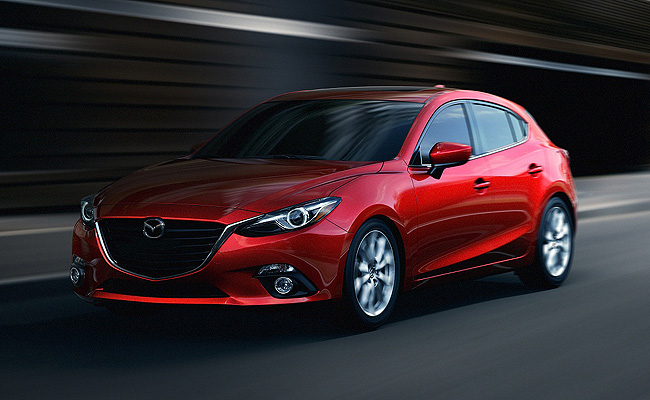 Mazda Philippines is making a big move in promoting its brand by signing on as a major sponsor of the 2014 University Athletic Association of the Philippines season's television coverage starting in July.

According to the company, its season-long presence will be seen through the live TV coverage of UAAP basketball games "where the brand will present highlights of various fastbreak and best plays."

"Mazda is excited to work with and support UAAP Season 77 with the all-new Mazda 3 Skyactiv," said Berjaya Auto Philippines president and chief executive Steven Tan. BAP is the exclusive distributor of Mazda vehicles in the country. "The UAAP is the most exciting and most anticipated sporting event in the Philippines. The UAAP shares the same core values with every Mazda vehicle--dynamic performance, fast pace and a youthful appeal. It is only natural for us to create this synergy with the UAAP on TV."

The biggest promotion for Mazda Philippines' association with the UAAP will come via the collegiate league's top five basketball players. The carmaker is providing each of them a Mazda 3 unit for the entire season. The five players are Thirdy Ravena of Ateneo de Manila University, Arnold Van Opstal of De Las Salle University, Aljon Mariano of University of Santo Tomas, Roi Sumang of University of the East, and Cris Tolomia of Far Eastern University.

The five UAAP players will serve as Mazda Philippines' brand ambassadors in their respective schools, with each of them being briefed on the various Skyactiv technologies used on the compact car.

"We're excited to see these up-and-coming basketball superstars drive around town in the new Mazda 3 cars," Tan added. "There's nothing like having the right car that speaks volumes about its driver. And we know that with the Mazda 3's dynamic persona, it will be a perfect match for each of our five college basketball idols."

Just in case you're wondering why Thirdy Ravena was tapped by Mazda Philippines and not his older (and significantly more popular) brother Kiefer, it's because the latter--as of last year anyway--was signed by Suzuki Philippines as its endorser.

Cosworth creates performance packages for Toyota 86, Subaru BRZ
View other articles about:
Read the Story →
This article originally appeared on Topgear.com. Minor edits have been made by the TopGear.com.ph editors.
Share:
Retake this Poll
Quiz Results
Share:
Take this Quiz Again
TGP Rating:
/20